Park Avenue Armory Presents North American Premiere of Heiner Goebbels’ Everything That Happened and Would Happen, An Armory Commission that Re-enacts 100 Years of History Through a Hypnotic Productio 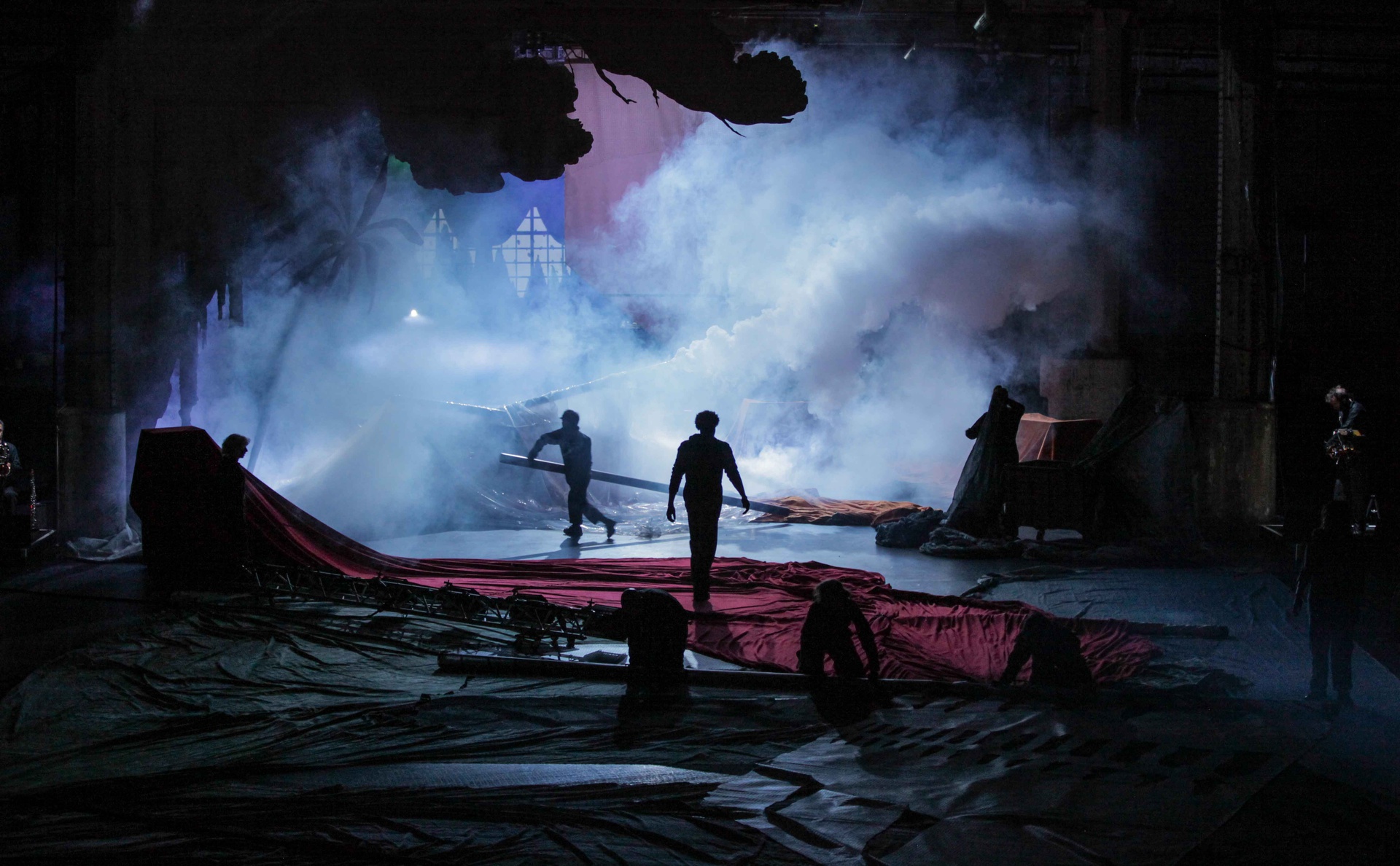 Image
Heiner Goebbels, Everything That Happened and Would Happen (2018). Photo: Thanasis Deligiannis

Transforming Park Avenue Armory’s Wade Thompson Drill Hall into an apocalyptic wasteland, visionary director and composer Heiner Goebbels returns to Park Avenue Armory with the North American premiere of Everything That Happened and Would Happen, marking Goebbels’ third collaboration with the institution over the last 10 years. Reconstructing 100 years of global history in the Drill Hall, Everything That Happened and Would Happen is a multimedia production that combines live music, choreography, and moving image to overturn dominant historical narratives and invite alternative ways of thinking. As with many of Goebbels’ works, he asks the audience to make sense of the visual and aural pictures that unfold—leaving the audience to answer the questions that arise through the performance. This Park Avenue Armory commission, which adapts the original Artangel and 14-18 NOW production, will occupy the Wade Thompson Drill Hall June 3–9. The production was created in Manchester in 2018 and presented in a former railway depot.

“We are thrilled to welcome Heiner Goebbels back to the Park Avenue Armory. Everything That Happened and Would Happen embodies the Armory’s artistic vision, offering an immersive, genre-defying, bold, and unforgettable experience,” said Rebecca Robertson, Founding President and Executive Producer of Park Avenue Armory. “We are excited to provide a canvas for Heiner to transform the Drill Hall in realization of his artistic vision, and to add his newest work to the rich tapestry of productions that have engaged audiences at the Armory.”

Taking the First World War as a starting point, Everything That Happened and Would Happen employs five musicians and 12 performers and dancers, who drag industrial and theatrical props around the stage to construct and deconstruct world history. The work is inspired by source materials that document society from the First World War to present day: Goebbels draws from Patrik Ouředník’s book Europeana, a brief history of the 20th century, that deconstructs dominant historical narratives; John Cage’s opera Europeras 1&2; and the Euronews show, “No Comment,” which depicts events around the world without commentary. Goebbels combines these sources—along with his fascination with literature, politics, and anthropology—for rich visual compositions accompanied by a live score of classical, jazz, and contemporary music.

The musical compositions reflect a broad sonic repertoire, created through the rehearsal process by musicians Camille Emaille, Gianni Gebbia, Cécile Lartigau, Léo Maurel, Nicolas Perrin, and Heiner Goebbels, himself—including a composition by Olivier Messiaen. The score includes dissonant, intricate melodies and a soundscape of nontraditional acoustics and instruments such as an Ondes Martenot, and narration from Europeana.

Curated daily, recent world news events from the Euronews show “No Comment” are projected in the space, providing a topical backdrop as a counterpoint to the performance, with just the date of recording and location as indicators. Goebbels thus invites the audience to serve as co-collaborators, connecting the visuals with their own experiences to construct an alternative history of the 20th century and how it has brought us to the world of today.

“Heiner Goebbels is an artist who defies classification. Composer, visual artist, theatrical pioneer, philosopher, and poet of the stage, he has for decades created compelling productions using a wide variety of performers: from charismatic actors to youth choirs, from kinetic machines to a herd of sheep, symphony orchestras, and dancers. His oeuvre so far—sometimes very intimate, sometimes epic and large in scale—has moved the goal posts of the performing arts and acted as a powerful inspiration to a new generation of makers in several fields,” said Pierre Audi, the Marina Kellen French Artistic Director of Park Avenue Armory. “The Drill Hall thrives on art forms flirting with each other, teasing us, provoking us, challenging us. Goebbels is the ring master par excellence who offers us a production especially inspired by the Armory space. The result is an immersive experience that leaves each of us, the spectators, with our own experience and interpretation.”

Everything That Happened and Would Happen is part of Park Avenue Armory’s 2019 season that includes: German filmmaker and visual artist Hito Steyerl’s site-specific film installation commissioned by the Armory; the North American premiere of acclaimed director Satoshi Miyagi’s adaptation of Antigone, which reimagines Sophocles’ canonical and timeless play within a large river of water; Theaster Gates’ renowned Black Artists Retreat, a multi-day convening of black artists, which will include public events such as a celebration in the Wade Thompson Drill Hall with roller skating, DJs, and performers, along with keynote conversations as part of the weekend’s event; and the world premiere of a new adaptation by Obie Award-winning Pulitzer Prize finalist Christopher Shinn of the gripping moral parable Judgment Day, in a new production commissioned by the Armory and staged by award-winning director Richard Jones.

Previous engagements at the Armory include Nick Cave’s The Let Go, a complete transformation of the Wade Thompson Drill Hall into a multi-sensory, dance-based town hall; Simon Stone’s critically acclaimed, Obie Award-winning, and four-time Drama Desk-nominated production Yerma, starring Billie Piper and performed within glass walls; Obie Award-winning and eight-time Drama Desk-nominated play The Hairy Ape, directed by Richard Jones and starring Bobby Cannavale in a production where the audience was surrounded by a massive revolving stage; Obie Award-winning A Room in India (Une chambre en Inde) with Le Théâtre du Soleil under the direction of Ariane Mnouchkine; Circle Map, two evenings of immersive spatial works by internationally acclaimed composer Kaija Saariaho performed by the New York Philharmonic with mise-en-espace by Armory Artistic Director Pierre Audi; and Macbeth, directed by Rob Ashford and Kenneth Branagh, and starring Branagh and Alex Kingston, for which the Wade Thompson Drill Hall was transformed into a bloody, rainy Scottish heath; and the unprecedented residency of the Royal Shakespeare Company of five productions in repertory over six weeks in association with Lincoln Center Festival.

Park Avenue Armory Presents North American Premiere of Heiner Goebbels’ Everything That Happened and Would Happen, An Armory Commission that Re-enacts 100 Years of History Through a Hypnotic Productio