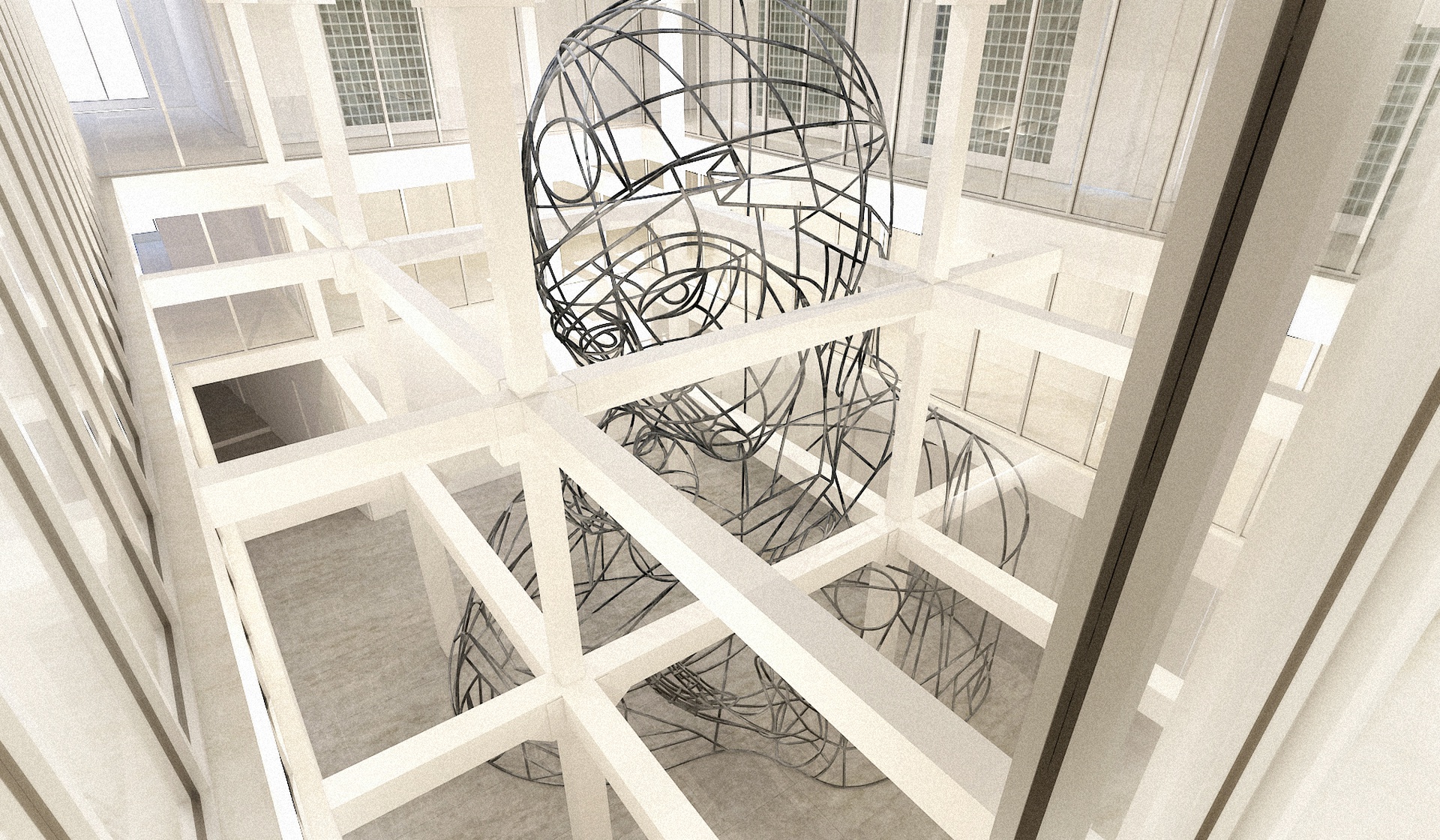 The Institute of Contemporary Art, Miami (ICA Miami) presents a major survey of renowned German artist Thomas Bayrle, opening on November 29, 2016, during Art Basel Miami Beach. Marking the first American museum presentation dedicated to the artist, One Day on Success Street traces Bayrle’s exploration of the profoundly complex impact of technology on humans and their environments over the course of his nearly 50-year career and across a range of media including painting, sculpture, video, collage, and installation. A centerpiece of the survey will be Wire Madonna, a newly commissioned and monumental site-specific installation created for ICA Miami’s Atrium Gallery. Organized by Deputy Director and Chief Curator Alex Gartenfeld and Assistant Curator Stephanie Seidel, and on view through March 26, 2017, the exhibition marks ICA Miami’s final presentation in the landmark Moore Building, as it looks forward to the opening of its new permanent home in the Miami Design District in late 2017.

“Bringing to the fore one of the most seminal artists of our era, this exhibition is a prime example of the significant programming ICA Miami has produced since its founding and that we will continue to present in our new home,” said Ellen Salpeter, director of ICA Miami. “Bayrle’s work offers a revelatory interpretation of contemporary culture, and reflects the museum’s commitment to the exchange of ideas and to providing a platform for the most experimental artists working today.”

“Bayrle is known for his prescient depictions of mega cities and bodies consumed by machines—images that foreshadowed developments in our culture, not to mention the incorporation of digital techniques into the artistic realm,” said Gartenfeld. “This survey brings together nearly 50 years of work that navigates pop and conceptual art, highlighting the artist’s influence on generations of practitioners and our culture at large.”

Featuring some 150 works from the late 1960s through the present day, the centerpiece of the exhibition will be a monumental site-specific installation, Wire Madonna, the artist’s first large-scale steel sculpture. Composed of welded steel tubing, the sculpture will reach the museum’s fourth floor at a height of approximately 33 feet. As a subject that has long fascinated the artist, the ubiquitous figure of the Madonna, with its repeating colors and forms, represents Bayrle’s interest in seriality and mass-production while simultaneously reflecting wonder and total singularity in the eyes of those who experience it. For his ICA Miami exhibition, Bayrle will create his own Madonna sculpture for the first time—exploring themes that have remained central to his practice throughout his long career.

In the second-floor galleries, the exhibition begins with Bayrle’s handmade representations of highways, which are expressively rendered as elaborate landscapes. In a related series of works, these motifs evolve into modern cities and waves of pedestrians set into interminable grids. At the center of Bayrle’s complex worlds is the figure and individual experience. This focus is especially evident in his landscapes of the 1970s, which frequently transform into eerie bodies. In one untitled series, a city morphs into the figure of Carlos the Jackal, considered the world’s first terrorist, who is a symbol of alienation and trauma. In a group of large-scale paintings—exhibited for the first time—businessmen are depicted as Orthodox icons on altarpieces. Bayrle’s well-known silkscreens, in which human forms repeat endlessly, either in states of sexual ecstasy or in political and labor formations, are expressions of fascination and joy, of mutation and fracture. Characteristic of Bayrle’s references to commercial icons and consumer culture, the works reflect the artist’s interest in the transformation of popular figures in a media-saturated world.

Thomas Bayrle (b. 1937) is a Frankfurt-based artist whose works spans mediums and movements including Pop, Op, and Conceptual art. His humorous and satirical multimedia works are characterized by “super-forms,” large images composed of repetitive smaller cell-like patterns. His work is influenced by his experience of growing up in post-Nazi Germany, where he trained and worked as an industrial weaver. Other major influences include the Frankfurt School of political and aesthetic theory and his collaborations on corporate identities with international corporations.