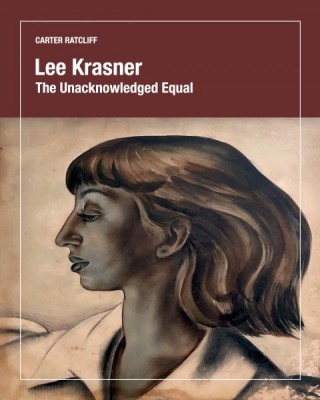 The Pollock-Krasner Foundation today announced the publication of Lee Krasner: The Unacknowledged Equal by art critic, poet, and writer Carter Ratcliff. In the long-form essay, Ratcliff investigates Krasner’s life and practice from her early days as Hans Hofmann’s student to the production of her late masterworks. Through meticulous research and careful analysis, Ratcliff provides detailed insight into the evolution of Krasner’s work, worldview, and relationship with Jackson Pollock—definitively bringing her out of Pollock’s shadow. Ratcliff goes beyond giving Krasner her rightful due, he sheds new light on her accomplishments and argues that Krasner was as much the inventor of “allover” painting as Pollock. The scholarly essay is available to download at no charge at pkf.org. A bound, fully illustrated, print version of the essay will be available later this year.

The foreword to Lee Krasner: The Unacknowledged Equal is written by art critic, poet, and writer John Yau who notes, “Ratcliff’s reading of the extent that Krasner and Pollock influenced each other as they approached the breakthrough of what we know as “allover” painting is eye-opening, thrilling, and indispensable: he has shown us something we have not seen before, even though it has literally been in front of our eyes for more than 70 years.”

“For over three decades, the Pollock-Krasner Foundation has been dedicated to advancing scholarship on Lee Krasner and Jackson Pollock while also providing support to emerging and established artists,” said Ronald D. Spencer, Chairman and CEO of the Pollock-Krasner Foundation. “Given Carter Ratcliff’s prolific career as a critic and author, his commitment to thorough research, and his deep knowledge of Krasner’s work, it is an honor to publish this volume. There has long been an imbalance in the recognition accorded Krasner and Pollock. Ratcliff rebalances their legacies and enables us to see the work of both artists with new eyes.”

“As happy as I have been to see Lee Krasner recognized, at long last, as a leading member of the Abstract Expressionism’s first generation, I felt as well that the most important part of her story had not yet been told,” said Carter Ratcliff, author of Lee Krasner: The Unacknowledged Equal. “It has to do with the “allover” image, an innovation routinely credited to Jackson Pollock. Often described in narrowly formal terms, the allover image is, in fact, an inexhaustibly powerful symbol of American ideals of equality and unbounded possibility. In looking closely at the intertwined art and lives of Krasner and Pollock during the mid-1940s, I saw that she was not merely present at the birth of this radically new way to make a painting. She took an active and equal part in its creation. Lee Krasner: The Unacknowledged Equal is meant to take the full measure of her importance to the history of art—and to our culture.”

To accompany the print version of Lee Krasner: The Unacknowledged Equal, to be released later this year, the Foundation will collaborate with a range of partners to present panels and events on Krasner’s work and legacy. More details on these events will be announced in the coming months.

The Foundation has provided invaluable resources to support artists and non-profit organizations since its inception in 1985. Recently, the Foundation provided grants to works that advance scholarship on Krasner’s legacy, including the Barbican Centre’s monograph that accompanied Krasner’s first major European retrospective, Lee Krasner: Living Colour. Since the exhibition’s opening at the Barbican Centre in May 2019, it has traveled across Europe and is currently on view at Zentrum Paul Klee in Switzerland until August 16, 2020. Later this year, the exhibition will be on view at the Guggenheim Bilbao in Spain. The Foundation also supported the memoir Lee and Me: An Intimate Portrait of Lee Krasner, published in May 2020 by the late Ruth Appelhof,former Executive Director Emeritus of Guild Hall.

In May, the Foundation announced that it awarded nearly $3 million to 121 artists and not-for-profit organizations during its 2019-20 grant cycle, providing vital support to emerging and established artists nationally and internationally. For more information on the recent grant recipients, visit www.pkf.org/press-releases/.

For more than three decades, the Pollock-Krasner Foundation has supported working artists and not-for-profit organizations internationally. Established in 1985 through the generosity of Lee Krasner, one of the foremost abstract expressionist painters of the 20th century and widow of Jackson Pollock, the Foundation is a leader in providing resources to emerging and established artists. To date, the Foundation has awarded nearly 5,000 grants totaling $79 million in 78 countries. For more information, including guidelines for grant applications, visit the Foundation’s website: www.pkf.org.

Carter Ratcliff is a poet and art critic, the author of The Fate of a Gesture: Jackson Pollock and Postwar American Art; Out of the Box: The Reinvention of Art 1965-1975; and Andy Warhol, as well as books on Francis Bacon, Gilbert & George, Alex Katz, Marisol, Georgia O'Keeffe, John Singer Sargent, and other artists. His writings on art have appeared in catalogues published by The Solomon R. Guggenheim Museum; the Museum of Modern Art, New York; and the Royal Academy, and many other museums in the United States and abroad. His writing has also appeared in such journals as Art in America, Artforum, ArtNews, Tate, Art Studio, Hyperallergic, and The Brooklyn Rail. He is a contributing editor at Art in America and the recipient of a Guggenheim Fellowship and the Frank Jewett Mather Award for Art Criticism.