$50,000 Prize Supports Liu’s Project “Dreams of the High North: Between Survival and Belonging” at Hå Gamle Prestegard, a Norwegian National Arts and Cultural Institution, on view from June through September 2023 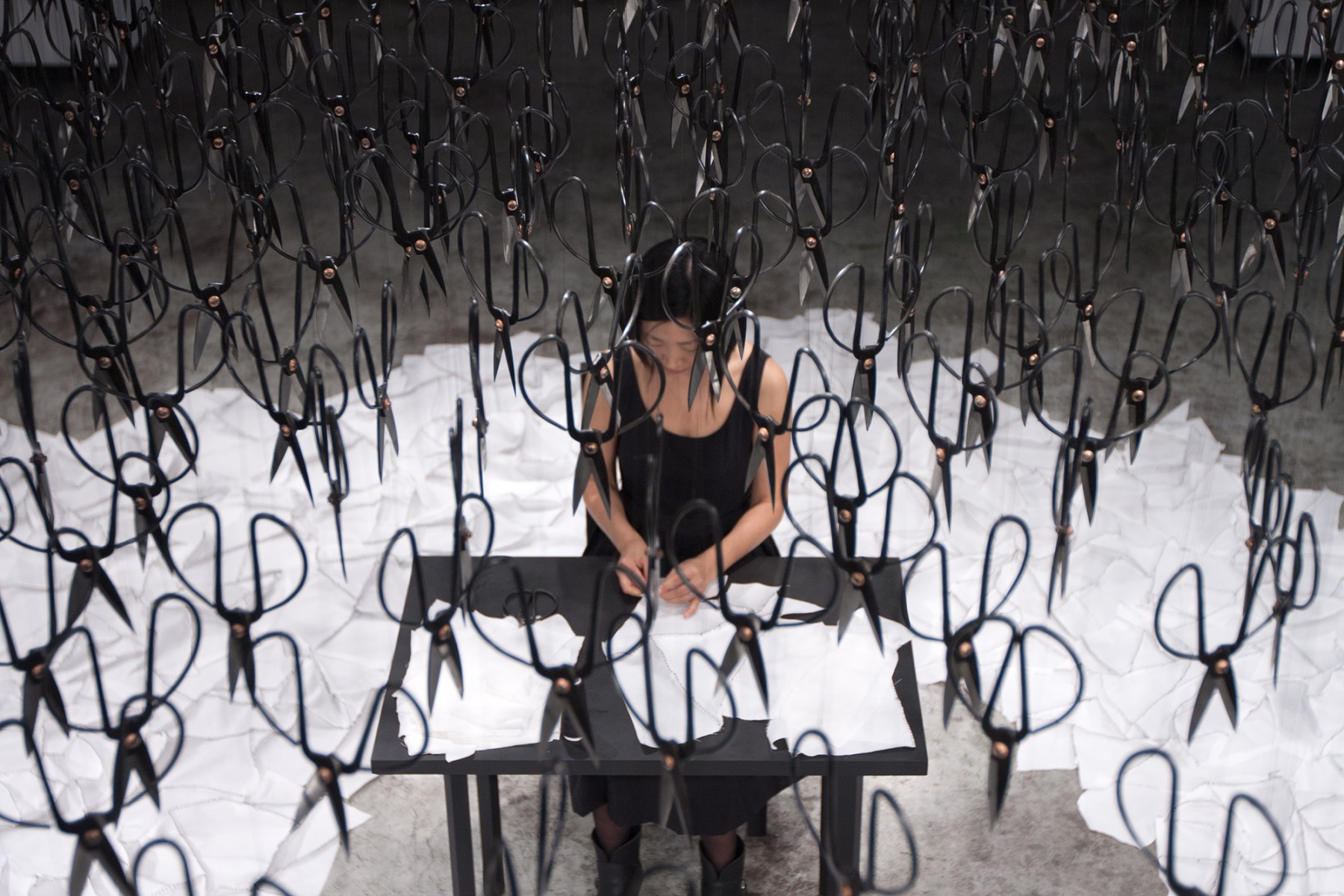 The Pollock-Krasner Foundation announced today that the Pollock Prize for Creativity is awarded to Beili Liu, a visual artist who creates site-specific installations and performances that address themes of migration and cultural memory, as well as labor, social, and environmental concerns. The $50,000 award is directed towards Liu’s sculptural installation and performance series Dreams of the High North: Between Survival and Belonging, a solo exhibition at the Norwegian national arts and cultural institution Hå Gamle Prestegard, on view from June 2023 through September 2023. The Pollock Prize for Creativity, established in 2016 to honor the artistic legacies of Lee Krasner and Jackson Pollock, is given to an artist whose work embodies high creative standards and has a substantial impact on individuals and society.

Liu currently serves as the 2021-22 Fulbright Arctic Chair, a Fulbright Distinguished Scholar Fellowship, an award that is among the most prestigious appointments in the Fulbright Scholarship Program. She will be conducting research in Tromsø, Norway and teaching at UiT, the Arctic University of Norway. This research will serve as the basis for her new series, Dreams of the High North: Between Survival and Belonging. The series aims to increase awareness of the fragile balance between human actions and the environment through an exploration of indigenous narratives of the past, present, and future. Born in China and working in the United States, Liu’s cross-cultural experience informs her work, which focuses on topics such as being part of a diaspora, assimilation, survival, and the ultimate question of otherness versus our shared need for belonging.

“Beili Liu is an immense talent whose work is both innovative and striking. From addressing environmental concerns to cultural narratives, in her work she encourages new ways of thinking and grappling with our shared histories,” said Ronald D. Spencer, Chairman and CEO of Pollock-Krasner Foundation. “Fostering new work from visual artists is at the core of the Pollock-Krasner Foundation’s mission, and we are delighted to help support her work and exhibition in Norway in the coming year.”

“Throughout my career as a visual artist, I have been committed to international and interdisciplinary exchange,” said Beili Liu. “I admire Pollock-Krasner Foundation's inclusive, global-facing mission of supporting artists to develop new work, mount exhibitions, and most importantly, to grow. I am deeply honored and humbled to have received the Pollock Prize for Creativity. The prize will provide essential support for my Arctic research and the development of a pivotal new body of work, Dreams of the High North: Between Survival and Belonging. I hold immense gratitude for this recognition at a significant juncture of my career. I know for certain that my experience and research in the High North will be life-changing and profoundly impact all my future work.”

Established in 1985 through the generosity of Lee Krasner, the Foundation provides grants to artists that allow them to create new work. Previous Pollock Prize winners include Todd Williamson, Amy Sherald, and Gideon Mendel. The Foundation also honors artists with the Lee Krasner Award, recognizing a lifetime of distinguished artistic achievement. Recipients of the Lee Krasner Award have included Mel Chin, Chris Drury, Alfred Leslie, Don Nice, Morgan O’Hara, and Masami Teraoka. Since its inception, the Foundation has awarded $82 million to nearly 5,000 grantees in 78 countries. These grants can be used by artists to create new work, rent studio space, and prepare exhibitions.

ABOUT BEILI LIU
Liu’s work has been exhibited in countries around the world, among them Norway, Finland, UK, Germany, France, Italy, Spain, Lithuania, China, Poland, Taiwan, and across the United States. Her solo exhibitions include shows at: Hå Gamle Prestegard; Norwegian National Art and Culture Museum; Galerie an der Pinakothek der Moderne, Munich, Germany; Museo di Villa Bernasconi, Como, Italy; Elisabeth de Brabant Art Center, Shanghai, China; Chinese Culture Foundation, San Francisco, CA; and the Crow Museum of Asian Art, Dallas, TX, among others. Her work has received support from numerous grants, fellowships, and awards including: Fulbright Arctic Chair, a Fulbright Distinguished Scholar Award, Norway (2021-2022); New York Foundation for the Arts Fiscal Sponsorship (2021); Joan Mitchell Foundation Painters and Sculptors Grant (2016); National Endowment for the Arts Challenge America Grant through the Museum of Southeast Texas (2014); and Robert Rauschenberg Foundation Artistic Innovation and Collaboration Grant through Women & Their Work Gallery (2013). Liu received her MFA from the University of Michigan, Ann Arbor (2003). Liu is the Leslie Waggener Professor in the College of Fine Arts at the University of Texas at Austin, where she is also a current Institute for the Humanities Fellow. Liu's teaching has been recognized by a Regents' Outstanding Teaching Award (2011), selected across the nine institutions of the University of Texas System.

ABOUT POLLOCK-KRASNER FOUNDATION
For more than three decades, the Pollock-Krasner Foundation has supported working artists and not-for-profit organizations internationally. Established in 1985 through the generosity of Lee Krasner, one of the foremost abstract expressionist painters of the 20th century and widow of Jackson Pollock, the Foundation is a leader in providing resources to emerging and established artists. To date, the Foundation has awarded nearly 5,000 grants totaling $82 million in 78 countries. For more information, including guidelines for grant applications, visit the Foundation’s website: www.pkf.org.