A New Building – the Rothko Pavilion – will Unify the Museum’s Campus and Create a New Community Commons Free and Open to the Public, As Well as New Exhibition Spaces and a Rooftop Deck and Sculpture Garden 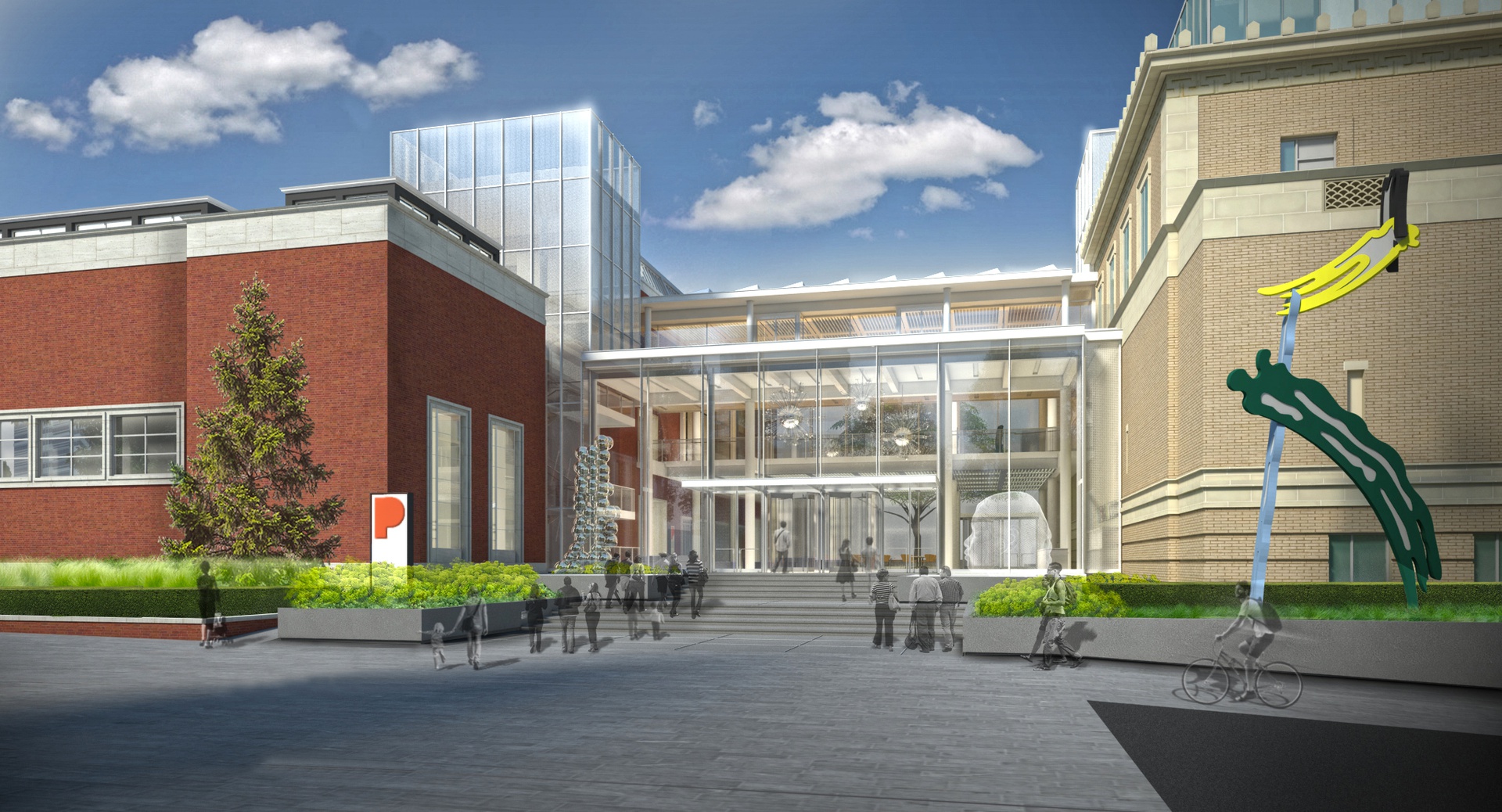 A New Building – the Rothko Pavilion – will Unify the Museum’s Campus and Create a New Community Commons Free and Open to the Public, As Well as New Exhibition Spaces and a Rooftop Deck and Sculpture Garden

Portland, Oregon (October 6, 2016) – The Portland Art Museum today announced both an expansion that will unify its campus by connecting the Museum’s freestanding buildings, and a 20-year partnership with the children of Mark Rothko, Christopher Rothko, and Kate Rothko Prizel. The partnership includes the loan to the Museum of major paintings by Mark Rothko from their private collection; paintings will be loaned individually in rotation over the course of the next two decades.

The expansion will feature a new glass-walled building, to be named the Rothko Pavilion, in recognition of the artist’s legacy in Portland—his home as a youth after immigrating from Latvia—and the Museum, where he took art classes as a teenager and where he received his first solo exhibition. The naming was made possible thanks to the lead gift from a donor who wished to remain anonymous so the pavilion could be named in Mark Rothko’s honor.

The expansion project will seamlessly link the Museum to the surrounding Cultural District with a new central entrance flanked by greenery and sculpture that opens onto an existing park. The project will make the Museum more publicly accessible, while knitting the campus together with the surrounding neighborhood and reducing the Museum’s carbon footprint. Groundbreaking is scheduled to take place in 2018, with an expected completion date for the project in late 2020 or early 2021. The Museum is launching the public phase of a $75-million capital and endowment campaign to fund the project. To date, $21.75 million (43 percent) of the $50-million capital goal has been raised, and $5.4 million has been raised towards the $25-million endowment goal.

“The partnership with the Rothko family is a homecoming of sorts, enabling us to share with the public major works from the family’s private collection, offer new insight into Rothko’s practice, and honor his legacy in the Pacific Northwest and the international arts community,” said Brian Ferriso, The Marilyn H. and Dr. Robert B. Pamplin Jr. Director and Chief Curator. “We are deeply appreciative of Christopher and Kate's extraordinary generosity in sharing these works with the people of Portland, the state of Oregon, and visitors to our city. Our plans for the Rothko Pavilion bring together the elements of the Portland Art Museum’s mission: to present exceptional works of art, develop exhibitions that take new perspectives on human creativity, and increase public accessibility and inclusion.”

“Our family is thrilled to enter into this partnership with the Museum,” said Christopher Rothko. “Portland played a formative role in my father’s youth, and we are eager to share these works with the public and give Rothko a more active role in the vibrant cultural life of this city. Our hope is that visitors will take the time to pause and engage with each of these paintings, and to participate in the process of ‘slow looking’ that the Museum has championed.”

Designed by Chicago-based Vinci Hamp Architects, the three-story Rothko Pavilion will add roughly 30,000 square feet of space to the Museum and will be anchored by a glass-walled stair tower that will connect the Pavilion to the Museum’s Main Building. In addition to the Community Commons, the Pavilion will feature 9,840 square feet of new gallery space, including space for contemporary and media art, as well as a new Education and Design Lab, and new space for the Museum’s library. The project will also create a third-floor sculpture garden that will provide visitors the chance to step outside and enjoy the Museum’s natural surroundings; the rooftop deck will also serve as a space for public programming and events. The paintings loaned by Christopher and Kate Rothko Prizel will be installed in light-controlled galleries adjacent to the new Rothko Pavilion.

"As we look forward to the next 125 years, we look to strengthen our connection between the Museum and the public it serves,” said Janet Geary, Chairman of the Portland Art Museum Board of Trustees. “Our campaign will connect building to building, the Museum to the community, people to art and to each other.”