Program Highlights for the 30th Annual Edition of The Art Show

The Art Show 2018 Celebrates Three Decades of Partnership Between the ADAA, Henry Street Settlement, and the Park Avenue Armory; Eleven Galleries from the Founding 1989 Fair and Many First-time Exhibitors to Showcase Ambitious Solo Shows, Curated Group Presentations, and Never-Before-Seen Works 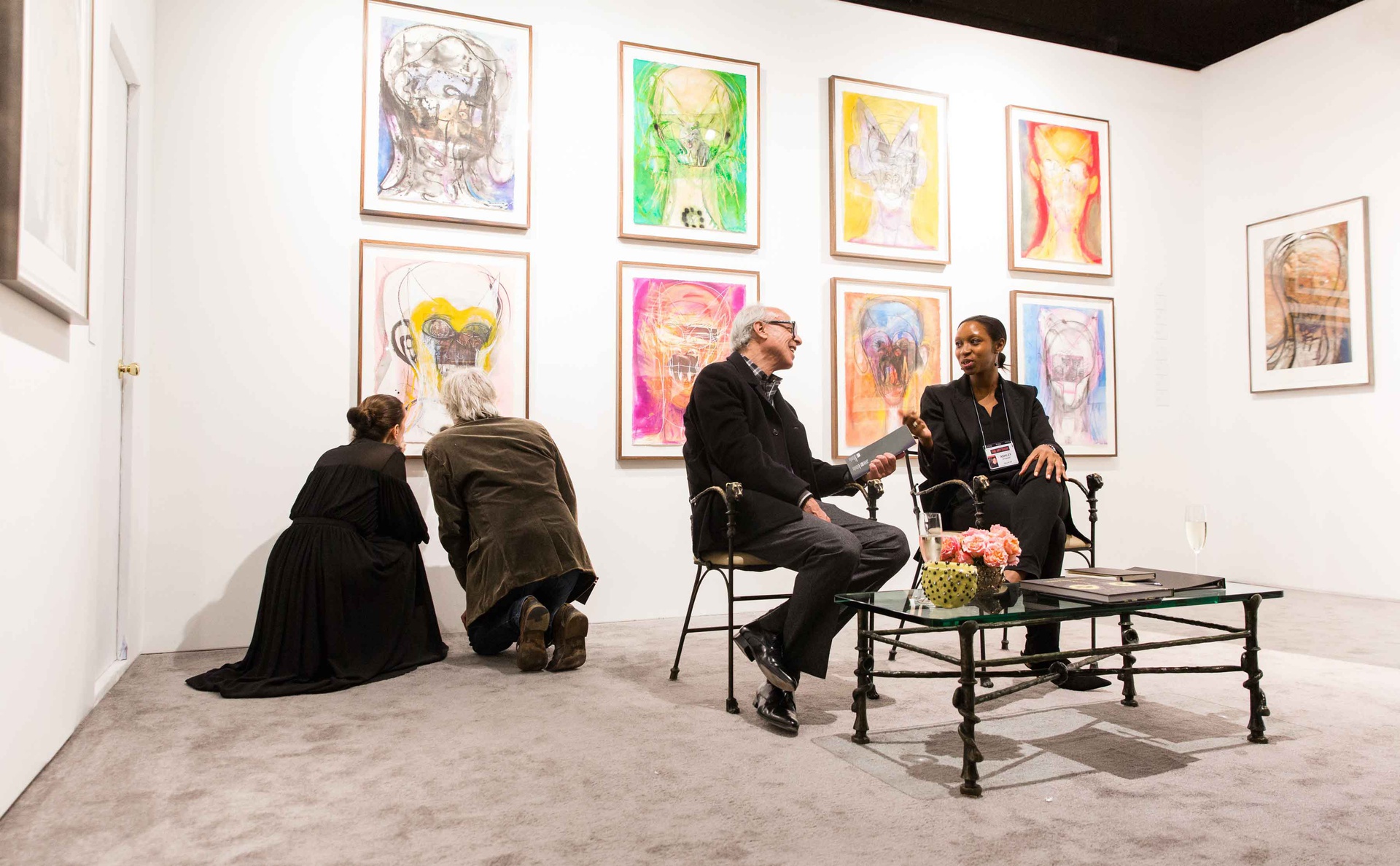 The Art Show 2018 Celebrates Three Decades of Partnership Between the ADAA, Henry Street Settlement, and the Park Avenue Armory; Eleven Galleries from the Founding 1989 Fair and Many First-time Exhibitors to Showcase Ambitious Solo Shows, Curated Group Presentations, and Never-Before-Seen Works

The Art Dealers Association of America (ADAA) today announced additional program highlights of the 30th edition of The Art Show, the nation’s longest-running and most respected art fair. Open to the public February 28 – March 4, 2018, The Art Show 2018 marks an unprecedented three decades of partnership between three major cultural organizations, the ADAA, the venerable community nonprofit Henry Street Settlement and New York City’s foremost cross-disciplinary cultural institution, the Park Avenue Armory. Since the fair’s inception, The Art Show has raised nearly $30 million for Henry Street Settlement through fair admission and proceeds from the annual Gala Preview, which kicks off this year’s fair on February 27. AXA Art Americas Corporation, the world’s premier insurance specialist for art and collections, continues its decade-long support of the ADAA and serves for the seventh year as Lead Partner of The Art Show.

Organized by the ADAA, a nonprofit membership organization of art dealers across the country, The Art Show 2018 welcomes eleven returning galleries from the first fair in 1989, as well as many first-time exhibitors presenting ambitious solo shows, curated group presentations and never-before-seen works. To celebrate this landmark edition, acclaimed ink artist Wang Dongling will create new abstract calligraphy work during a public performance on Wednesday, February 28, at 5:30 p.m. in association with his Chambers Fine Art presentation at The Art Show. For the fair’s annual keynote public program, the ADAA is pleased to welcome AXA Art Americas Corporation President and CEO Christiane Fischer to discuss the rich afterlives of damaged art. The free program, titled “The Value of ‘Dead’ Art: Afterlives of Damaged Works,” will take place at the Park Avenue Armory on Thursday, March 1, at 6:00 p.m.

“A visionary group of ADAA gallerists came together in 1989 to create The Art Show, aiming to engage the public with the caliber of art and ideals represented by exemplary galleries and our profession. Now the nation’s longest-running art fair, The Art Show has been an anchor of the New York cultural landscape ever since,” said Adam Sheffer, ADAA President and Cheim & Read Partner and Sales Director. “We are so proud of the ADAA’s lasting commitment to support a local philanthropic cause through our partnership with Henry Street Settlement – a testament to the contributions of art galleries to the greater cultural community.”

“The Art Show is an opportunity for ADAA members to showcase the range of artists and perspectives they represent, and to offer opportunities for collectors, art enthusiasts, and the public to discover and engage with centuries of art history,” said Anthony Meier, Chair of The Art Show and founder of Anthony Meier Fine Arts. “We are pleased to bring together members from across the country for this landmark 30th year of the fair, including eleven members who participated in our very first edition. A number of members are spotlighting significant works on paper and many works will also be on view for the first time.”

For the 2018 edition, more than half of the 72 exhibiting members will offer thoughtful solo exhibitions highlighting artists throughout history and from around the world, several of which will present new works, including Cheim & Read (New York) with the premiere of a new suite of large-scale sculptures by Lynda Benglis, Lehmann Maupin (New York) unveiling new photographs by Catherine Opie, and Tanya Bonakdar Gallery featuring new works on paper, sculpture and hanging installations by Tomás Saraceno.

Many of the fair’s solo exhibitions will offer insights on established and influential artists from the 19th century through the present day, such as Mildred Thompson, whose abstract paintings and works on paper will be presented by Galerie Lelong & Co. (New York), and Dotty Attie whose multi-panel compositions will be exhibited by P.P.O.W (New York). As one of his first public showings in the United States, Italian artist Antonio Calderara’s works will be presented by Anthony Meier Fine Arts (San Francisco), and never-before-seen watercolors by Milton Avery will be exhibited by Yares Art (New York & Santa Fe), alongside major paintings. Jill Newhouse Gallery (New York) will also take a renewed look at the influential post-Impressionist Pierre Bonnard, through his drawings, watercolors, and paintings.

With its distinctly intimate atmosphere, The Art Show also provides a platform for member galleries to mount thematic and group exhibitions exploring a range of artistic practice. Presentations include a display of photographs exploring the visual and psychological intrigue of doubles, pairs and diptychs, presented by Pace/MacGill Gallery (New York); and Jeffrey H. Loria & Co., Inc. (New York) will examine artists’ representations of the face and its expressions throughout the history of art. Tracing the history of American art on paper, Menconi + Schoelkopf Fine Art, LLC (New York) will showcase a number of masterworks in the medium; and David Zwirner will celebrate the gallery’s 25th anniversary with a selection of works by each of the artists it represents.

Program Highlights for the 30th Annual Edition of The Art Show