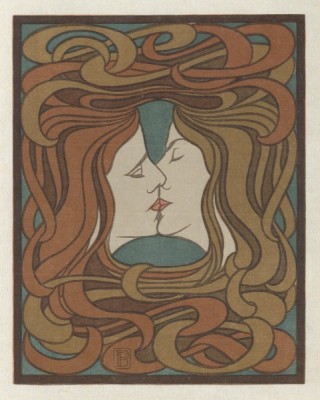 “Queer” as a concept runs against all definitions, all fixed meaning, forever questioning, redeploying, twisting terms, texts and itself from conventional usage. – Christoph Ribbat, Professor of American Studies at the Universität Paderborn in Germany, and author of 'Queer and Straight Photography', published in the journal 'Amerikastudien', 2001.

October 2021: Opening 18 March 2022, Queer is a landmark, Australian-first exhibition that will explore the NGV Collection through a queer lens and celebrate the rich, diverse and sometimes untold stories that emerge. Spanning five gallery spaces and featuring more than 300 artworks across historical eras and cultures, the exhibition will be the most historically expansive thematic presentation of artworks relating to queer stories ever mounted in an Australian art institution.

Bringing together a breadth of artworks from antiquity to the present day, the exhibition will illuminate the ways in which queer lives and stories have been expressed in art through history. Drawing on contemporary research, interpretation and analysis, the exhibition will also explore the narratives that might not have been visible in the past due to suppression, prejudice or discrimination.

The exhibition will be curated across more than ten thematic sections that will explore a variety of historical and contemporary subject matter, including activism and protest, love and desire, community and connection, text and performance, discrimination and loss, and more. The works on display span many media, including painting, drawing, photography, decorative arts, fashion, textiles, video, sculpture, design and architecture. Highlight works include:

The artworks in the exhibition reflect the multifaceted meaning and usage of the word ‘queer’: as an expression of sexuality and gender, as a philosophy, as a political movement, as a sensibility, as an attitude that defies fixed definition, as well as the impossibility of a single term to capture the multitude of lived experiences. Many of the artworks included in the exhibition are by artists who identify as queer; some are by artists who lived in times when such identification was not possible; and some works are not by a queer artist but have a connection to queer histories.

The exhibition will also identify and negotiate absences in the NGV Collection, by excavating queer history where it has been omitted or eclipsed, through oversight or through intent. In this way, rather than attempting to present a comprehensive history of queer art, the exhibition will reflect on the gaps, strengths and idiosyncrasies of the NGV Collection, as well as broader concerns around collecting and exhibiting art works relating to queer ideas and identities in museum contexts.

Tony Ellwood AM, Director, NGV, said: ‘Never has a queer thematic exhibition of this scale and nuance been staged in an Australian art institution. Queer shines a light on the NGV Collection to examine and reveal the queer stories that the artworks have to tell. Drawing on a broad selection of beloved and lesser-known artworks, this exhibition will present audiences with the opportunity to interpret queer concepts and stories in surprising and thought-provoking ways.’

Naysla Edwards, Vice President of Brand, Charge Cards and Experience, American Express states: ‘At American Express we see diversity of people and experiences as fuel for creativity and innovation. It is therefore with enormous pride that we take our place as Principal Partner of Queer at the National Gallery of Victoria. We encourage everyone to experience this truly extraordinary display and to rejoice in the beauty of individual expression through the ages.’