Reanimated by Herzog & de Meuron as Part of Ongoing Work on Armory’s Historic Building. Room is Being Transformed into Cultural Salon for Intimate Artistic Encounters. 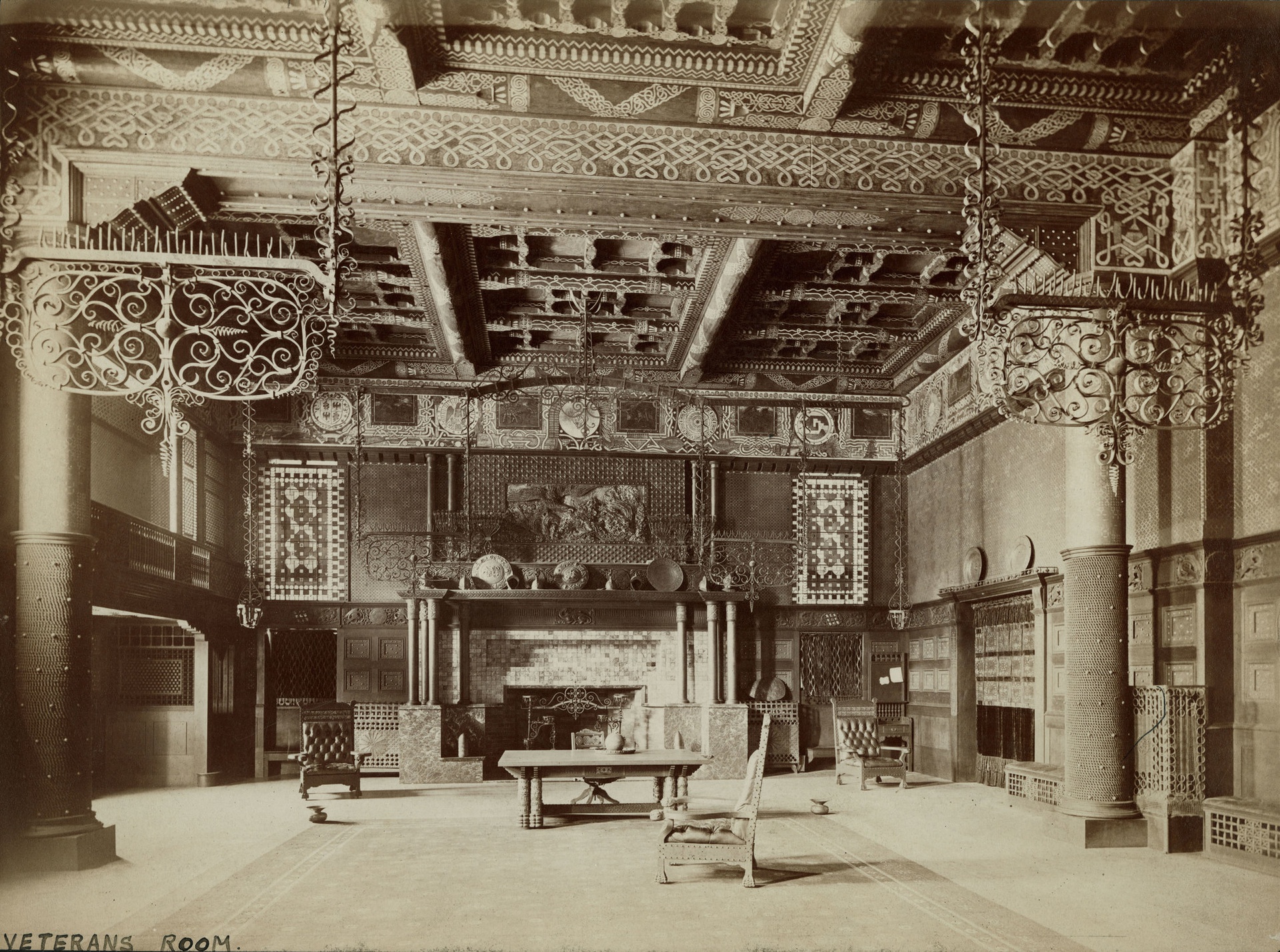 Reanimated by Herzog & de Meuron as Part of Ongoing Work on Armory’s Historic Building. Room is Being Transformed into Cultural Salon for Intimate Artistic Encounters.

As part of the ongoing transformation of its historic building into an unconventional cultural institution, Park Avenue Armory is revitalizing its Veterans Room, one of the few surviving interiors by Louis C. Tiffany and Co., Associated Artists, in the world. A monument of late 19th-century decorative arts, the Veterans Room is being reanimated through Herzog & de Meuron’s intervention, which will transform the space into a state-of-the-art room for intimate cultural encounters, including performances, recitals, lectures, and a range of other small-scale events. The room re-opens to the public on March 7, 2016 with a new artistic series of contemporary performances. Programming details will be announced shortly.

Following Herzog & de Meuron’s recent renovation and restoration of the Armory’s Board of Officers Room and two period rooms on its second floor, the revitalization of the Veterans Room will amplify the grandeur of the initial vision for the space and sustain the forward-thinking approach that the original artists put forth in 1880. The objective of the design team is to unite the historic with the contemporary while subtly interweaving additional technical amenities that ensure the room’s active use as a leading-edge cultural salon into the next century. In addition to advancements such as temperature regulation, work on the room is focusing on the wallpaper, originally designed by Tiffany and Wheeler and removed in the mid-20th century, which has been reinterpreted in a conceptualized reconstruction; and the lighting, which is being upgraded in order to illuminate the space in its holistic quality, recreating and augmenting the radiance that was originally intended for the room.

“The Veterans Room is among the most significant surviving interiors of the American Aesthetic Movement—an opulent room resulting from the collaborative work of artists and artisans led by a young, visionary Louis Comfort Tiffany and including Stanford White, Samuel Colman, and Candace Wheeler. Our revitalization of this room brings into dialogue two of the most talented designers of the 19th and 21st centuries, Associated Artists and Herzog & de Meuron,” said Armory President and Executive Producer Rebecca Robertson. “Herzog & de Meuron’s design responds to the room’s cutting-edge founding vision, which has been diminished through the passage of time. We look forward to reopening the emboldened space to artists, educators, and our public in March, when the Veterans Room will join the Board of Officers Room as one of New York’s premier cultural salons.”

The project is part of a larger, ongoing $210-million renovation and restoration of the Armory’s five-story landmark building. Since being awarded stewardship of the building in December 2006, Park Avenue Armory has invested $120 million to restore the structure—which had been among the “100 Most Endangered Historic Sites in the World” by the World Monuments Fund in 2000—stabilizing the masonry, upgrading the infrastructure, and making the drill hall and select period rooms ready for arts productions, all designed and overseen by Herzog & de Meuron, with Platt Byard Dovell White as Architect of Record. At the same time, Park Avenue Armory developed its artistic program and established itself as a groundbreaking arts institution presenting innovative, cross-disciplinary visual and performing arts that cannot be realized within traditional performance halls and white-wall gallery spaces.

About the Veterans Room

The Veterans Room at Park Avenue Armory was designed and executed in 1880 and 1881 by Louis C. Tiffany, Associated Artists—a cooperative firm of designers led by Louis Comfort Tiffany working with Samuel Colman, Lockwood de Forest, Candace Wheeler, and Stanford White. Among the most important examples of the American Aesthetic Movement, the room is one of the few surviving rooms by Associated Artists, and one of only two interiors by Tiffany and White ever created—the second one being the Armory’s library, which is adjacent to the Veterans Room. Unlike the Board of Officers Room, which showcases the mature artistic style of Herter Brothers, the Veterans Room represents the exuberance and innovation of the younger Associated Artists, who approached the project with a new vision—and breaking new ground in modern interior design. Though they only worked together for four short years, Associated Artists would go on to design some of the most prestigious commissions of the time, including the Cornelius Vanderbilt House, Mark Twain House, and five rooms in the White House.

Since the mid-20th century, the Veterans Room has suffered from several low-quality alterations and restorations, causing some of the original material to be lost, though the major architectural features of the room have been maintained. Its initial opulent appearance had much greater variety in color and delicacy in painted decoration as well as a profusion of carefully selected artworks, artifacts, and textiles. Fortunately, unlike other historical rooms in the Armory such as the Board of Officers Room, there has been little environmental damage, and the room still has its original wood and metalwork, gas light fixtures, and art objects, and where the original finishes are missing, they are generally well-documented.

The revitalization of the Veterans Room follows Herzog & de Meuron’s design approach for the Armory building, which seeks to highlight the distinct qualities and existing character of each individual room, while interweaving contemporary elements to improve its function. Even more so than in other rooms at the Armory, Herzog & de Meuron’s approach to the Veterans Room is to amplify the beauty of the room’s original vision through adding contemporary reconstructions of lost historic material and subtle additions to infuse a modern energy in a harmonious, holistic design.

Work on the room encompasses significant upgrades to the lighting, including new systems for architectural and programming lighting that will illuminate and enhance the room’s original design. The Veterans Room is also being soundproofed and acoustically engineered. Heating, air conditioning, and power is being discreetly installed to transform the room into a state-of-the-art venue for a diverse array of cultural events, ranging from performances and exhibitions to educational workshops and lectures.

The project also includes the removal of wall coverings, paint, varnish, and over-floor that were added over the years; the repair or replacement of broken and damaged elements of the room; and the cleaning and restoration of artwork, including a monumental frieze by Francis Millet and George Yewell and decorative glass by Tiffany. The original decorative surfaces, including the ceiling and floor, will be de-layered to reveal their intended colors and design, then varnished for protection. The wallpaper, originally designed by Tiffany and Wheeler and removed in the mid-20th century, has been reinterpreted in a design by Herzog & de Meuron. Missing areas of the original surface are being filled in to create a unified appearance. The original built-in benches are being reupholstered and new window and door treatments, as well as new furniture, are being added.