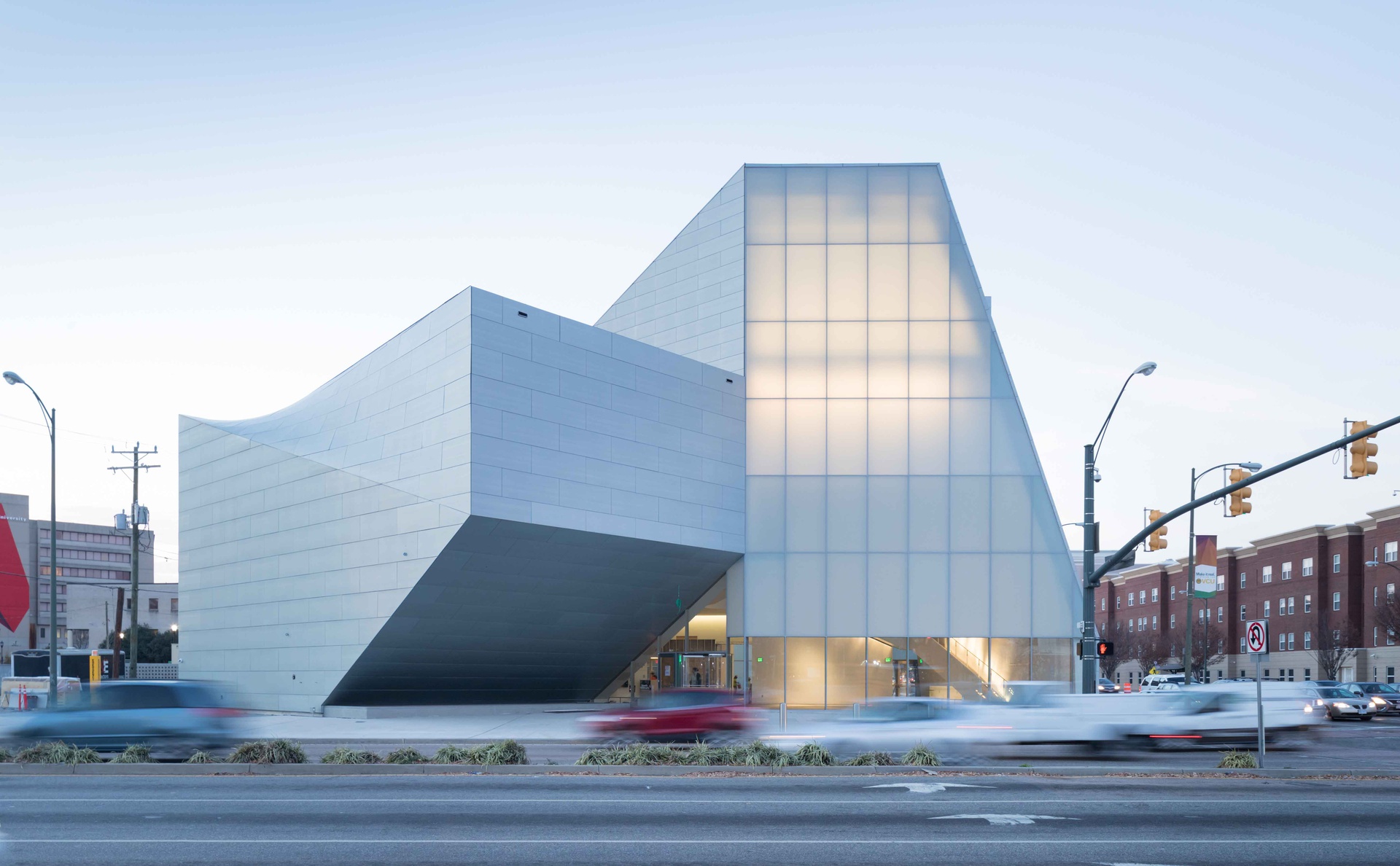 On April 21, 2018, the Institute for Contemporary Art (ICA) at Virginia Commonwealth University (VCU), the new, non-collecting contemporary art institution designed by Steven Holl Architects, will open to the public, free of charge. The ICA will debut with its inaugural exhibition, Declaration, an exploration of contemporary art’s power to respond to pressing social issues through the voices of 34 emerging and established artists from Richmond and around the globe. The ICA is Richmond, VA’s first art institution dedicated exclusively to exhibiting contemporary art and will be a significant cultural resource for Richmond and VCU, in direct dialogue with the VCU School of the Arts, the #1-ranked public school of art and design in the U.S.

Located at the historic intersection of Richmond’s Belvidere and Broad streets, the ICA’s striking new building, the Markel Center, anchors one of the city’s busiest gateways. With dual entrances opening to the city’s arts district on one side and VCU’s Monroe Park campus on the other, the ICA provides a venue for connection between the two vibrant communities. Activating the 41,000 square feet of flexible space, including an inviting 33-foot-high central forum, the ICA will feature a dynamic slate of changing exhibitions, performances, films, and interdisciplinary programs. Envisioned as a forum for collaboration and conversation, the ICA will serve as an incubator for innovation, piloting curatorial and educational programs. Its fluid spaces are designed to support the diverse practices characteristic of the art of today, mirroring VCU’s collaborative approach and supporting the varied needs of contemporary art and audiences.

On view through September 9, 2018, Declaration will fill the building’s galleries and reach into the city with a dynamic mix of multimedia projects. More than a third of the works in Declaration will premiere at the ICA, including site-specific installations by Paul Rucker, Stephen Vitiello, and Peter Burr with Porpentine Charity Heartscape; new works in a range of media by Autumn Knight, Deb Sokolow, Lily Lamberta and All the Saints Theater Company, Sonya Clark, Andrea Donnelly, Edie Fake, Cannupa Hanska Luger, and Geof Oppenheimer; and performances and participatory works at the ICA in collaboration with the Richmond community by Winter Count Collective, Tania Bruguera, and Amos Paul Kennedy Jr., among others.

As an extension of the programming in Declaration, the ICA and the Richmond Symphony are co-commissioning three new performances by artists Hope Ginsburg, Marinella Senatore, and Paul Rucker to be premiered at the Festival of the River, a three-day event featuring contemporary art and musical performances on Brown’s Island in Richmond, June 8–10, 2018.

In October 2017, the ICA successfully completed its $37-million capital campaign toward the cost of the $41-million project, the balance of which was covered by private university funds. At the same time, the ICA launched its ongoing endowment campaign with an initial $12-million goal, to ensure the sustained growth of the institution.

“We are delighted to open the ICA and welcome the Richmond, VCU, and art world communities into the building,” said Joseph H. Seipel, interim director of the ICA. “Beginning with our inaugural exhibition Declaration, our programming will demonstrate the significant role the ICA will play in our vibrant community. Given our location on a major research university campus and our commitment to free admission, the ICA is well suited to serve as a forum for open dialogue, collaboration, and the exchange of perspectives.”