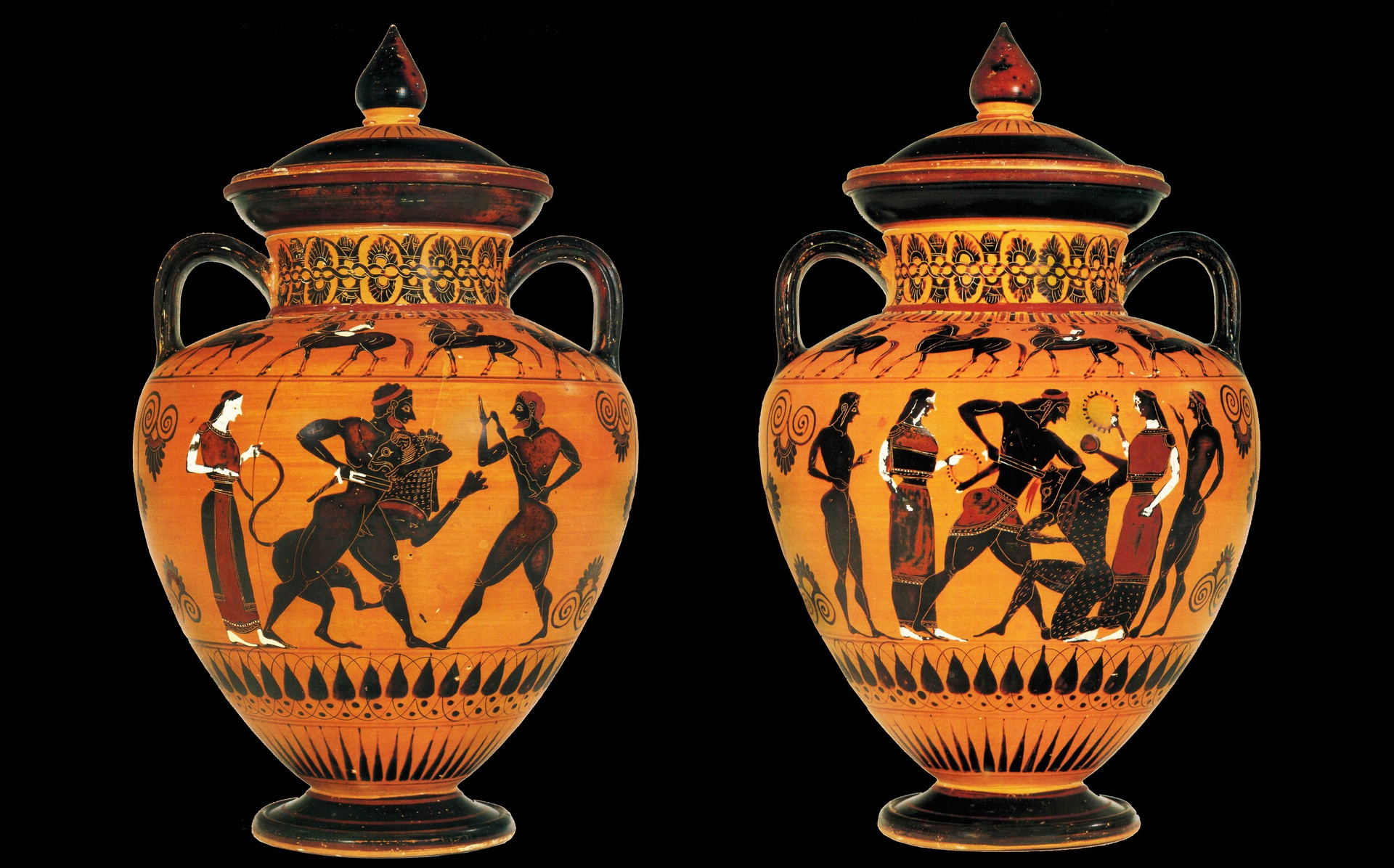 The Israel Museum, Jerusalem, today announced a transformative gift of more than 350 works of art and artifacts from antiquity by Robert and Renée Belfer, New York. Considered among the most significant private holdings of antiquities in the world, the Belfer Collection features hundreds of ancient Greco-Roman and Near-Eastern glass vessels—recognized as some of the most impressive specimens of their kind—as well as important early examples of Greco-Roman sculpture in bronze, marble, and mosaic. Select objects from the collection will be on view at the Museum, beginning in June 2015, in a special exhibition exploring the culture of collecting and connoisseurship in ancient Rome. A Roman Villa—The Belfer Collection will be a centerpiece of the Museum’s 50th Anniversary celebrations, which, throughout 2015, will highlight gifts across all of the Museum’s collections on the occasion of this milestone year.

“The donation of this unparalleled collection enables us to extend the rich narrative of ancient civilizations as told through the Museum’s holdings in archaeology,” said James S. Snyder, Anne and Jerome Fisher Director of the Museum. “Our focus in archaeology is the story of the ancient Land of Israel, and the Belfer Collection notably enhances our ability to broaden our story to the critically important history of ancient Israel’s neighboring cultures and the foundational role that Greco-Roman civilization played in the history that then extends to our own time. We are profoundly grateful to the Belfers for this outstanding generosity and for the message that it sends, at the start of our 50th Anniversary year, about the worldwide support that has contributed to the growth of the Museum and its collections since its founding.”

The Belfers have been prominent art world patrons and longtime supporters of the Israel Museum, and Renée Belfer currently serves as Chair of the Executive Committee of the American Friends of the Israel Museum. The Belfer Collection, notable for its exceptional holdings in ancient glass, includes:

“When deciding on an ideal home for our collection, we could not think of a more fitting venue than the Israel Museum, especially for its emphasis on the foundational narrative of humankind that is so relevant to us all today,” said Renée Belfer. “Our collection represents an important chapter in the history of civilization, and we are delighted to bestow the Israel Museum with this gift on the occasion of its 50th Anniversary so that it may preserve and share the story of these ancient objects in perpetuity from Jerusalem, one of the central sites of that long history.”

From June to November 2015, a selection of works from the Belfer Collection will be presented together for the first time at the Museum in a special exhibition. Curated by Dr. Silvia Rozenberg, the Rodney E. Soher Senior Curator of Classical Archaeology, and Natasha Katsenelson, Curator of Ancient Glass, A Roman Villa will feature highlights from the Belfer Collection in a display designed to illustrate the lifestyle of powerful Roman aristocrats from the 1st century BCE through the 3rd century CE, when Rome was first transformed into a major cultural and artistic center. The exhibition will examine how Rome’s elite class decorated their homes with the finest examples of Greco-Roman sculpture and magnificent Hellenistic and Roman glass objects and mosaics to demonstrate their standing in public and social life.