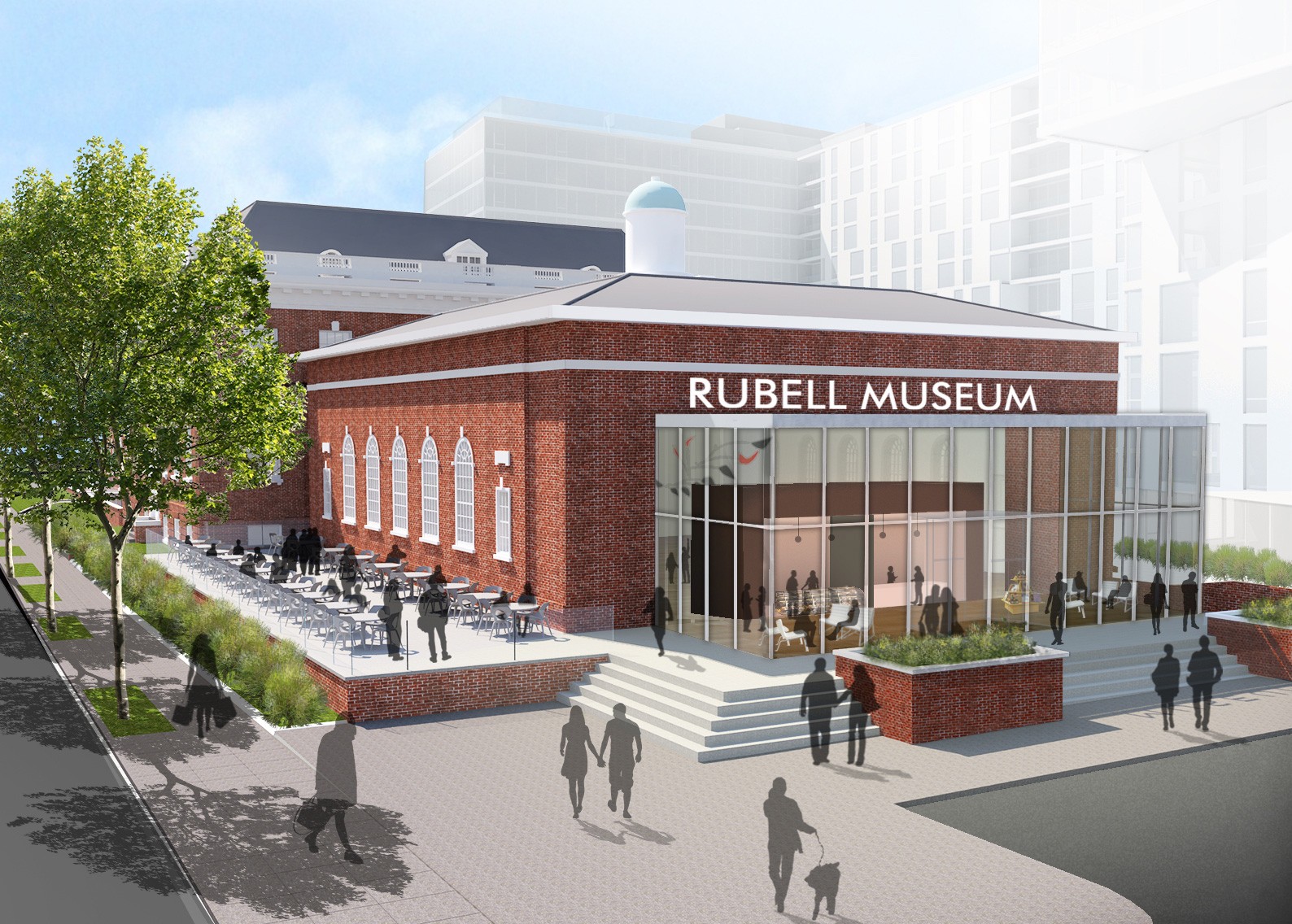 Washington, DC – May 11, 2022 – Today, the Rubells announced the launch of a second museum, the Rubell Museum DC, which will open to the public on October 29, 2022. The museum will present exhibitions of works, drawn from the Rubells’ unparalleled and ever-expanding collection of paintings, sculptures, photographs, videos, and site-specific work by American and international artists. Residents of Washington, DC will receive free admission to the museum, providing expanded opportunities for the wider community to engage in a dialogue with the artists of our times.

Located at 65 I Street in Southwest DC, less than a mile from the Capitol and National Mall, the Rubell Museum DC will be dedicated exclusively to contemporary art. Its collection encompasses over 7,400 works and is distinguished by the diversity and geographic distribution of the 1,000-plus artists represented within it. The museum will be programmed to complement and be contextualized within the city’s incredible array of art museums, including the nearby Hirshhorn Museum and Sculpture Garden, National Gallery of Art, National Museum of African American History and Culture, National Museum of the American Indian, National Museum of Women in the Arts, and the Smithsonian American Art Museum, as well as the Phillips Collection in Northwest DC and many specialized art museums throughout the city.

The museum will be housed in the historic former Cardozo Elementary and then Randall Junior High School, which were in operation from 1906 to 1978. The adaptive reuse of the building into a museum preserves this important landmark, a historically Black public school in Southwest DC listed in the National Register of Historic Places and brings it back to life as a public resource.

The 32,000 square foot museum will feature exhibition galleries, public programming, flexible activation spaces, a bookstore, and a café with indoor and outdoor dining. The Museum’s opening program will be announced in the coming months.

“Creating a museum for sharing our collection with the people who live and work in our nation’s capital and those who visit the city from across the U.S. and around the world fulfills a longtime dream for us,” said Mera Rubell. “We are truly excited to be joining the community of outstanding museums in the city and adding a public resource that explores contemporary life, issues, and ideas.”

Since the Rubells began sharing art with the public in 1993, they have organized more than 50 exhibitions, loaned thousands of works to institutions nationally and internationally, and published dozens of scholarly volumes. Many of their exhibitions have been presented in cities across the U.S., including the groundbreaking 30 Americans, which began its decade-long tour in Washington, DC at the Corcoran Gallery of Art in 2011 and has subsequently traveled to 20 museums across the U.S.

The historic building’s reinvigoration and redevelopment into a museum was conceived by the Rubells and Telesis, and realized by Lowe, a national real estate developer, investor and manager, which is also developing an adjacent new 492-unit apartment building, Gallery 64, with 20% of its units dedicated to affordable housing. Beyer Blinder Belle is the design architect for the museum and the apartment building.

About the Rubell Museum
The Rubell Museum opened in Miami’s Allapattah neighborhood in December 2019. Originally launched in 1993 as the Rubell Family Collection/Contemporary Arts Foundation, the foundation was renamed the Rubell Museum to underscore its commitment to growing as a public resource. Shortly after Don and Mera Rubell married in 1964, they started collecting art in New York, when Mera was a Head Start teacher and Don was in medical school. The collection has since grown into a multi-generational family passion for connecting, engaging, and supporting many of the most compelling artists of our time.

The Museum experience in Miami unfolds on a single level, with 36 galleries, a flexible performance space, an extensive research library, a bookstore, and an indoor-outdoor Basque restaurant LEKU, that opens onto a courtyard garden filled with plants native to South Florida. Its home was previously six interconnected industrial buildings that were then transformed by Selldorf Architects.

The Rubell Museum’s collection provides an unprecedented range of contemporary art that has enabled the Museum to organize over 50 exhibitions during the last three decades drawn. These have included such groundbreaking and diverse exhibitions as Life After Death: New Leipzig Paintings (2004), Richard Prince (2004), Red Eye: Los Angeles Artists (2006), 30 Americans (2008), Against All Odds: Keith Haring (2008), Beg Borrow and Steal (2009), 28 Chinese (2013), NO MAN’S LAND (2015), Still Human (2017), Purvis Young (2018), and Yayoi Kusama (2020). Many of these exhibitions have toured to museums internationally and have been accompanied by catalogues, including 30 Americans, which has toured for over 10 years to 20 museums around the country.