The Rubell Museum today announced that the inaugural exhibition at its new home in Allapattah will feature two immersive works by Yayoi Kusama, including Where the Lights in My Heart Go (2016) and INFINITY MIRRORED ROOM – LET’S SURVIVE FOREVER (2017). 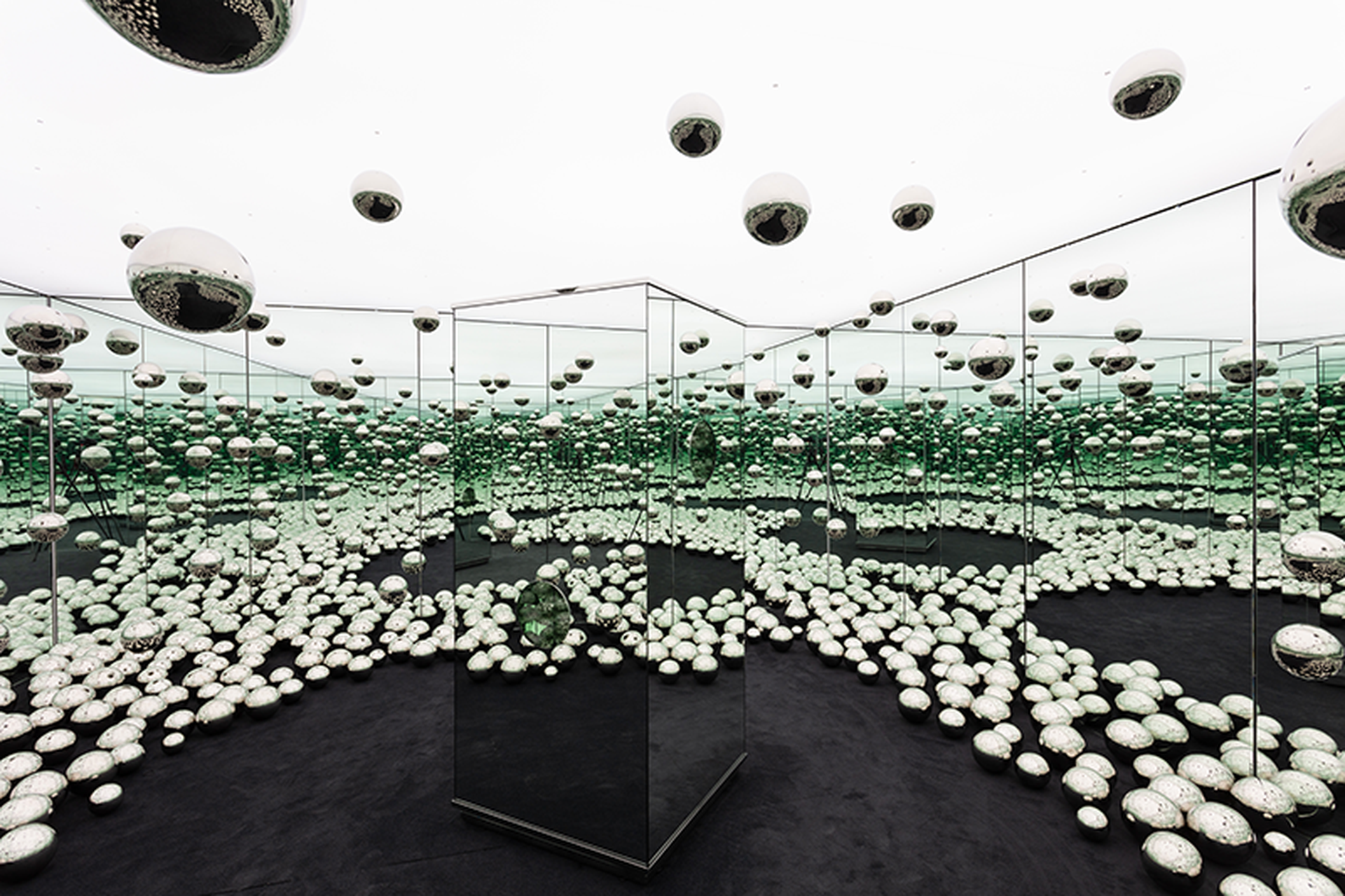 The Rubell Museum today announced that the inaugural exhibition at its new home in Allapattah will feature two immersive works by Yayoi Kusama, including Where the Lights in My Heart Go (2016) and INFINITY MIRRORED ROOM – LET’S SURVIVE FOREVER (2017).

“We love Kusama and view her, along with Keith Haring as an artist whose work has the remarkable ability to excite the public and get people engaged in art,” stated Mera Rubell. “So, we are extremely happy to have been able to add these works to the collection since a central goal of our new museum is to welcome the public to experience an incredible range of contemporary art.”

Featuring more than 300 works by 100 artists, the opening exhibition will fill all 40 of the museum’s galleries, tracing the Rubells’ journeys to both major and emerging art centers around the world. With surveys of artists working in proximity to one another and deep dives into individual careers, the exhibition examines influences and reveals parallels among contemporaries and across generations. Additional highlights include:

Support for this exhibition is provided by Bank of America, the presenting sponsor.

Born in 1929 in Matsumoto, Japan, Kusama’s work has been featured widely in both solo and group presentations. Major touring surveys include those organized by the Los Angeles County Museum of Art and The Museum of Modern Art, New York (1998); National Museum of Modern Art, Tokyo (2004); and the Museum Boijmans Van Beuningen, Rotterdam (2008). In 2011-2012, her work was the subject of a large-scale retrospective that traveled to the Museo Nacional Centro de Arte Reina Sofía, Madrid; Centre Georges Pompidou, Paris; Tate Modern, London; and the Whitney Museum of American Art, New York. In 2017-2019, a major survey of the artist’s work, Infinity Mirrors, was presented at the Hirshhorn Museum and Sculpture Garden, Washington, DC; Seattle Art Museum; The Broad, Los Angeles; Art Gallery of Ontario, Toronto; The Cleveland Museum of Art, Ohio; and the High Museum of Art, Atlanta.

About the Rubell Museum

The Rubells’ collection provides an unprecedented roaming range that has enabled them to organize 48 exhibitions drawn entirely from the paintings, sculptures, photographs, videos, and installations of which it is comprised. These have included such groundbreaking and diverse exhibitions as Life After Death: New Leipzig Paintings (2004), Red Eye: Los Angeles Artists (2006), 30 Americans (2008), Keith Haring: Against All Odds (2008), and NO MAN’S LAND (2015). Many of these exhibitions have toured to museums internationally and been accompanied by major catalogues, published in-house, including 30 Americans, which has toured for ten years and is on view at its seventeenth venue at the Barnes Foundation in Philadelphia through January 12, 2020. The Rubell Museum has also lent works to hundreds of museums around the world.

Since opening in Wynwood 26 years ago, the Rubells have added many public programs, including a partnership with the Miami-Dade County Public Schools, which engages thousands of students every year, and collaborations with local universities to offer seminars and critiques. The museum also hosts curatorial training internships and artist residencies with the support of the Knight Foundation. In addition to Mera, Don, and Jason Rubell, the museum leadership includes Juan Roselione-Valadez, who is the director of the museum and has been part of the team for 21 years. Jennifer Rubell is an artist living in New York.

The Rubell Museum is located on a 100,000 square-foot campus and housed in six former industrial buildings that have been connected and transformed by Selldorf Architects, the Museum allows the Rubells to present more of their unparalleled collection of contemporary art than ever before. Less than a mile from the Rubell Family Collection’s original home in Wynwood, which opened in 1993, the Museum is closer to downtown Miami and readily accessible via public transportation.

The expansion into this single-story building provides the opportunity for the public to engage more deeply with the art and neighborhood. The building maintains the overall character of these original structures while updating them to serve their new public purpose and prioritize the exhibition of work, with a minimal, cohesive language of white walls, refinished concrete floors, and abundant natural daylight.

The design of the building welcomes visitors through a lush new courtyard garden. Designed by La Casona Garden in collaboration with Juan Roselione-Valadez, the garden was conceived of as a restoration project using plants, many now rare and threatened due to habitat loss, native to the Everglades and the Florida Keys.