St.Germain-Gordon will Team with Newly Named Artistic Director Tamara Rojo to lead the Trailblazing Cultural Institution as its First Female Leadership Team, as it Prepares to Celebrate its 90th Birthday 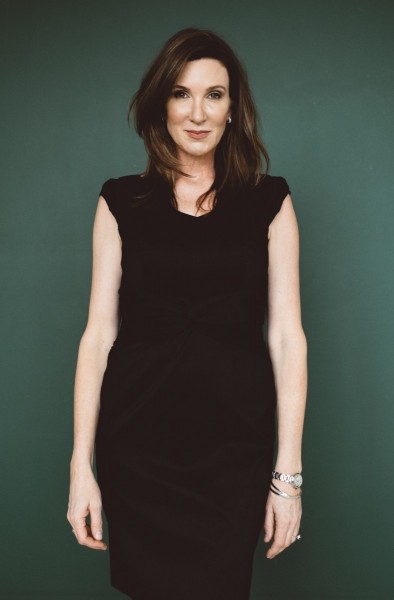 San Francisco Ballet (SF Ballet) today announced the appointment of Danielle St.Germain-Gordon as its Executive Director. The Executive Committee of the Board of Trustees, led by co-Chairs Sunnie Evers and Robert Shaw, unanimously voted for her appointment. St.Germain-Gordon, who has held leadership positions in arts fundraising for nearly 25 years, has been the Interim Executive Director of SF Ballet for the last nine months. As Executive Director, she will partner with the recently announced new Artistic Director, Tamara Rojo, and together they will be the first duo of women to lead the internationally-recognized company and leading ballet school that has balanced an innovative focus on new and contemporary choreography with a deeply held dedication to classical ballet for nine decades.

During her tenure, St.Germain-Gordon has partnered with the Board to shepherd the nonprofit organization as it emerged from a year and half-long closure and returned to in-person performances and classes in December 2021, created the role of Chief Diversity Officer, introduced safety restrictions that enabled it to successfully complete a full and healthy run of Nutcracker during the Omicron surge, welcomed audiences back for performances at the newly renovated War Memorial Opera House, partnered with San Francisco Conservatory of Music to launch the Denis de Coteau Fellowship for Black musicians, and negotiated new contracts with  the dancer’s  union. She also supported the board in the hiring of Tamara Rojo as the Company’s first new Artistic Director in nearly four decades after Artistic Director Helgi Tomasson announced his retirement.

Since its founding in 1933, and as the oldest uninterrupted professional ballet company in the United States, SF Ballet has been a trailblazer in dance that nurtures emerging choreographers and the development of new works, contributes to the international dance community through tours and festivals, provides world-class training opportunities in its School, and has a long history of originating well-loved cultural traditions.

“It is a ballet company board’s dream to lead an organization with top talent, leadership, and vision in both the artistic and administrative realms. Since 2018 when Danielle joined SF Ballet, and particularly over these critical last nine months of the pandemic and re-emergence of in-person programming and classes, Danielle has demonstrated her strong strategic leadership and her expansive vision, strengthening the ballet’s infrastructure while being an invaluable partner to the board and artistic team as well as the artists and administrators within the Company, ensuring SF Ballet not only re-emerged but flourished,” said co-chairs of the Board, Sunnie Evers and Robert Shaw. “At this pivotal moment for the ballet, we are excited for our next chapter under the leadership of Danielle and Tamara. Together they will allow San Francisco Ballet to uphold its strong tradition of excellence, extend the reach and the impact of our programs even further, engage with the San Francisco community (and beyond) more deeply, and support the next generation of dancers and dance lovers across the globe.”

“I joined SF Ballet in 2018 because it is and has always been one of the most creative dance companies in America,” said St.Germain-Gordon. “I’m thrilled to have the opportunity to continue building upon the momentum we started at this transitional moment for the company and expanding upon the work we’ve undertaken in close partnership with the ballet’s exceptional staff, dancers, and musicians. SF Ballet has always been an innovator, dedicated to our home community of San Francisco and the global ballet community, and as we find ways to broaden access to ballet, I look forward to seeing where we can go.”

During her career, St.Germain-Gordon has led successful annual fund, critical relief, and capital campaigns, raising more than $400 million for nonprofit arts organizations. Prior to joining SF Ballet as Chief Development Officer in 2018, St.Germain-Gordon was Director of Development at the Guthrie Theater in Minneapolis, where she raised more than $80 million and partnered with the Board of Directors to lead a transition task force in advance of the arrival of the Theater’s Artistic Director, Joseph Haj. Prior to her time at the Guthrie Theater, St.Germain-Gordon led fundraising at Washington, D.C.’s Shakespeare Theatre Company—where she managed and implemented individual giving and capital campaigns up to and through the opening of the theater’s $89 million Harman Center for the Arts—and as Chief Development Officer at Arena Stage. As Vice President of Institutional Advancement at the American Association of Museums, which represents the entire museum field, from art and history museums to science centers and zoos, St.Germain-Gordon increased philanthropic support by more than 500% and grew its membership base locally, nationally, and internationally. St.Germain-Gordon is a graduate of Loyola Marymount University in Los Angeles.

“Danielle has been a stalwart partner with me as we weathered the pandemic and got the dancers back onstage and the students back in the studios,” said Artistic Director and Principal Choreographer Helgi Tomasson. “And I am certain that the strong partnership we forged will continue when Tamara Rojo joins the Company. I look forward to seeing where Danielle and Tamara take this company that means so much to me.”

“I’m thrilled that I will be able to partner with Danielle upon my arrival in San Francisco later this year,” said incoming Artistic Director, Tamara Rojo. “In her short time leading the Ballet, her passion and foresight has been tremendous. SF Ballet is one of the most creative companies in North America, a strong partnership between artistic and administrative leadership will be key to its continued success “

About San Francisco Ballet
San Francisco Ballet is one of the world’s leading ballet companies. As a commissioner, collaborator, and presenter, SF Ballet performs locally, nationally, and internationally with the top choreographers, artists, and dancers while proudly celebrating its trailblazing role in dance. Since its founding in 1933 and as the oldest professional ballet company in the United States, the organization has been an innovator in dance and an originator of well-loved cultural traditions, from staging the first American production of Swan Lake to being the first company in the United States to present an annual holiday Nutcracker. In the progressive, innovative spirit of San Francisco, its aim is to share the beauty of classical and contemporary ballet, the joyful, transformative experience of live dance performance by artists working at the highest caliber, and to provide exceptional training opportunities for the next generation of professional dancers in its School.