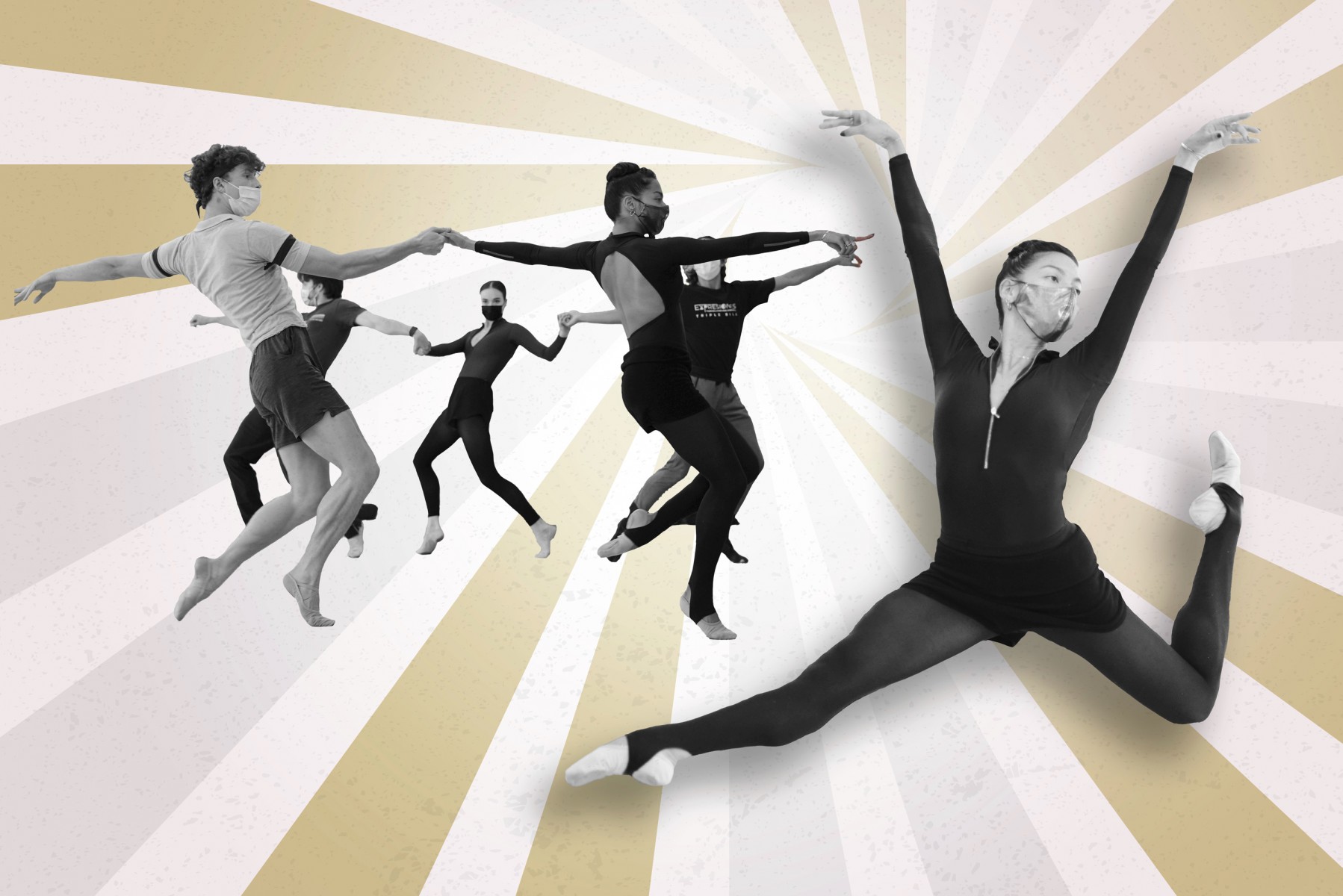 This April, San Francisco Ballet (SF Ballet) will present three world premieres: Artistic Director & Principal Choreographer Helgi Tomasson’s Harmony, Christopher Wheeldon’s Finale Finale, and Dwight Rhoden’s The Promised Land. Emerging from the twin pandemics of Covid-19 and the racial reckoning in the U.S., and celebrating the long career of Helgi Tomasson, these works continue SF Ballet’s tradition of cultivating new works and perspectives. They also mark Tomasson’s final premieres at SF Ballet, before his retirement at the end of the season following a robust career at the Company. In 37 seasons, he has created more than 50 works for SF Ballet, and has commissioned nearly 200 ballets from emerging and established choreographers since taking the helm in 1985.

“Throughout the years, I have aspired to develop a company of dancers who see themselves as part of the creative process, as collaborative partners in the creation of new work,” says Tomasson. “My new ballet, Harmony, was born from the pandemic and the joy that the Company felt from being able to dance together again. I was thrilled to invite Dwight Rhoden and Christopher Wheeldon back to our studios. They’ve created ballets that prompt moments of reflection and hope for a brighter future.”

Opening on April 2, Program 5 includes the world premiere of Tomasson’s Harmony, set to a keyboard suite by Jean-Philippe Rameau. This joyous ballet celebrates the return to live performance for both artists and audiences. Tomasson’s creative process for the piece began in the summer of 2021 when the Company’s dancers were rehearsing in “pods” during the Covid-19 pandemic. Working with a group of 12 dancers, Tomasson created Harmony to highlight each dancer’s strengths, a hallmark of his approach to choreography.

Program 5 also features Choreographer-in-Residence Yuri Possokhov’s Magrittomania, a nod to the work of surrealist artist Réné Magritte, and Tomasson’s The Fifth Season, originated in 2006, set to music by Karl Jenkins and considered to be one of his finest ballets.

The Promised Land explores society’s ongoing emergence from the Covid-19 pandemic and racial reckoning in the U.S. “I wanted to access the resiliency and perseverance of the human spirit, physically, mentally, emotionally, and spiritually,” said Rhoden about his creation. “The essence of the piece is about how we recover, what we do to get through, how we meet the challenges day-to-day.” Set to music by a collection of composers including Philip Glass and Hans Zimmer, The Promised Land is an abstract piece involving what Rhoden calls a “wandering narrative.” The Promised Land is Rhoden’s third ballet created for SF Ballet, following LET’S BEGIN AT THE END, created during 2018 Unbound: A Festival of New Works, and his contributions to the dance film Dance of Dreams in 2020. Rhoden is co-founder of Complexions Contemporary Ballet with Desmond Richardson.

Finale Finale is Wheeldon’s 11th work set on SF Ballet and captures the festive spirit of its score by Darius Milhaud, Le Boeuf sur le toit (The Ox on the Roof). “Creating for San Francisco Ballet has always been an incredible experience for me, very joyful, very collaborative,” said Wheeldon. “I owe a lot to Helgi in so many ways: my development as a choreographer, having the opportunity to be here in a city that I love, working in this great theater, with this great company.” Planned as incidental music for a Charlie Chaplin film, Milhaud’s Le Boeuf sur le toit evolved into a ballet libretto by Jean Cocteau, which premiered in 1920. While Wheeldon has abandoned Cocteau’s libretto, he retains a “Chaplin-esque” solo and acrobatic elements in his new ballet. Wheeldon won two Tony Awards in 2015 for directing and choreographing Broadway’s An American in Paris. His first creation for SF Ballet, Sea Pictures, premiered in 2000.

Calendar information:
Tickets to Programs 5 and 6 start at $29 and may be purchased online at sfballet.org or by calling 415-865-2000, Monday through Friday from 10 am to 4 pm Pacific.

Press images for Programs 5 and 6 are available on the online press photos page. Please contact Kate McKinney at kmckinney@sfballet.org with all press inquiries.

Casting to be announced soon at https://www.sfballet.org/season/casting.