Sharjah Biennial 15: Thinking Historically in the Present Opens in February 2023 With 30 Major Commissions 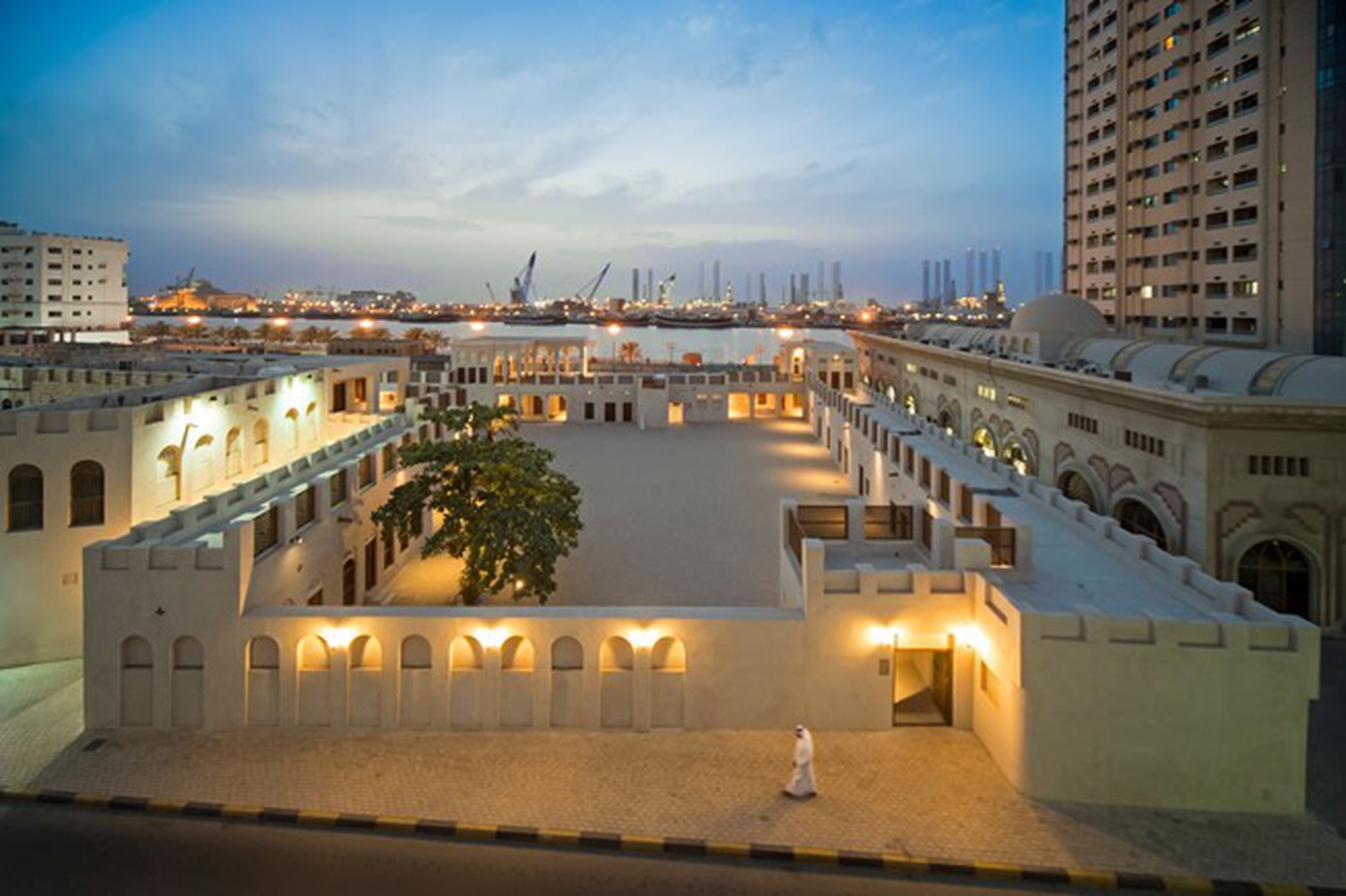 Sharjah Art Foundation (SAF) today announced that the 15th edition of the Sharjah Biennial opens in early February 2023, featuring 30 major commissions by artists from around the world. Conceived by the late Okwui Enwezor and curated by SAF Director Hoor Al Qasimi, Sharjah Biennial 15: Thinking Historically in the Present (SB15) reflects on Enwezor’s visionary work, which transformed contemporary art and established an ambitious intellectual project that has influenced the evolution of institutions and biennials around the world, including the Sharjah Biennial.

For Enwezor, the contemporary art exhibition provided a means to engage with history, politics and society in our global present. He envisioned the invitation to curate this edition of Sharjah Biennial as a way to reflect on and contribute to the Biennial’s history and that of the overarching Foundation, and their role in addressing the need for institutional models outside of the West that support dialogue and the production and presentation of contemporary art responsive to our times. Enwezor proposed commissioning 30 works for SB15 to celebrate Sharjah Biennial’s 30-year anniversary and to meaningfully activate this critical platform through the development of new productions.

“These commissioned artists build on Enwezor’s vision that transformed how we understand and engage with contemporary art and its institutions. Although he worked with many of these artists, I felt it was important to include other voices that bring his proposal into our immediate present and leverage the critical role that he believed the Sharjah Biennial could play in this endeavour,” said SAF Director and SB15 Curator Hoor Al Qasimi. “Reflecting on the relentless devastation of COVID-19 in many parts of the world, as well as the uneven access to vaccines and restrictions to travel still in place, SAF has made the decision to open Sharjah Biennial 15 in 2023. Our goal is to give artists and our audiences the necessary time to tend to what is most urgent around them. We hope to be able to gather in Sharjah once again with renewed energy and appreciation for the way art can bring complex questions into focus.”

SB15 began with the 2021 edition of the March Meeting—an integral part of Enwezor’s plans for SB15—which is the Foundation’s annual convening of artists, curators and art practitioners to explore critical issues in contemporary art through panels, lectures and performances. Held from 12 to 21 March 2021, March Meeting 2021: Unravelling the Present examined the 30-year history of the Sharjah Biennial and the future of the biennial model. All talks and panels from March Meeting 2021, which drew more than 4,000 attendees from around the world, are now available online at: sharjahart.org/march-meeting-2021/programme. The March Meeting Papers, a series of eleven commissioned essays by art historians and scholars chosen through the March Meeting 2021 open call, are also available online at: sharjahart.org/sharjah-art-foundation/publications/march-meeting-papers. The 2022 edition of March Meeting will continue these explorations and dialogue in the lead up to SB15.

Additional information on March Meeting 2022 and Sharjah Biennial 15, including the complete artist list, will be announced in the coming months. For further details on all Sharjah Art Foundation programming, please visit: sharjahart.org

Sharjah Art Foundation is an advocate, catalyst and producer of contemporary art within the Emirate of Sharjah and the surrounding region, in dialogue with the international arts community. Under the leadership of founder Hoor Al Qasimi, a curator and artist, the Foundation advances an experimental and wide-ranging programmatic model that supports the production and presentation of contemporary art, preserves and celebrates the distinct culture of the region and encourages a shared understanding of the transformational role of art. The Foundation’s core initiatives include the long-running Sharjah Biennial, featuring contemporary artists from around the world; the annual March Meeting, a convening of international arts professionals and artists; grants and residencies for artists, curators and cultural producers; ambitious and experimental commissions and a range of travelling exhibitions and scholarly publications.

Established in 2009 to expand programmes beyond the Sharjah Biennial, which launched in 1993, the Foundation is a critical resource for artists and cultural organisations in the Gulf and a conduit for local, regional and international developments in contemporary art. The Foundation’s deep commitment to developing and sustaining the cultural life and heritage of Sharjah is reflected through year-round exhibitions, performances, screenings and educational programmes in the city of Sharjah and across the Emirate, often hosted in historic buildings that have been repurposed as cultural and community centres. A growing collection reflects the Foundation’s support of contemporary artists in the realisation of new work and its recognition of the contributions made by pioneering modern artists from the region and around the world.

Sharjah Art Foundation is a legally independent public body established by Emiri Decree and supported by government funding, grants from national and international nonprofits and cultural organisations, corporate sponsors and individual patrons. All exhibitions are free and open to the public.

Sharjah is the third largest of the seven United Arab Emirates and the only one bridging the Arabian Gulf and the Gulf of Oman. Reflecting the deep commitment to the arts, architectural preservation and cultural education embraced by its ruler, Sheikh Dr Sultan bin Mohammed Al Qasimi, Sharjah is home to more than 20 museums and has long been known as the cultural hub of the United Arab Emirates. In 1998, it was named UNESCO's 'Arab Capital of Culture' and was designated the UNESCO ‘World Book Capital’ for the year 2019.

Sharjah Biennial 15: Thinking Historically in the Present Opens in February 2023 With 30 Major Commissions