High Acquires 54 Works by 33 Artists including Thornton Dial, Lonnie Holley and Ronald Lockett, Strengthening One of the Most Significant Collections of Contemporary African-American Artists from the Southern U.S. 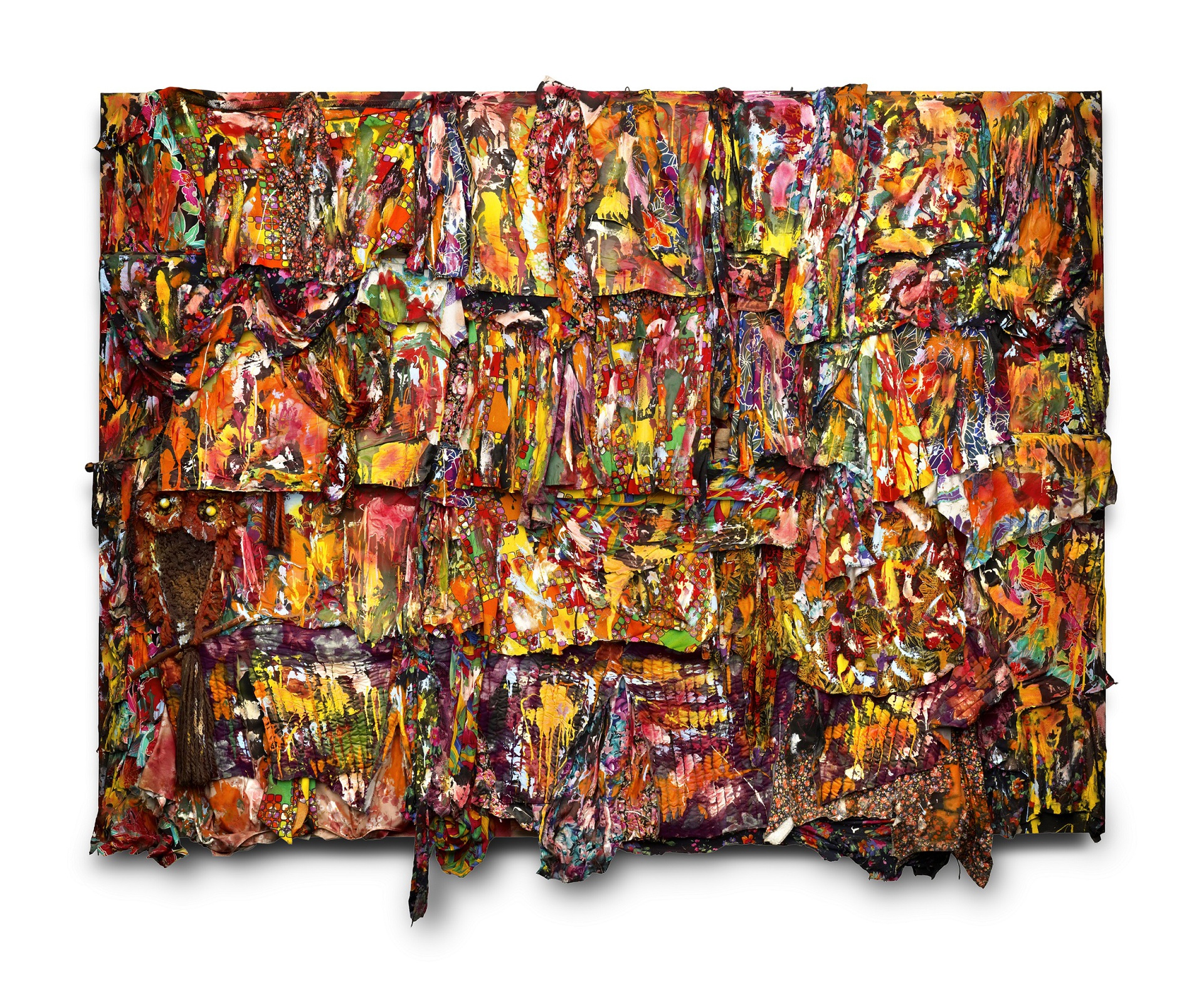 High Acquires 54 Works by 33 Artists including Thornton Dial, Lonnie Holley and Ronald Lockett, Strengthening One of the Most Significant Collections of Contemporary African-American Artists from the Southern U.S.

Souls Grown Deep Foundation today announced the next in its series of strategic acquisitions as part of a gift/purchase program designed to strengthen the representation of African American artists from the Southern United States in the collections of leading museums across the country. The High Museum of Art has acquired 54 works from the Foundation, one of the most significant acquisitions by the High’s folk and self-taught art department since its establishment in 1994.

Following major acquisitions by the Metropolitan Museum of Art in New York in 2014 and the Fine Arts Museums of San Francisco earlier this year, these acquisitions draw from the Foundation’s extensive collection of works across media in this genre to promote increased scholarship and understanding of an important and often-overlooked perspective in the narrative of American art history.

“This landmark acquisition is a capstone of years of collaboration with the High Museum of Art, the anchoring institution in the Foundation’s hometown of Atlanta. We are very pleased to add dozens of significant works to the High’s collection of contemporary art and look forward to years of future collaboration through insightful programming, displays and publications,” said Maxwell L. Anderson, president of the Souls Grown Deep Foundation.

Souls Grown Deep Foundation is the only non-profit organization dedicated to documenting, preserving, exhibiting and promoting the work of contemporary African American artists from the American South. The Foundation holds the largest and foremost collection of works of contemporary African American artists from the Southern United States, encompassing over 1,200 works by more than 160 artists, as well as a collection of archival photographs, videos, and documents relating to the artists in the collection.

The combined gift and purchase features paintings, sculptures and works on paper by 33 contemporary African-American artists from the Southern United States, including 13 works by Thornton Dial (1928–2016) that span four decades of the artist’s career. The acquisition also features 11 quilts created by the women of Gee’s Bend, Ala., tripling the Museum’s examples of this unparalleled tradition in American art. Work by Lonnie Holley and Ronald Lockett, artists whose work the High has been collecting since the 1990s, is joined by sculpture from their Alabama contemporaries Joe Minter and Richard Dial. In addition to Minter and Richard Dial, artists entering the High’s collection for the first time include Eldren Bailey, one of four Georgia artists represented in the acquisition, Charles Williams, Vernon Burwell and Georgia Speller. A significant group of paintings and sculpture by Joe Light, as well as individual works by artists such as Archie Byron, Mary T. Smith, Royal Robertson and Purvis Young, complement existing holdings by those artists.

“This gift dovetails remarkably well with our existing collection—essentially adding strength on strength to one of the most distinctive and important collections of its kind,” said Rand Suffolk, Nancy and Holcombe T. Green, Jr., director of the High Museum of Art. “We’re grateful to the Souls Grown Deep Foundation for the opportunity to deepen our commitment to these artists and recognize their impact on contemporary art.”

This acquisition is the latest in a series of major milestones for the High’s folk and self-taught art department, including the endowment of a permanent, full-time curatorial position. Katherine Jentleson, Ph.D., joined the High in 2015 as the inaugural Merrie and Dan Boone Curator of Folk and Self-taught Art. To showcase these new acquisitions, the Museum will increase the physical footprint of the folk and self-taught art galleries by 30 percent as part of a permanent collection reinstallation planned for 2018.

“When we unveil works from the Souls Grown Deep Foundation in our expanded galleries it will be a defining moment that makes undeniable the magnitude of achievement that has been realized by artists here in the South, regardless of their level of training,” said Jentleson. “This is art that breaks boundaries and defies expectations, challenging long-held assumptions about where great art comes from and whom we acknowledge as the leading artists of our time.”

Souls Grown Deep Foundation was founded in 2010, but traces its roots to the mid-1980s, when William S. Arnett, an art historian, scholar, and patron, began to collect the artworks of previously undiscovered African American artists across nine southeastern states. The majority of the works and ephemeral documents held by the Foundation were compiled by Arnett and his sons over three decades, with the goal of creating a collection that could serve as a record and legacy of this culture. By the mid-1990s Arnett’s efforts resulted in an ambitious project to survey the visual tradition of the African American South: an exhibition and two-volume book, titled Souls Grown Deep: African American Vernacular Art of the South, which was ultimately presented at the 1996 Olympic Games in Atlanta and remains the most in-depth scholarly examination of its kind.

Information on additional acquisitions and collaborations with major museums will be announced as each reaches fruition in the coming year.

Highlights of the gift/purchase

For many years, the High has held the largest public collection of Dial’s work and has recognized his artistic genius through exhibition projects. With the addition of 13 paintings and sculptures from the Souls Grown Deep Foundation, the Museum nearly doubles its holdings to include paintings and assemblages spanning Dial’s entire 30-year career, giving the critically acclaimed Alabama artist a lasting legacy within the High’s world-class collection.

Gee’s Bend, Ala., was named after Joseph Gee, who built a plantation there in the early 1800s. The Gee family sold the plantation to Mark Pettway in 1845, and most present-day residents, including many of the Gee’s Bend quilters, are descendants of slaves from the former Pettway plantation. Dating from the 1970s to 2005, the 11 quilts included in the Souls Grown Deep Foundation gift/purchase triple the High’s existing holdings of works by these celebrated women artists and demonstrate the incredible legacy of their artistic production, which parallels many of the experiments with color, flatness and abstraction associated with postwar American painting. Quilts by Louisiana Bendolph, Mary Lee Bendolph and Annie Mae Young complement existing holdings by these artists, while work by Lucy T. Pettway, Arlonzia Pettway, Arcola Pettway, China Pettway, Jennie Pettway, Agatha Bennett, Polly Bennett and Flora Moore enters the collection for the first time.

About the Souls Grown Deep Foundation

The Souls Grown Deep Foundation is the only nonprofit organization dedicated to documenting, preserving, exhibiting and promoting the artwork by contemporary African-American artists from the American South. The Foundation holds the largest and foremost collection of works of contemporary African-American artists from the Southern United States, encompassing over 1,200 works by more than 160 artists as well as a collection of archival photographs, videos and documents relating to artists in the collection.

About the High Museum of Art

The High is the leading art museum in the southeastern United States. With more than 15,000 works of art in its permanent collection, the High Museum of Art has an extensive anthology of 19th- and 20th-century American art; a significant collection of historical and contemporary decorative arts and design; significant holdings of European paintings; a growing collection of African-American art; and burgeoning collections of modern and contemporary art, photography, folk and self-taught art, and African art. The High is also dedicated to supporting and collecting works by Southern artists. Through its education department, the High offers programs and experiences that engage visitors with the world of art, the lives of artists and the creative process. For more information about the High, visit high.org.