A New Collection of 18 Quilted Flags Created from American Giant Fabrics to be Sold through Online Auction from August 24 - 31, 2020 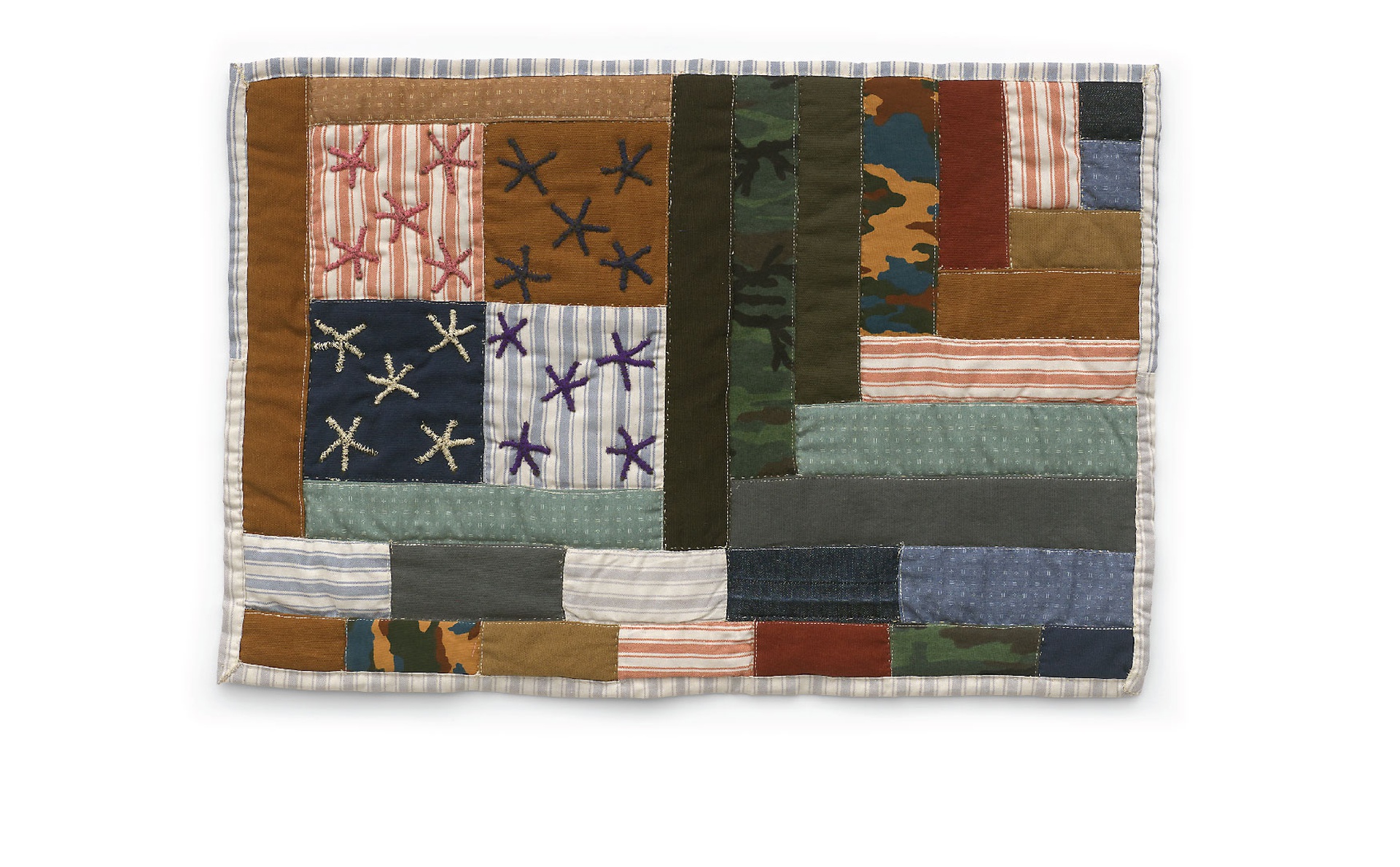 A New Collection of 18 Quilted Flags Created from American Giant Fabrics to be Sold through Online Auction from August 24 - 31, 2020

Souls Grown Deep Community Partnership and Foundation is partnering with American-made apparel manufacturer American Giant and nonprofit Nest to offer at auction a collection of 18 newly made quilted flags created by women of Gee’s Bend, Alabama. Souls Grown Deep’s collaboration with American Giant and Nest furthers its commitment to the economic success of Gee’s Bend, which gave rise to many of the artists in the Foundation’s collection. The 18 new quilted works will be available by auction from American Giant at this link from August 24-31, 2020, with 100% of auction proceeds going to the individual artists.

Maxwell L. Anderson, President of Souls Grown Deep, stated: “In seeking to redress the social and economic inequities that continue to face the Gee’s Bend community, it’s a pleasure to collaborate with Nest and American Giant. We look forward to fostering other opportunities for the quiltmakers to see their talents reach a large market.”

Rebecca van Bergen, Founder and Executive Director of Nest, stated: “Nest could not be more thrilled with this collaboration and the opportunity now to truly showcase the incredible work of Gee’s Bend. Our work is rooted in championing the handworker economy, and the Gee’s Bend quilters are an example of how dedicated women are to their craft and how their talents can translate not only to beautiful quilts but to community wide change as well.”

Added Bayard Winthrop, Founder and CEO of American Giant, "As a company deeply committed to American manufacturing, we believe in investing in the people and communities making things here. This auction highlights one of those communities – Gee’s Bend – and its meaningful craft, rich history, and significant contributions to American art. American Giant is incredibly proud of this collaboration and honored to work with the artists of Gee's Bend."

Gee’s Bend is an isolated, rural, majority African-American community of about 700, comprising Alberta and Boykin, Alabama and surrounded on three sides by the Alabama River. The multi-generational commitment to quilting in this community has distinguished a rare degree of cultural continuity, which has led to wide-held acclaim for its creative output. Through Souls Grown Deep’s collection transfer program, works by Gee’s Bend quiltmakers are included in the permanent collections of the Metropolitan Museum of Art, the Fine Arts Museums of San Francisco, and the High Museum of Art in Atlanta, among many others. They have also been featured in major exhibitions at the Whitney Museum of American Art in New York, the Museum of Fine Arts in Houston, the Corcoran Gallery of Art in Washington, D.C., and other leading institutions, and have been commemorated in a series of United States Postal Stamps.

The three organizations leveraged their missions and resources to help bring commercial availability to the acclaimed quilts. The collaboration builds on Souls Grown Deep’s efforts to provide direct economic opportunity for the quilters, which has included securing intellectual property rights for the artists in partnership with Artists Rights Society, documenting both the artwork and its creators, and advancing Gee’s Bend’s quilting legacy. Souls Grown Deep is working to secure additional pathways to direct economic opportunity for the artists, and donations to support these efforts can be made at this link. American Giant, an apparel company and domestic manufacturing operation committed to quality and community, supplied the materials and platform for sales. Nest, as a non-profit dedicated to building a new handworker economy to increase global workforce inclusivity, promote gender equity, and preserve time-honored cultural traditions, helped conceive and design the holistic partnership.

Souls Grown Deep Community Partnership is dedicated to improving the quality of life of communities that gave rise to the art made by African American artists of the South in the care of the Souls Grown Deep Foundation. It advances its mission by fostering economic empowerment, racial and social justice, and educational advancement in select regions across the Southeast. The Partnership derives its name from a 1921 poem by Langston Hughes (1902-67) titled “The Negro Speaks of Rivers,” the last line of which is "My soul has grown deep like the rivers.”

Souls Grown Deep Foundation holds the largest and foremost collection of works of African American artists from the Southern United States, encompassing almost a thousand works by more than 160 artists. The Foundation advances its mission by advocating the contributions of these artists in the canon of American art history, accomplished through collection transfers, scholarship, exhibitions, education, public programs, and publications.

American Giant is a Made-in-USA apparel brand behind the “greatest hoodie ever made.” The brand makes simply designed, premium clothing for men and women with the highest standards of quality. American Giant is reinvigorating the great tradition of American sportswear, while investing in domestic farmers and communities. For more information visitwww.american-giant.com.