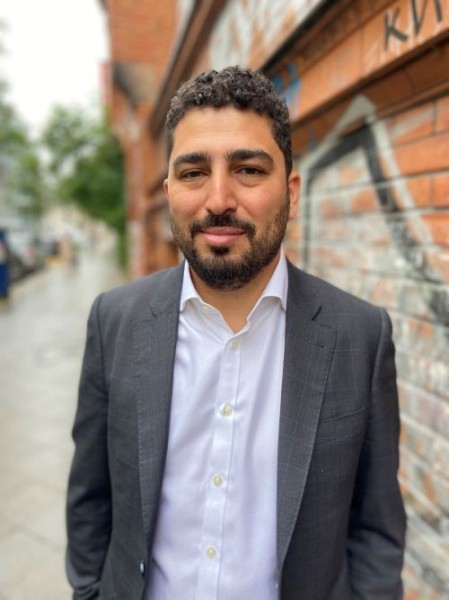 Spoleto Festival USA announced today the appointment of Mena Mark Hanna as the Festival’s new General Director. Hanna comes to Spoleto from Berlin’s Barenboim-Said Akademie, where he was Founding Dean and Professor of Musicology and Composition. In his new role, Hanna will advance Spoleto’s commitment to produce and present innovative and world-class artistic programming across performing arts disciplines; provide a platform for young and established artists alike; feature the rich cultural diversity and creative community of Charleston, SC; and promote the Festival’s hometown as an international arts destination. He succeeds Nigel Redden following Redden’s 35-year tenure leading the nonprofit organization. Hanna’s appointment concludes a ten-month international search by a Spoleto Festival USA committee comprised of Board and staff. Hanna will begin his new role in October 2021.

As Founding Dean of the Barenboim-Said Akademie, Mena Mark Hanna was responsible for articulating the Akademie’s artistic and educational vision and developing cross-disciplinary curricula. He was instrumental in curating innovative and experimental programming and driving successful fundraising campaigns. Prior to his tenure in Berlin, Hanna was Assistant Artistic Director at the Houston Grand Opera.

“Mena possesses a depth of knowledge and experience across artistic genres, and also—essential for Spoleto and Charleston—understands and is passionate about the power of artistic expression to bridge differences and bring people together,” said Alicia Gregory, President of the Board of Spoleto Festival USA. “At a time when creating access to and opportunities for meaningful representation is crucially important—in the cultural sector and across society—the next leader of the Festival must understand the power of art in promoting civic pride and effecting social change. The board is unanimous in Mena’s appointment, and is confident that we have found such a leader in Mena, who brings energy, collaborative instincts, and empathetic leadership to the position.”

“Spoleto Festival USA has a strong legacy of presenting exemplary, cutting-edge work that showcases and celebrates the breadth of artistic expression. It has been a dream of mine to lead a multi-disciplinary festival, and there is no other like Spoleto,” said Hanna. “What really excites me most about Spoleto is the opportunity to promote robust engagement with these art forms, and a deeper understanding of what it means to be human and how we can use the arts to bridge our differences.” He added, “Spoleto is both international in scope, introducing new voices and commissioning new work and, at the same time, has a deep, year-round commitment to the Charleston artistic community and youth. I look forward to joining such a dynamic community.”

Mena Mark Hanna joins Spoleto Festival USA as the Festival celebrates 45 years of bringing dynamic, multi-disciplinary programming to Charleston. Spoleto, which runs for 17 days each spring, draws local, national, and international audiences, granting young and established performers an unparalleled opportunity to showcase and hone their craft. Under the leadership of outgoing General Director Nigel Redden, Spoleto established its position as America’s premier performing arts festival. Redden, who announced last fall that he will conclude his tenure October 2021, catalyzed Spoleto’s preeminence through artist commissions, the staging of U.S. and world premieres, putting the organization on solid financial footing and securing an endowment, and overseeing important renovation projects.

“It has been greatly rewarding to guide the Festival’s growth as a leading international performing arts festival and to witness the depth of its cultural, social, and financial impact on the Charleston community over the past three and a half decades,” stated Nigel Redden. “Spoleto reflects the dynamism, creativity, and passion of the local community, and I know that under Mena’s leadership the Festival will continue to have a profoundly positive impact in supporting, inspiring, and nurturing young performers, artists, and creatives who practice between and beyond genres. I am excited to see the innovative and forward-thinking ideas that Mena will bring to Spoleto and am confident it will thrive under his direction.”

Hanna brings over a decade of experience working within the performing arts field in both leadership and educator roles. In his position as Founding Dean at Barenboim-Said Akademie, he led the conceptualization and implementation of the Akademie’s multidisciplinary curriculum and instituted comprehensive academic and artistic administrative processes. He forged collaborative ventures with numerous arts and culture and academic institutions, including the Goethe-Institut, the British Council, and the Guggenheim Museum, among others, and championed the music of both emerging and established composers such as Benjamin Attahir, Sofia Gubaidulina, Alvin Lucier, Guillem Palomar, Ehud Perlman, and Samir Odeh Tamimi. Hanna also has extensive experience in building and cultivating key relationships both within and outside an organization, having grown the Akademie’s world-class faculty of 60+ professors and lecturers and galvanizing crucial fundraising support from federal, public, and private entities.

Prior to his current position at the Barenboim-Said Akademie, Hanna served as Assistant Artistic Director at the Houston Grand Opera. After joining as Dramaturg, his expanded role included acting as the main artistic planning partner with the company’s Artistic and Music Director, supporting the company’s strategic management and vision, developing opera commissions, leading main-stage educational initiatives, and amplifying the company’s fundraising campaigns. Hanna has served on advisory boards and as a trustee for a range of arts and culture and education nonprofit organizations, curated cross-disciplinary festivals, and received several academic awards and scholarships. He received a bachelor’s degree in music composition from Temple University’s Boyer College of Music and continued his studies as a Marshall Scholar, earning a Master of Studies in musicology and a Doctor of Philosophy in music composition and critical writing from Oxford University. He publishes and lectures widely on a variety of topics ranging from Coptic chant to post-colonial readings of music performance traditions, pedagogy, and canon. He is currently pursuing an executive certificate in nonprofit leadership from Harvard University’s Kennedy School.