Building Designed by Steven Holl Architects is a Gateway Between University and City, and Anchor for Richmond’s Vibrant Arts Community 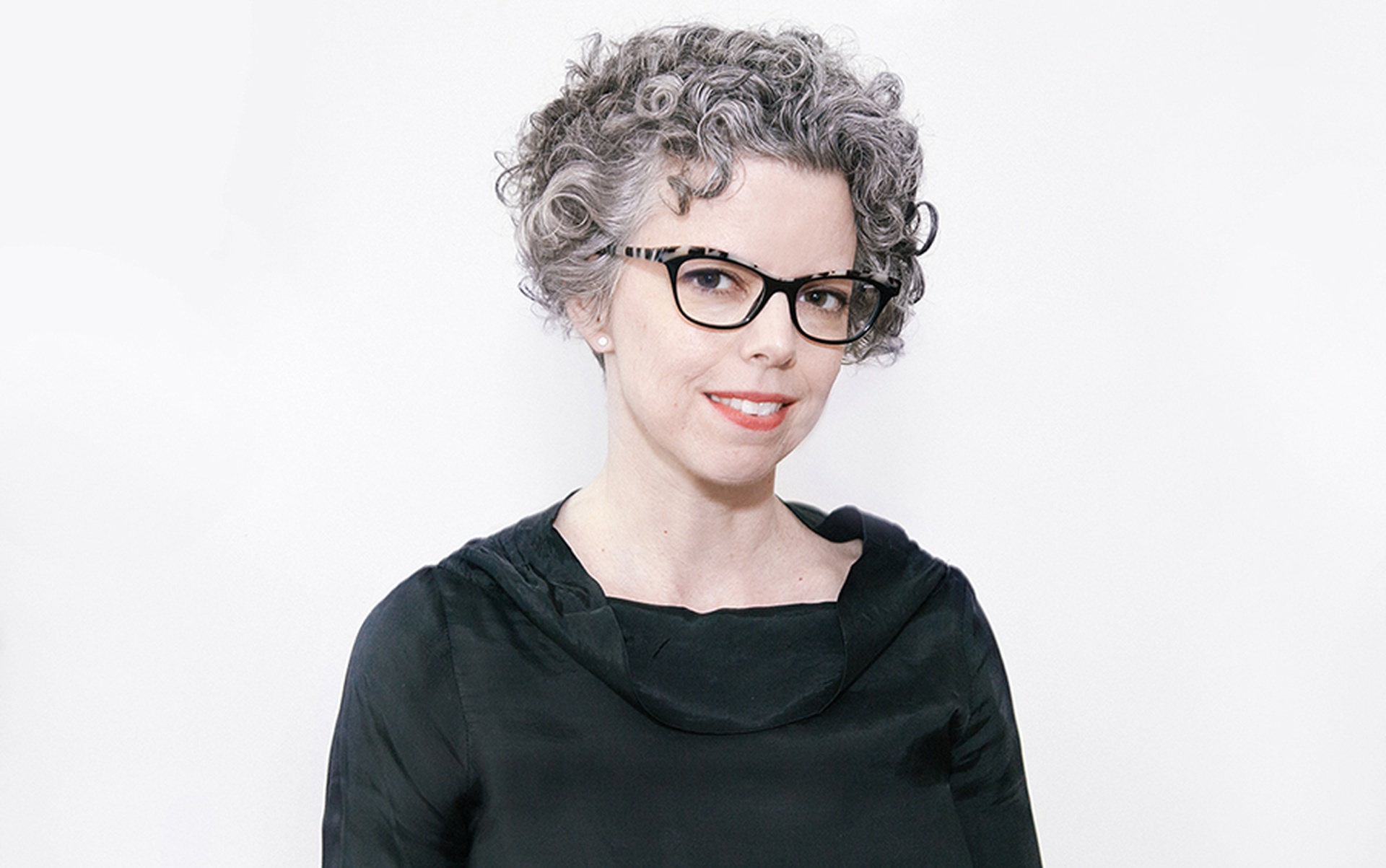 Building Designed by Steven Holl Architects is a Gateway Between University and City, and Anchor for Richmond’s Vibrant Arts Community

The Institute for Contemporary Art (ICA) at Virginia Commonwealth University (VCU) today announced the appointment of Stephanie Smith as its Chief Curator. The new, non-collecting contemporary art institution will open in Richmond in fall 2017. The Chief Curator is a new position in which Smith will manage the expanding curatorial team and work closely with ICA Director Lisa Freiman and the Curator of Education, Johanna Plummer, to realize and demonstrate the ICA’s artistic vision. Smith is currently the Chief Curator of the Art Gallery of Ontario, Toronto, and will assume her position at the ICA this November.

Designed by Steven Holl Architects, the ICA will be a significant new cultural resource for Richmond and VCU, in direct dialogue with VCU School of the Arts, the #1 ranked public school of art and design in the U.S. The ICA’s flexible programming spaces allow the institution to be simultaneously part exhibition and performance space, part lab and incubator. Its fluid design acknowledges the increasing lack of barriers between different media and practices, mirroring VCU’s interdisciplinary approach. The ICA will offer a vital new dimension to a national research university and contribute to a national and international dialogue.

The $41-million, three-story building is located at Richmond’s historic Belvidere and Broad intersection, one of the city’s most trafficked junctures directly off Interstate 95. The ICA provides a striking new gateway for Richmond, with dual entrances opening to the city’s art district on one side and VCU’s Monroe Park campus on the other. With nearly 41,000 square feet of flexible space, including an inviting 33-foot high central forum, the ICA will present the work of both emerging and established contemporary artists. It will feature a dynamic slate of changing exhibitions, performances, films, and interdisciplinary programs, and host both spontaneous art encounters and planned events.

“I am eager to open the doors of the ICA’s Markel Center to the world next fall, and I am thrilled for Stephanie to join our growing team” said ICA Director Lisa Freiman. “With her extensive leadership experience in university and contemporary art museums, she is the ideal addition to the ICA, and will greatly help the institution inspire new ways of thinking, encourage discourse, and foster collaboration. At the same time, Steven Holl Architects’ design captures our global vision, and is the perfect home for the robust roster of exhibitions and programs being developed by our curatorial team. We look forward to becoming a new destination for the arts in Richmond for students, faculty, and the broader arts community.”

“I’m delighted to join the exceptional staff at the Institute for Contemporary Art,” said Stephanie Smith. “The opportunity to help launch a new contemporary art institution is a once in a lifetime experience. I look forward to creating a dynamic curatorial program that engages the pressing issues of our times through great art and ideas. We’re going to build a program that reflects our passions and our values, a program that is flexible, playful, rigorous, and generous. I’ve learned a great deal during my time at the Art Gallery of Ontario and in Toronto, and I’m excited to apply this in my future work at the ICA—at an urban research university that is putting contemporary art front and center. I can’t wait to work with Lisa and the ICA team to open this vital new resource for VCU, Richmond, and the international art world.”

Stephanie Smith is a curator, writer, and arts leader committed to critical, collaborative, and experimental forms of museum practice and audience engagement. Her research interests focus on socially-engaged contemporary art, including the intersection of social practice and 21st-century cultural institutions.

As Chief Curator at the Art Gallery of Ontario (AGO) in Toronto, Smith leads the curatorial team at one of the largest art museums in North America. She oversees the curators, conservation, publications, and library and archives; and serves on the Gallery’s Leadership Team. While at the AGO, she has strengthened and built the curatorial team through key appointments, fostered new forms of cross-institutional collaboration, and developed a vibrant exhibition program. Key initiatives included overseeing the creative development and co-leading the advisory committee for Jean Michel Basquiat: Now’s the Time (2015) and crafting a vibrant exhibition schedule that includes pathbreaking AGO-generated projects such as Outsiders: American Photography and Film, 1950s–1980s (2016), Theaster Gates: How to Build a House Museum (2016), and Toronto: Tributes and Tributaries (2016). Smith also secured important traveling exhibitions, including the Tate Modern’s landmark Georgia O’Keeffe (2017) and the Hirshhorn’s Yayoi Kusama: Infinity Mirrors (2018).

Smith also has extensive experience working with university art museums. Prior to the AGO, she worked at the University of Chicago’s Smart Museum of Art for fifteen years in several roles, including serving as Deputy Director and Chief Curator. She was also a curator at the Rice University Art Gallery in Houston. She began her career as curatorial assistant at the Contemporary Arts Museum, Houston.

Smith’s major projects include substantial books, and she has written for international contemporary art publications including Parkett and Afterall journal, for which she served as contributing editor. She also edited Institutions and Imaginaries (2014), a book that helped launch the Chicago Social Practice History Series overseen by Mary Jane Jacob and Kate Zeller.

The pre-weathered, satin-finish zinc exterior of the Markel Center, which houses the ICA, responds to its urban setting, while interspersed clear- and translucent-glass walls provide transparency and infuse the galleries with natural light. The ICA features a series of flexible programming spaces across its three levels that demonstrate the countless possibilities inherent to a non-collecting institution. On the first floor, forked galleries and social spaces radiate from the ICA’s central forum, and frame the sculpture garden which provides opportunities for both quiet reflection and diverse programming, creating fluidity between its interior and exterior spaces. The first floor also features a 240-seat auditorium for screenings, live performances, lectures and community programs, classrooms, administrative offices, a gift shop, and café.

The second floor includes two additional galleries and a flexible learning space for educational programming that will be open to the public. The 36-foot tall gallery on the ICA’s third floor will feature large installations and suspended artworks. The third floor also houses the administrative suite and boardroom. Additional staff offices are found in the building’s lower level, as well as a lower lobby for visitors, working space for art storage and preparation, and a green room for performances.

In keeping with VCU’s commitment to science, technology, and environmental responsibility, the ICA’s design incorporates state of the art technologies and environmentally conscious design elements, and makes use of natural resources when possible. This includes the use of geothermal wells to provide heating and cooling energy for the building, green roofs to absorb storm water and maximize insulation, and glass walls designed to exhaust heat in the summer and harness it in the winter. The project is designed to meet LEED Gold Certification standards.

The ICA has raised more than $35 million to date toward its $37-million goal for construction. An endowment campaign is also ongoing. The ICA is the largest privately funded arts project in VCU’s history and is supported by leadership gifts from ICA Campaign Co-chairs Steve and Kathie Markel and Pam and Bill Royall.

Steven Holl Architects has realized architectural works nationally and overseas, with extensive experience in the arts (including museum, gallery, and exhibition design), campus and educational facilities, residential work, and master planning. Steven Holl Architects is a 40-person architecture and urban design office founded in 1976, and working globally as one office from two locations; New York City and Beijing. Steven Holl leads the office with partners Chris McVoy and Noah Yaffe. Most recently completed are the Reid Building at the Glasgow School of Art (Glasgow, UK), which opened in April 2014; Campbell Sports Center at Columbia University (New York, NY), which was completed in March 2013; and the Daeyang Gallery and House (Seoul, Korea) which opened in June 2012. Steven Holl Architects currently has eight projects under construction, including the John F. Kennedy Center Expansion in Washington, D.C.; the Glassell School of Art at the Museum of Fine Arts Houston; the Lewis Center for the Arts at Princeton University; the Visual Arts Building at the University of Iowa; and the Institute for Contemporary Art at Virginia Commonwealth University in Richmond, VA.

About VCU and VCUarts

Virginia Commonwealth University is a major, urban public research university with a diverse student body recognized for its commitment to community engagement, with national and international rankings in sponsored research. Dedicated to advancing scholarship and creative expression, VCU fosters interdisciplinary learning and collaboration. Located on two downtown campuses in Richmond and a satellite campus in Qatar, VCU enrolls more than 31,000 students in 216 certificate and degree programs in the arts, sciences, and humanities. With a distinguished faculty of professional artists and 16 departments, including Craft/Material Studies, Fashion Design and Merchandising, Dance and Choreography, Graphic Design, Music, Painting and Printmaking, Photography and Film, Sculpture + Extended Media, and Theatre, VCUarts has been the top-ranked public university visual arts and design graduate program in the country for nine years, according to U.S. News & World Report. Its campus in Qatar provides students and faculty with a direct tie to the Middle East, a region of increasing significance in the contemporary art world. For more information on VCUarts, please visit: arts.vcu.edu

About the Institute for Contemporary Art

The Institute for Contemporary Art (ICA) at Virginia Commonwealth University (VCU) is a non-collecting institution that will showcase a fresh slate of changing exhibitions ranging from innovative visual and performing arts to various forms of design and film. Part exhibition and performance space, part laboratory and incubator, the ICA will be a place to explore new ideas, objects, experiences, and materials related to the central issues of our time. Mirroring the cross-disciplinary approach of VCU and VCU School of the Arts (VCUarts), one of the nation’s leading art schools, the ICA will create a new environment for artists and scholars from around the world to test unconventional ideas and inspire audiences from throughout Richmond and around the world. This dynamic setting will support a mix of artistic vision, creative collaboration, and community engagement with the goal of questioning assumptions, encouraging critical discourse, and illuminating our lives. To date, the ICA has raised $35 million towards the capital campaign. An endowment campaign is ongoing. Additional information on opening programming will be available in the coming months. For more information on the ICA, please visit: ica.vcu.edu