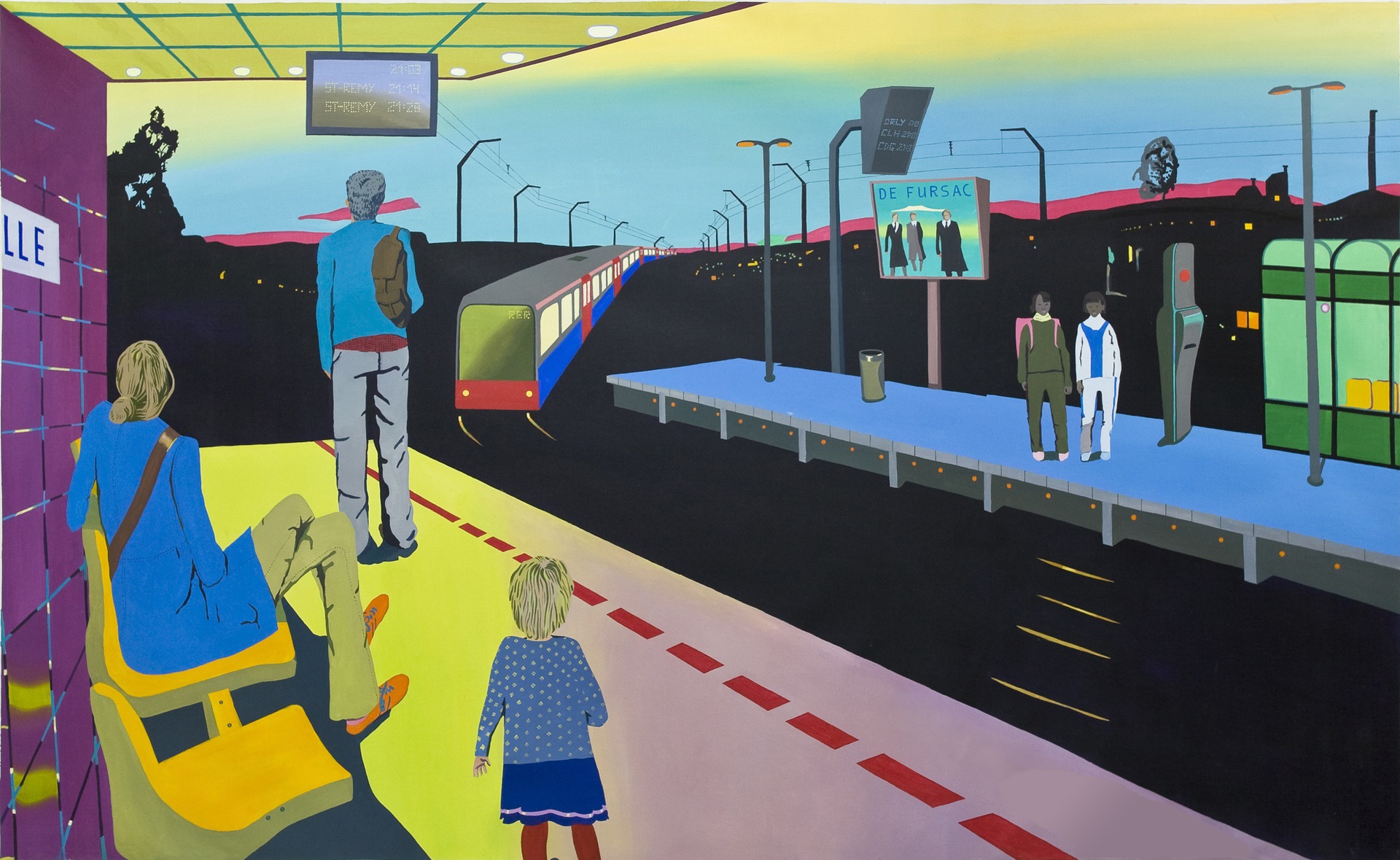 The Israel Museum, Jerusalem’s Summer–Fall 2018 exhibition season features a cross-disciplinary array of exhibitions spanning art, fashion, archaeology, and Jewish culture. From a presentation of ancient rings gifted by Sigmund Freud to his inner circle of psychoanalysts, to a major exhibition dedicated to the Russian avant-garde and its legacy, the upcoming season provides new entry points for audiences to engage with a diversity of artworks and artifacts that pose ideas of enduring significance. Also featured in the lineup is Maimonides, presented in collaboration with the National Library of Israel, which will explore the profound influence of the 12th-century philosopher on the history of Jewish religious culture from his own time to the present. The exhibition will be accompanied by an international symposium featuring leading Maimonides scholars from around the world, hosted by the National Library.

“The forthcoming season continues to expand the scope of the content and exhibitions presented by the Israel Museum, creating new opportunities for experimentation, and forging dynamic relationships with leading scholars and academic institutions that foster further discovery,” said Isaac Molho, Chair of the Board of the Israel Museum. “We are excited to present new cultural narratives to our visitors through a range of ancient to contemporary works drawn from our unparalleled collections.”

“Our upcoming season invites visitors to explore social, cultural, and artistic legacies in a new context and in their own way,” said Ido Bruno, the Anne and Jerome Fisher Director of the Israel Museum. “The rich variety of exhibitions presented over the next six months demonstrates the unique range of the Israel Museum and its collections, as well as exemplifying our strong connections with sister institutions, both in Israel and around the world.”

The season will also include the opening of three major traveling exhibitions organized by the Israel Museum. Hangaram Art Museum presents Marc Chagall: Love and Life. From the Collection of the Israel Museum, the first exhibition organized by the Museum to travel to South Korea. Additionally, The Miracle of M.C. Escher: Prints from The Israel Museum, Jerusalem will bring a comprehensive survey of works by renowned printmaker M.C. Escher to locations throughout Japan, following its premiere at the Ueno Royal Museum in Tokyo. Additional information on each exhibition follows below.

Zurbarán: Jacob and His Twelve Sons. Paintings from Auckland Castle

Extending a major U.S. tour of Spanish Baroque masterworks from Auckland Castle in England, twelve life-size paintings by Francisco de Zurbarán (1598–1664) are on view in Israel for the first time. Zurbarán: Jacob and His Twelve Sons provides audiences with the rare opportunity to enjoy the series, which has been presented outside of the United Kingdom only twice before (in 1994–95 and 2017–18) since its original purchase in 1756 by Richard Trevor, the Bishop of Durham (1752–1771). The series has hung in the Long Dining Room at the castle of the Prince Bishops of Durham for more than 250 years.

This major retrospective surveys the work of French multidisciplinary artist Christian Boltanski from the 1970s through the present, demonstrating the artist’s ongoing exploration of the mechanisms of commemoration, from such seminal projects as Ombres, Monuments, and Reliquaires, to recent large-scale pieces and installation works, and several new site-specific projects created specifically for the exhibition. Amongst the earliest supporters and collectors of Boltanski’s work, the Israel Museum presented one of the artist’s first installations, Inventaires (1973), and in 1988–89, as the Museum’s Lindy and Ed Bergman Visiting Artist, he created and exhibited an installation entitled Lessons of Darkness. Featuring works gifted to the Museum by Boltanski from that project, in addition to important loans and site-specific works, the exhibition carries local and universal significance, posing human questions beyond place and time.

Marking the first exhibition to examine the broad spectrum of Israeli fashion design, Fashion Statements is a pioneering presentation on the origins of Israel’s globally-trendsetting fashion design. Through clothing, fashion sketches, and photography, this large scale-exhibition illustrates the range of fashion in Israel from its deep historical roots to contemporary collections, provoking a dialogue about tradition and modernity, myth and reality, and conflicting ideologies. Fashion Statements explores fashion design from late 19th-century indigenous pre-Zionist clothing, through the opposing forces of Europeanism and Orientalism that converged in the early decades of the State; the phenomena of such leading industries and fashion houses as Gottex, Maskit, Fini Leitersdorf, and Rojy Ben-Joseph; to the work of contemporary leading fashion designers with a global following.

I to Eye is this year’s annual Ruth Youth Wing for Art Education exhibition and invites audiences to examine at close quarters human interactions in all their stages, from introduction to separation. The artworks on display explore encounters between different people: from family members to virtual strangers and passersby on the street, examining how eye contact, facial expressions, and body language inform interpersonal relationships. In today’s digitally advanced global society, cellphones and social media enable people to “meet” at any time, creating the feeling that we are never alone. I to Eye explores the ways in which social connections are shifting, encouraging the rediscovery of face-to-face encounters.

Freud of the Rings

A ring that Freud had given to one of his group of followers found its way into the Museum’s archaeology collection, eventually sparking the imagination of the exhibition curator. Following in-depth research, she managed to track down five sister-rings from around the world, all of them gifts from Freud to his inner circle. The rings are set with ancient gems engraved with images from Roman mythology, each one carefully selected for the recipient’s particular attributes. This is the first time that the rings have been displayed side by side. Alongside Freud's own ring, and those that he gave to his students, are objects from his collection of antiquities that relate to Freud’s psychoanalytic theory and personal life.

Julian Rosefeldt weaves together more than 50 manifestos from 20th-century artistic movements in an immersive cinematic installation that reflects on the value of the artist’s role in society. The texts are reinterpreted into monologues for 13 distinct characters– ranging from a TV anchorwoman to a homeless man–who are brought to life by eminent actor Cate Blanchett. Reviving declarations by such artists and theorists as André Breton, Jim Jarmusch, Sol LeWitt, Kazimir Malevich, and Claes Oldenburg, Manifesto places their words in a new context, underscoring their continuing relevance today.

Victory over the Sun: Russian Avant-Garde and Beyond

This major exhibition will explore avant-garde trends in Russian art during the 20th century, focusing on the emergence of the art movements that accompanied the historical and political upheavals in the country. Beginning with Kazimir Malevich’s radical revolution in art prior to the year 1920, the exhibition will emphasize his Suprematist period and its significant influence on generations of prominent artists up to the present day. This will be followed by an exploration of Nonconformist Art that emerged after Stalin's death, presenting artists such as Kabakov, Bulatov, Komar, and Melamid, among others, who opposed official Socialist Realism and created art unofficially from the 1960s through the 1980s. The exhibition’s epilogue will address the legacy of each of these movements in the works of contemporary artists such as Pavel Pepperstein and Vadim Zakharov, highlighting the continuity of the avant-garde tradition. Complementing the exhibition will be an "archive" that will include major examples of the Russian avant-garde book, as well as letters, invitations, photographs, and other ephemera.

Maimonides, the 12th century philosopher, physician, and halachic authority, played a central role in Jewish history, life and practice. This exhibition is the result of a two-part joint project of the Israel Museum, Jerusalem and the National Library of Israel, and will explore and celebrate the profound influence of Maimonides on the history of Jewish religious culture from his own time to the present. The exhibition at the Israel Museum will present original signed manuscripts, documents from the Cairo Genizah, and rare illuminated medieval manuscripts created in places as diverse as France, Germany, Italy, Spain, and Yemen, on loan from prestigious institutions worldwide. The exhibition focuses on Maimonides' two major works: the legal code Mishneh Torah, and the philosophical Guide of the Perplexed, which together represent the apex of the author's massive contribution to the codification of Jewish law and the religious, philosophical, and ethical principles that have guided Jewish practice since the 12th century. Medical manuscripts will be also displayed. In parallel, the National Library of Israel will host an international symposium featuring leading Maimonides scholars from around the world and an exhibit entitled Maimonides: From Print to Digital.

Traveling Exhibitions of the Israel Museum

From the Collection of the Israel Museum, Jerusalem

This comprehensive exhibition of works by Marc Chagall marks the first exhibition of the Israel Museum to travel to South Korea. The Museum’s extensive Chagall holdings span the artist’s entire career and a wide range of mediums. The exhibition includes self-portraits, and illustrations from his 1920 autobiography; and depictions of lovers, sometimes expressed in a portrayal of the love between him and his wife, Bella. Also included are Chagall’s illustrations for Bella’s books Burning Lights and First Encounter, for Dead Souls by Nikolai Gogol; for fables of the 17th century French poet, La Fontaine; and biblical illustrations. Marc Chagall was a close friend of the Israel Museum from its earliest days and of its precursor, the Bezalel National Museum. He visited both institutions on a number of occasions, donating generously to their collections. His daughter Ida followed in her father’s footsteps, maintaining a close connection with the Israel Museum and contributing a major gift of her father’s work in 1990.

The Miracle of M.C. Escher: Prints from The Israel Museum, Jerusalem

Additional venues to be announced

This international tour will bring to locations throughout Japan a comprehensive survey of works by M.C. Escher, drawn from the Israel Museum’s extensive collection of the renowned Dutch artist, encompassing over half a century of creativity. The exhibition features 448 complex prints that showcase Escher’s virtuoso technique which he employed to create illusions and enigmatic visions. The exhibition is divided into eight parts: Scientific Explorations, Legend and Religion, Landscapes, The Human Figure, Applied Graphic Designs, Techniques and their Secrets, Reflections, and Optical Illusions. Japanese culture played a special role in Escher’s life. His father, George Arnold Escher, worked in the country for five years, from 1873 to 1878. Even though his son Maurits Cornelis was born in the Netherlands in 1898, this formative experience twenty years earlier exerted a profound impact on the entire family. Traditional objects of Japanese culture adorned the Escher home, and the detailed memories that George Arnold set down in writing were also shared with his son as he grew up. A number of works by M. C. Escher displayed in the exhibition reveal his awareness of Japanese motifs and aesthetics.

From the Collection of The Israel Museum, Jerusalem

The first comprehensive U.S. exhibition drawn from the Israel Museum’s world-renowned collection of Jewish costumes, Veiled Meanings showcases more than one hundred articles of clothing from the 18th to 20th centuries, presented as complete ensembles or as stand-alone items. This array of apparel from more than twenty countries on four continents offers an opportunity to view many facets of Jewish identity and culture through rarely-seen garments. The range of textile designs and clothing illuminates the story of how diverse global cultures have thrived, interacted, and inspired each other for centuries. Showcasing color, texture, function, artistry, and craftsmanship, the exhibition also offers an incisive and compelling examination of Jewish diversity and migration through the lens of fashion.