Max Fishko Appointed as Senior Director of Exhibitions and Sales; Eric Van Speights as Head of Brand and Experience; and Alex Magnuson and Subhas Kim Kandasamy as Directors of Sales and Artist Management 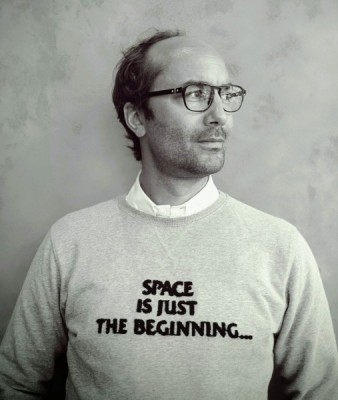 November 11, 2021 - Mollie Dent-Brocklehurst, Cofounder and CEO of Superblue, the venture dedicated to producing, presenting, and engaging audiences with experiential art, today announced the expansion of the company’s senior team and the creation of new roles dedicated to innovation, exhibition development, audience experience, and sales. Former member of Niantic’s founding team Mathieu de Fayet joins Superblue’s executive team as Chief Innovation Officer–marking the next stage of the company’s growth as it embarks on physical, virtual, and AR initiatives that enhance the experiences created by Superblue artists. As Superblue continues to launch new projects worldwide, Max Fishko joins the company as Senior Director of Exhibitions and Sales; Eric Van Speights as Head of Brand and Experience; and Alex Magnuson and Subhas Kim Kandasamy join as respective Los Angeles- and New York-based Directors of Sales and Artist Management.

“Following a successful launch year with the opening of our first center in Miami, and major projects in New York, London, and Basel, Superblue is ready to embark on the next phase of its growth with new projects around the world, both physical and digital. We are particularly excited to engage with technology in ways that expand the impact and reach of our artists’ work. The appointment of Mathieu de Fayet, with his incredible track record in the tech space and dedication to our mission and artists, affirms Superblue’s commitment to expanding its initiatives to the digital realm. I am also pleased to welcome Max, Eric, Alex, and Subhas, who each bring decades of specialized expertise to their new roles,” said Dent-Brocklehurst.

Based in San Francisco, De Fayet brings to Superblue his extensive experience growing and scaling businesses and ecosystems at the crossroads of technology, media, culture, and education. Previously, he spent nearly a decade as a member of the founding team at Niantic, Inc., maker of Pokémon GO, where he worked with tech and media companies, cities, and major cultural institutions around the world to expand the company’s footprint and impact. Leading a new dedicated Innovation team at Superblue, De Fayet spearheads initiatives and partnerships that support artists in exploring our rapidly evolving relationship with the digital realm and bring their practices to a wide audience.

Supporting the ongoing launch of Superblue initiatives worldwide, Fishko oversees the development and operations of the company’s large-scale projects and exhibitions. He brings over 20 years of experience in the art world to his role as Senior Director of Exhibitions and Sales, having cofounded Art Market Productions (AMP), a top-tier creative production company in 2009. There he led the creation, planning, and production of hundreds of art fairs, exhibitions, and public projects on a national and international scale, spanning from Coachella to Art Basel. Fishko remains a board member and creative advisor for AMP and acts as an advisor and board member for several creative start-ups and nonprofits, where he continues to support the next generation of artists.

With a focus on global commissions and collaborations with top architects, developers, and artists, Kandasamy brings to his role as Superblue’s New York-based Director of Sales and Artist Management nearly 15 years of experience in the contemporary art and design fields. Having worked and lived in major cities around the world, he also contributes a broad international outlook to Superblue’s global sales strategies and collaborations. Most recently, he was the Director of International Projects at Achille Salvagni, a highly regarded architectural practice, where he led the establishment of the London arm of the firm that focused on superyachts and high-end residential projects. Prior to Achille Salvagni, Kandasamy served as the Gallery Director of Carpenters Workshop Gallery.

Magnuson, Superblue’s new Los Angeles-based Director of Sales and Artist Management, brings over 15 years of experience working with artists, studios, and foundations. Residing and working in Los Angeles and London for extended periods, Magnuson also adds a comprehensive perspective to Superblue’s international sales strategies and collaborations. Magnuson joined Gagosian Gallery in London in 2006. After a year running Lazarides Gallery on London’s Greek Street, she returned to Gagosian in 2011 as a salesperson and artist liaison to numerous artists and estates, Michael Heizer, Thomas Houseago, and the Estate of Chris Burden among them. Over the last ten years at Gagosian in Beverly Hills, Magnuson has amassed extensive experience in exhibition curation and management, media relations, and publications.

As Superblue’s new Head of Brand and Experience, Van Speights plays a vital role in shaping audience experience across all Superblue projects and locations worldwide, and in ensuring alignment with the venture’s mission. Van Speights has nearly two decades of experience in the international luxury market, bringing a seasoned perspective to the ongoing development of Superblue’s global brand. Previously, he was the Vice President, Creative Director and Head of Special Projects at Sotheby’s, where he led omni-channel creative and developed strategic marketing initiatives to optimize growth and brand positioning. Prior to Sotheby’s, Eric served as the Graphic Design Director at Robert A.M. Stern Architects.