The Addison Gallery of American Art announced today that Susan Faxon, associate director and Robert M. Walker Curator of Art before 1950, is retiring after 31 years at the museum. 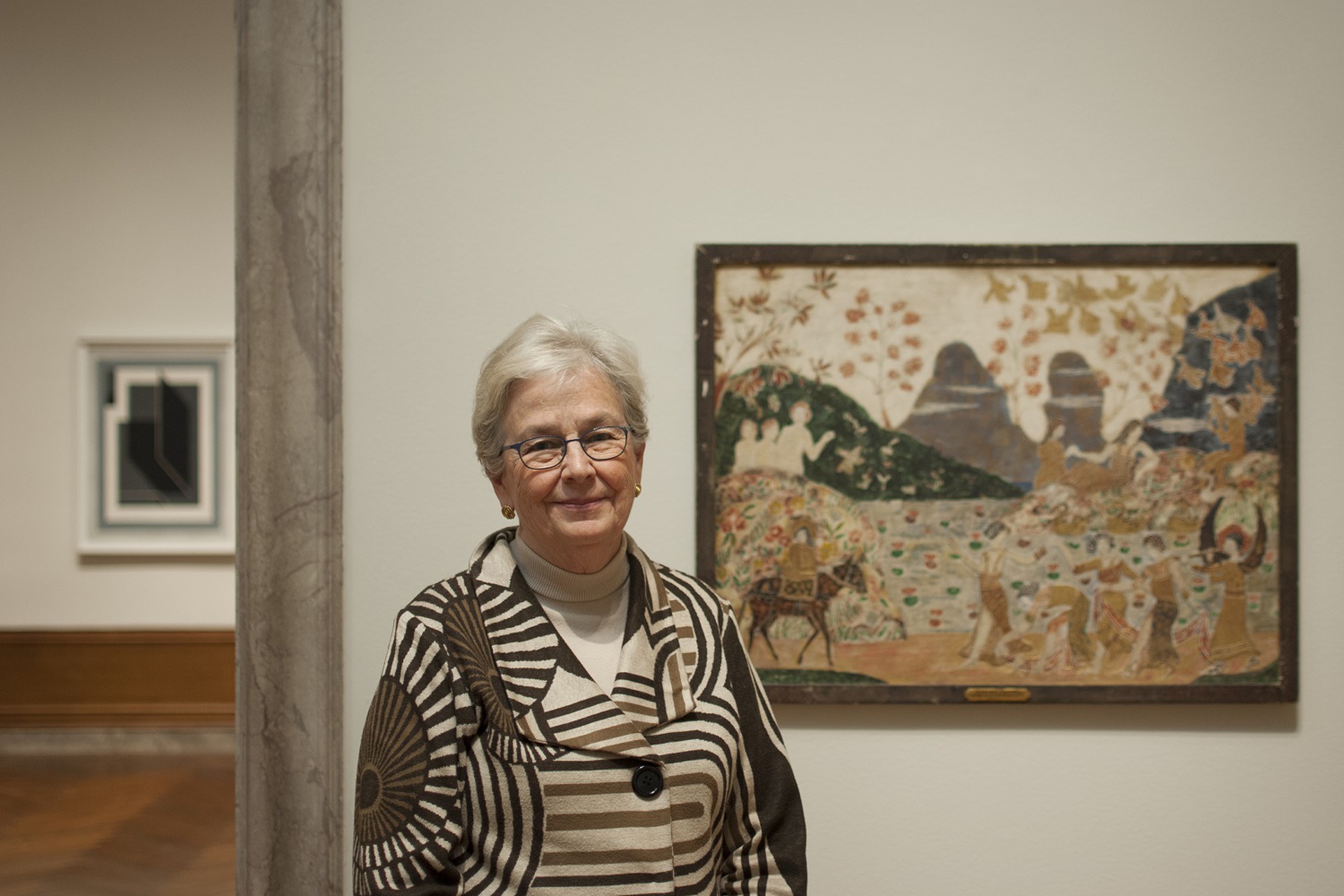 The Addison Gallery of American Art announced today that Susan Faxon, associate director and Robert M. Walker Curator of Art before 1950, is retiring after 31 years at the museum.

Since joining the Addison in 1986, Faxon has overseen tremendous growth of the museum’s renowned American art holdings and has organized major exhibitions that have traveled around the country and the world, introducing new scholarship and insights into the history of American art. In recognition of her contributions, Faxon will be awarded the title of Associate Director and Robert M. Walker Curator of Art before 1950, Emerita. Her last day at the Addison is November 30, 2017.

“We are tremendously grateful to Susan for enriching the Addison’s program and staff with her passion and expertise over the past three decades,” said Judith F. Dolkart, The Mary Stripp & R. Crosby Kemper Director of the Addison Gallery of American Art. “She has left an indelible imprint on our institution, ensuring that its legacy as one of the preeminent American art museums not only endures, but is strengthened for current and future generations of students and visitors.”

During her tenure, Faxon expanded and deepened the Addison’s collection, which is considered one of the most important American art collections in existence. Adding key works that build upon the full arc of American art history represented in its holdings, Faxon was instrumental in acquiring a great many works, ranging from 19th-century artists John Singer Sargent, Winslow Homer, Eastman Johnson, and Arthur Wesley Dow, to 20th-century works by George Tooker, John Graham, Morton Schamberg, Charmion von Wiegand, Jackson Pollock, Barnett Newman, and Theodore Roszak.

Faxon has curated numerous collection-based exhibitions that trace the origins of the United States to the present, including On Paper: Masterworks from the Addison Collection (2003), Maurice Prendergast: Learning to Look (2001–02), and Referencing the Past: Six Contemporary Artists (1999). Faxon also served as project director, co-curator, and author of Coming of Age: American Art, 1850s to 1950s (2006–07)—which charted the international rise of American art in the 19th and 20th centuries—and the retrospective exhibition, Sheila Hicks: 50 Years (2010). In 2012, she was project director for the critically acclaimed American Vanguards: Graham, Davis, Gorky, de Kooning and Their Circle 1927–1942, curated by William Agee, Irving Sandler, and Karen Wilkin. Most recently, Faxon directed and co-curated Alfred Maurer: At the Vanguard of Modernism (2015), which re-examined the artist’s contributions to the development of modernism in America.

Faxon served as interim director during her tenure, and from 2008–10, she oversaw the renovation and expansion of the museum’s 1931 Charles Platt building. The Sidney R. Knafel Wing, home to the Museum Learning Center, has greatly enhanced the Addison’s capacity to engage students from Phillips Academy and the surrounding community with works of art from the museum’s collection. Faxon has contributed essays to the publications Winslow Homer at the Addison (1990) and Coming of Age: American Art, 1850s to 1950s (2006); co-authored Addison Gallery of American Art: 65 Years (1992); and was project director, curator, and contributor to Academy Hill: The Andover Campus, 1778 to Present (2003), produced in association with the Princeton Architectural Press. Prior to joining the Addison, she was the director of the University Art Galleries at the University of New Hampshire, Durham from 1975 to 1986. She holds a Master of Science degree in Historic Preservation and Restoration from Columbia University, and a Bachelor of Arts degree in Painting and American Studies from Smith College.