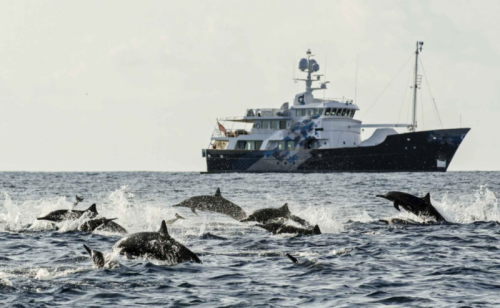 TBA21–Academy is a contemporary art organization and cultural ecosystem fostering a deeper relationship to the Ocean through the lens of art to inspire care and action. For a decade, TBA21–Academy has been an incubator for collaborative research, artistic production, and new forms of understanding bycombining art, science, and other knowledge systems, intertwining imagination and possibility inregenerative relationships, resulting in exhibitions, research, and policy interventions.

The project Interspecies Assembly by artist group SUPERFLEX for ART 2030 opens during the United Nations General Assembly, seeking to draw attention to biodiversity and the critical role of the ocean—particularly to the region known as the twilight …
Read more
Tags
Press Release
New York NY
Visual Arts
TBA21-Academy
Assets