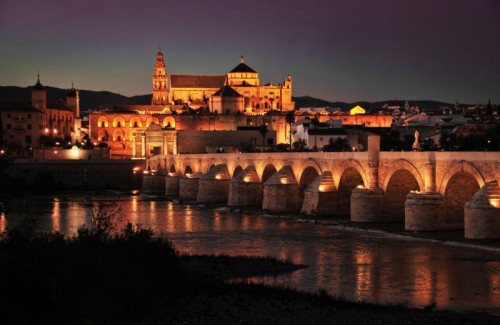 Collaboration to Launch in April with Abundant Futures at Centre for Contemporary Creation of Andalusia (C3A), Spanning the 20-Year History of TBA21’s Outstanding Collection and Groundbreaking Commissions

Today Thyssen-Bornemisza Art Contemporary (TBA21) signed an agreement with the Cordoba City Council and the Department of Culture and Historical Heritage of the Andalusian Regional Government that establishes a three-year collaboration with the Centre for Contemporary Creation of Andalusia (C3A) and the City to create new cultural and public programming in Cordoba. This joint initiative will highlight the rich tradition of the arts in the region in dialogue with works of contemporary art from the TBA21 collection, engaging local artists and communities, and drawing new audiences to experience the culture of Cordoba.

The centrepiece of the partnership will be a series of exhibitions drawn from TBA21’s unparalleled collection of commissions and contemporary art, together with ongoing public programs, including performances, artist residences and symposia that will draw together artists from the region and the international artistic community. It will also feature installations that will activate cultural, historical and public spaces throughout Cordoba. All of these programs will be free of charge.

With Cordoba’s long history as a centre for creativity and tolerance, the partnership with the Andalusian Regional Government, the city of Cordoba and C3A is a natural extension of TBA21’s mission. For 20 years, TBA21 has sparked new collaborations across the arts, humanities and sciences, partnering with cultural and educational organizations, and municipalities and communities around the world.

“Cordoba is a legendary city, with an incredible history, rooted in tolerance. Tolerance is about being welcoming and embracing, and so TBA21 is honoured to accept the invitation to collaborate with Mayor José María Bellido, President of the Region of Andalucía Juan Manuel Moreno Bonilla, as well as the people of Cordoba and artists of the region to embark on this three-year partnership,” said Francesca Thyssen-Bornemisza, founder of TBA21. “This year we are celebrating our 20th anniversary, and nothing excites me more than to embark on a new challenge at this time. Integrating our program into a city with such a rich history gives us an opportunity to build a new future, based on trust and generosity. We need all of us to look to the future and contribute towards a more sustainable art practice, whilst galvanizing the transformative power of art. We very much look forward to this great opportunity of working together to build a long and fruitful partnership with Cordoba, building on this city’s legacy as a global cultural crossroads.”

The first program of the new collaboration, Abundant Futures, will open in April at C3A. Curated by Daniela Zyman, TBA21’s Artistic Director, the exhibition reflects the Foundation’s 20-year history of research, collaboration and experimentation through the lens of artists. Installed throughout the C3A space, this exhibition brings together an important selection of works from TBA21's collection, many of which were groundbreaking commissions, representing different generations of artists across multiple geographies. It charts unexplored trajectories and maps out new paths for conceiving past and present life-relations towards abundant ways of living together.

Based in Madrid, and Vienna, TBA21 has a long history with Spain, including its ongoing relationship and collaborations with the Museo Nacional Thyssen-Bornemisza in Madrid, as well as support of other cultural centres in the city such as the Reina Sofía and Matadero Madrid. The Foundation has also worked with institutions in a number of other Spanish cities including Barcelona, Seville and Bilbao, among others, to present exhibitions and loans from the Foundation’s collection.

Thyssen-Bornemisza Art Contemporary (TBA21) is a leading international art and advocacy foundation created in 2002 by the philanthropist and collector Francesca Thyssen-Bornemisza, representing the fourth generation of the Thyssen family’s commitment to the arts and public service. The TBA21 Foundation—based in Madrid and Vienna—stewards the TBA21 Collection and its outreach activities, which include exhibitions, public programming and partnerships with other cultural and civic institutions.

In 2011 TBA21 established TBA21–Academy, a cultural ecosystem fostering a deeper relationship to the Ocean through the lens of art to inspire care and action. For a decade, the Academy has been an incubator for collaborative research, artistic production and new forms of knowledge by combining art and science, resulting in exhibitions, research and policy interventions. In 2019, two initiatives launched as part of the program to share its research and practice with the wider public: the physical venue Ocean Space in Venice, and the digital platform Ocean Archive. Since 2021, the Academy has been involved as an endorsed project in the United Nations Decade of Ocean Science for Sustainable Development (2021–2030), helping to shape the EU’s Horizon Europe Mission Healthy Oceans and taking an active part in developing the vision for the Bauhaus of the Seas network.

TBA21 is continually extending its advocacy work by sparking new collaborations across the arts, humanities and sciences, partnering with other research and educational organizations, and municipalities and communities around the world.

About Centre for Contemporary Creation of Andalusia (C3A)

The Andalusian Contemporary Creation Center-C3A was inaugurated in December 2016 with the intention of becoming a reference center for artistic creation and production. During these years a complete program has been carried out consisting of exhibitions, activities, courses, workshops, performances, concerts and artistic residencies, which have made it possible to forge a meeting place and development of different artistic disciplines.

Unlike other museums or contemporary art centers, the C3A focuses primarily on production, creation and experimentation, one of its distinguishing characteristics being the emphasis not only on finished works, but also on the creative process, for later bring your result closer to the public. For this reason, artistic residencies and live arts have great relevance in its programming.

The C3A has an annual program of temporary exhibitions that includes national and international proposals that bring together the latest trends in contemporary art, in addition to focusing another line of its programming on Andalusian artists and on the sample of the works resulting from the programs of production. The C3A is based in a building by the architects Nieto and Soberano, closely linked to the architectural tradition of the Hispanic Muslim culture.

Image: View of Mosque-Cathedral of Cordoba. Courtesy of the City of Cordoba.