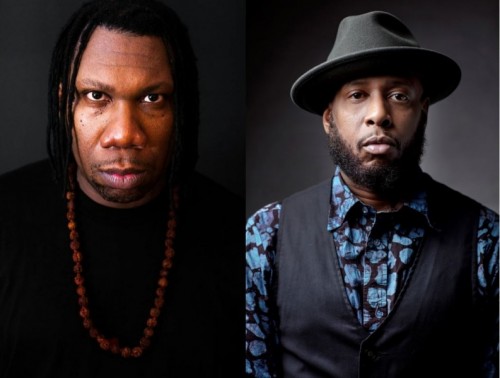 Harlem, NY – (March 15, 2022) – To celebrate the 30th anniversary of the legendary Hip-Hop showcase the Lyricist Lounge, the Apollo will bring together iconic producers, DJs, and rappers of the 90s to today, live and in-person on Saturday, April 16 at 8:00pm EST. For one night only, the concert will feature a slew of iconic artists, including KRS-One, Kid Capri, Talib Kweli, Grand Puba, Rah Digga,  Buckshot, Mr. Cheeks, CL Smooth, and Bahamadia—among others to be announced. Lyricist Lounge began in 1991 as a regular gathering of some of New York’s best underground MCs and has grown into one of Hip-Hop’s most recognized platforms, showcasing newcomers and veterans on national concert tours, albums, documentaries, and the popular 2000 MTV sketch comedy series, The Lyricist Lounge Show. Tickets are on sale now at www.ApolloTheater.org.

“Next year marks the 50th anniversary of the birth of Hip-Hop, so it’s fitting that the Apollo celebrate Lyricist Lounge and the artists that have inspired the culture,” said Executive Producer Kamilah Forbes. “The Apollo has a long history of presenting Hip-Hop and providing a platform for its artists, and many of the artists joining Lyricist Lounge next month have performed on the Apollo Stage early in their careers, and we’re thrilled for their return as we celebrate and pay homage to their artistry and the prominent global impact they have all had.”

The Lyricist Lounge was initially founded by Danny Castro and Anthony Marshall as a safe space for Hip-Hop artists to hone their skills, but quickly evolved to become an integral part of Hip-Hop history. For 30 years, Lyricist Lounge has been known for its ability to curate and showcase authentic, high-quality talent. As the soul of American culture, bringing together artists from across the African diaspora, the Apollo has given a platform to some of the world’s biggest Hip-Hop icons—including A Tribe Called Quest, Nas, and most recently Wyclef Jean—as well as fostered the genre’s up-and-coming talent.

ABOUT THE ARTISTS
KRS-One (“Knowledge Reigns Supreme”) is a rapper, lyricist, and activist born and bred in New York City. He first gained recognition as a member of the Hip-Hop group Boogie Down Productions, which he founded with the late DJ Scott La Rock in the mid-80s. Following the sudden loss of La Rock, KRS-One started the Stop the Violence Movement. Dubbed by Rolling Stone as the “conscience of Hip-Hop,” and with over 20 album credits to his name, KRS-One has built a career by staying loyal to the original tenets of Hip-Hop: peace, love, unity, and safely having fun. His most recent album, IMAMCRU 1 2, came out this past February.

Kid Capri, a Bronx native, is a Grammy-winning DJ and producer. He has collaborated with artists such as Kendrick Lamar, Jay-Z, Salt-N-Pepa, Madonna, Jennifer Lopez, and Aaliyah on several albums, tracks, and live shows, and appeared on major networks and series such as BET, VH1, and Russell Simmons’ Def Comedy Jam. Kid Capri was inducted into the Bronx Hall of Fame in 2021, and recently released his first album in over 20 years titled The Love.

Talib Kweli, a Brooklyn native, came on to the scene with fellow Brooklynite Mos Def in 1997, when they formed the group Black Star. Kweli has since released acclaimed solo work and collaborated with legends like Kanye West, Pharrell Williams, Just Blaze, J Dilla, and Madlib. In 2011, Kweli founded Javotti Media, an independent, multi-media company, and he also hosts two podcasts. Kweli has centered activism throughout his career, appearing as a guest on platforms like The Tonight Show to speak on issues of injustice and police brutality. His most recent album, Gotham, was released last year.

Grand Puba is an American rapper from New Rochelle, New York. He initially rose to prominence as a member of Masters of Ceremony, whose 1988 album Dynamite was met with critical acclaim. He is best known, however, as the lead emcee of the group Brand Nubian. Grand Puba has collaborated with a number of artists over the years, including Missy Elliott, Beanie Sigel, and Ugly Duckling. His last solo album, Black from the Future, was released in 2016.

Rah Digga, originally from New Jersey, participated as an MC in several Hip-Hop groups in her early days until she was spotted at a Lyricist Lounge showcase, which led to her inclusion in the Flipmode Squad, a Hip-Hop group led by Busta Rhymes. She has collaborated on tracks with artists such as Eve, The Fugees, and Bahamadia on the 1998 album Lyricist Lounge, Vol. 1. In 2003 and 2009, she was featured in the documentary films Queens of Hip-Hop and Say My Name alongside Erykah Badu, Remy Ma, and MC Lyte, among others.

CL Smooth, a native New Yorker, is a rapper, emcee, actor, and activist. He is best known as the vocal half of Hip-Hop duo Pete Rock & CL Smooth, who debuted in 1991 with their album All Souled Out. Since then, CL Smooth has released two solo albums and collaborated on countless tracks with other industry heavyweights such as Run-DMC, John Legend, and The Roots. He most recently released a single in 2019 entitled “Just in Town.” Additionally, Smooth has leveraged his platform for activism, encouraging voter mobilization and being a voice on fighting climate change.

Bahamadia is a Philadelphia native whose critically acclaimed debut album Kollage was the first LP written and co-produced entirely by a female Hip-Hop artist and earned her a nomination for the 1996 Soul Train Lady Of Soul award for Best New R&B/Rap Artist. Her late 90s radio show “Bahamadia’s B-Sides” showcased underground and underrecognized talent to listeners, and she has collaborated with artists such as Lauryn Hill, The Roots, Talib Kweli, and more.

Buckshot was born and raised in Brooklyn and began rapping in neighborhood ciphers at an early age. Buckshot led Hip-Hop groups Black Moon and Boot Camp Clik and founded the Duck Down Music record label. He has worked with artists such as Tupac, Aaliyah, KRS-One, 9th Wonder, and Mobb Deep, among others.

Mr. Cheeks is best known for his block party anthems as a rapper of the Queens-based group Lost Boyz. Establishing a solo career in early 2000s, his debut solo album John P. Kelly featured his hit single "Lights, Camera, Action!" He has worked with artists such as Stephen Marley, Mario Winans, and Lil’ Kim.

TICKETS
Tickets for the Lyricist Lounge 30th Anniversary Celebration are $45 per person. To purchase tickets to Lyricist Lounge and all other events of the Apollo’s Winter/Spring 2022 season, visit www.ApolloTheater.org.

COVID-19 PROTOCOLS
The health and safety of our audiences, artists, and staff is the Apollo’s top priority. Please note that all attendees must present a government-issued picture ID prior to entry and show a completed vaccination card authorized by the FDA or WHO against COVID-19 (dated at least 14 days before the show). Proof of vaccination can be displayed on smartphones. Proof of vaccination may also include a CDC Vaccination Card (or photo), NYC Vaccination Record, or an official immunization record from outside New York City or the United States. Photo ID for children under 12 will not be required if they are accompanied by parents/guardians with government-issued photo ID. All attendees are required to wear masks inside the theater, and there is no eating or drinking allowed. For a complete list of the Apollo’s COVID-19 safety protocols, please visit www.ApolloTheater.org.

About the Apollo
The legendary Apollo Theater—the soul of American culture—plays a vital role in cultivating emerging artists and launching legends. Since its founding, the Apollo has served as a center of innovation and a creative catalyst for Harlem, the city of New York, and the world.

Since introducing the first Amateur Night contests in 1934, the Apollo has served as a testing ground for new artists working across a variety of art forms and has ushered in the emergence of many new musical genres—including jazz, swing, bebop, R&B, gospel, blues, soul, and hip-hop. Among the countless legendary performers who launched their careers at the Apollo are Ella Fitzgerald, Sarah Vaughan, Billie Holiday, Gladys Knight, Luther Vandross, H.E.R., D’Angelo, Lauryn Hill, Machine Gun Kelly, and Miri Ben-Ari; and the Apollo’s forward-looking artistic vision continues to build on this legacy. For more information about the Apollo, visit www.ApolloTheater.org.

Images courtesy of the Apollo Theater.