The Barnes Foundation presents Sun Splashed, a mid-career survey of the found-object assemblage art of Nari Ward, on view June 24 through August 22, 2016. 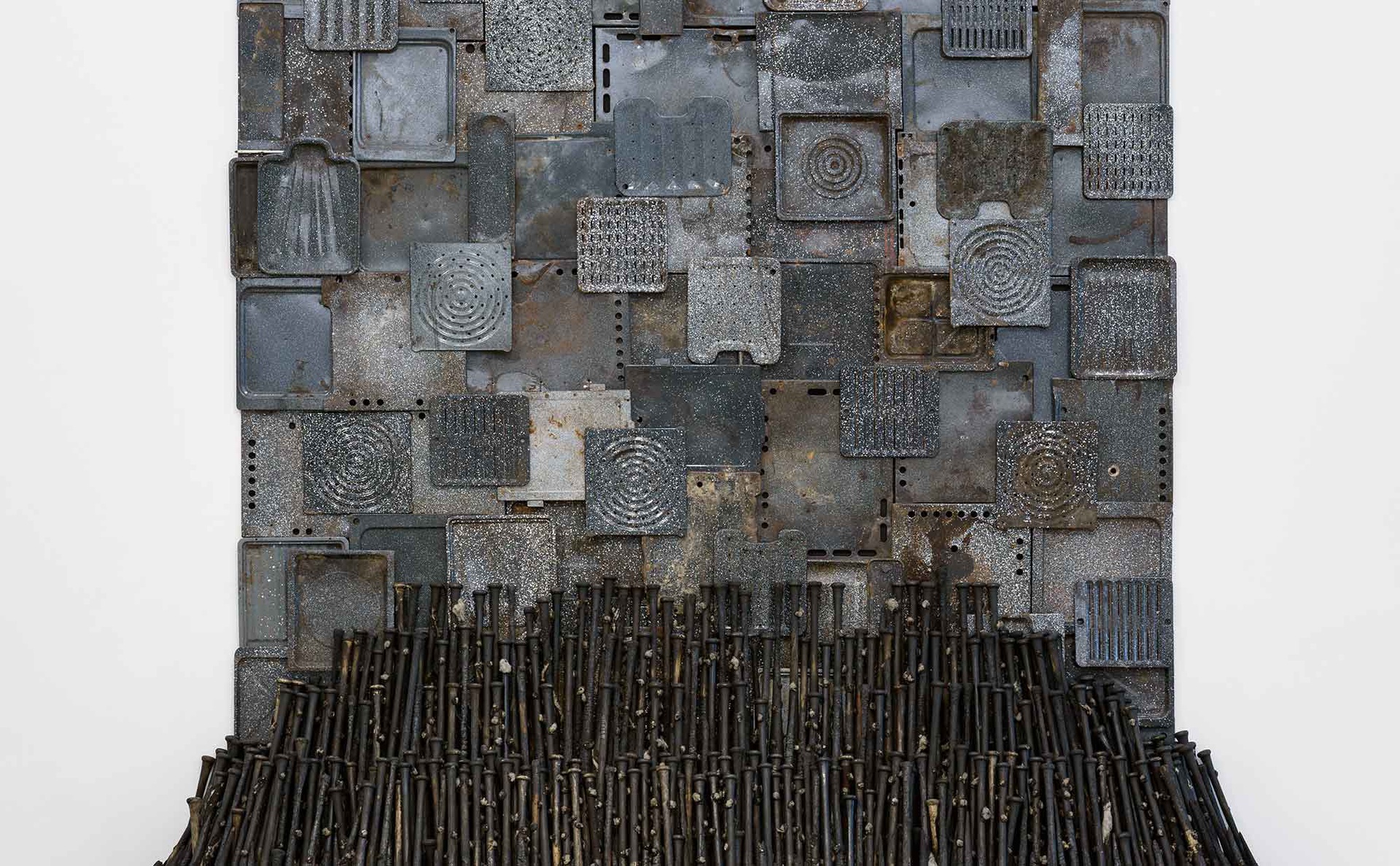 The Barnes Foundation presents Sun Splashed, a mid-career survey of the found-object assemblage art of Nari Ward, on view June 24 through August 22, 2016.

Sun Splashed is the most significant exhibition of Ward’s work to date, bringing together over 30 works from the 1990s to the present. The exhibition offers a close look at the artist’s ongoing investigations, both material and intellectual, that have guided his practice for more than 20 years. Traveling from Pérez Art Museum Miami (PAMM), where it was organized by Associate Curator Diana Nawi, the exhibition reveals the ambitious scale of Ward’s work and his continued experimentation with new materials.

Animated by flânerie—the idle, detached observation of street life that 19th-century writers associated with the rise of modern cities, that was an important strategy of the French Impressionists—and making reference to African tribal art, Ward's oeuvre resonates with the Barnes collection and speaks with penetrating insight and imagination to a broad range of subjects, including black history and culture, the dynamics of power and politics, and Caribbean diaspora identity.

“Presenting Sun Splashed at the Barnes Foundation opens up a fascinating dialogue between the ground-breaking work of Nari Ward and the Barnes collection,” said Thom Collins, Executive Director and President of the Barnes Foundation. “The Barnes is not only home to world-renowned Impressionist, Post-Impressionist and early Modern paintings, but also an incredible collection of African sculptures, masks and tools – 125 in total. With the content of the collection, the context it provides and Dr. Barnes’s history of supporting African American culture and the Harlem Renaissance, there are many interesting connections to explore through the contemporary lens of the show.”

Emerging alongside a notable group of artists who rose to prominence in New York in the 1990s, Ward has expanded contemporary definitions of installation and assemblage with his massive, tactile approach to art. His deft use of materials gathered in and around urban neighborhoods imbues his work with a visceral relationship to the real world, allowing him to challenge viewers’ perceptions of familiar objects and experiences. Ward’s innovative approach has earned him numerous prestigious awards, including the Rome Prize and a Guggenheim Fellowship.

"I'm delighted to share this exhibition with Philadelphia's many audiences and to see my work in conversation with the Barnes's spectacular collection," said Nari Ward.

The presentation of Nari Ward: Sun Splashed at the Barnes Foundation is sponsored by NBCUniversal.

The exhibition is made possible by the generosity of individual contributors to the Barnes Foundation Exhibition Fund. Additional support is provided by the Jill and Sheldon Bonovitz Exhibition Fund.

Organization of Nari Ward: Sun Splashed and its presentation at Pérez Art Museum Miami have been made possible by Citi and the Andy Warhol Foundation for the Visual Arts, with additional support from the Funding Arts Network. Valuable support for the exhibition catalogue was provided by Galleria Continua, San Gimignano, Beijing, Les Moulins, and Havana; and Lehmann Maupin, New York and Hong Kong. Additional in-kind support provided by Gander & White.