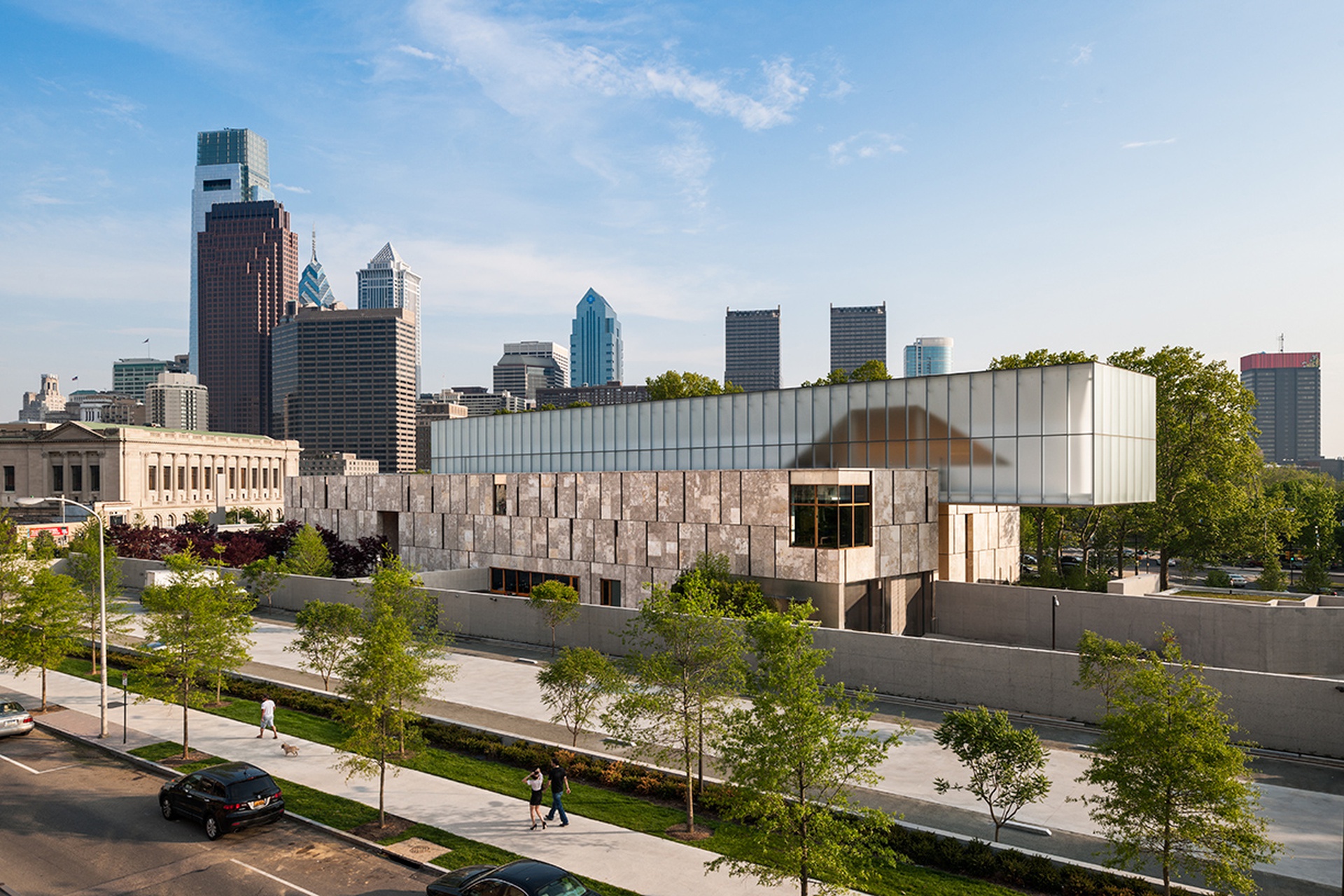 Image
Courtesy of the Barnes Foundation.

The Barnes Foundation celebrates its fifth anniversary in the heart of Philadelphia with a constellation of special events and programs this fall that reflect the Barnes’s commitment to community engagement. Since moving to the Benjamin Franklin Parkway in May 2012, the Barnes has welcomed more than 1.2 million visitors, sharing with the public an unparalleled art experience that fosters new ways of thinking about human creativity. Building upon the progressive vision of its founder, Dr. Albert C. Barnes, the Barnes has developed an expanding roster of programs and cultural partnerships designed to enrich the lives of audiences and provide a forum for exploring ideas of enduring relevance.

“When the Barnes Foundation was established in 1922, it was among the most progressive cultural and educational institutions in the world. Dr. Barnes’s dual commitment to accessible arts education and to diversity, inclusion and social justice informed every aspect of its service,” says Thom Collins, executive director and president of the Barnes Foundation. “As we approach our centennial in 2022, and with the extraordinary assets and increased accessibility that came with our move to downtown Philadelphia, we have committed to re-establish sectoral leadership by evolving novel strategies to meet these core commitments in the 21st century and beyond.”

A centerpiece of the fall season is the special exhibition Kiefer Rodin, which resonates with Dr. Barnes’s belief in artistic expression as an endless conversation between works of different times and places. A collaboration with the Musée Rodin in Paris, this exhibition gathers new works by contemporary artist Anselm Kiefer created in response to sculptures and drawings by Auguste Rodin. On view starting November 17, 2017, and marking the centennial of Rodin’s death, the exhibition features over 100 works, including several of Kiefer’s large-scale illustrated books made in homage to Rodin from materials such as plaster; large paintings; vitrines filled with assorted objects including molds, dried plants, stones, and pieces of fabric; as well as sculptures and drawings by Rodin, some displayed in the US for the first time. The comparison of Rodin’s work with Kiefer’s emphasizes Rodin’s modernity, his ongoing influence, and his proximity to contemporary practice. Kiefer Rodin is sponsored by Morgan Stanley. The contributing sponsor is Comcast NBCUniversal.

From October 1 through October 23, 2017, the Barnes will host a special celebration for its fifth anniversary on the Parkway, with events to include a Pre-K–12 educators’ night, a college and university faculty night, Barnes alumni and member events, musical performances, and the Barnes’s Fifth Anniversary Gala dinner on Thursday, October 12. A detailed schedule will be released in summer 2017. Highlights include:

· The Parkway Centennial Lecture: Architecture—Honoring a Legacy will feature architects Tod Williams and Billie Tsien, awarded the National Medal of the Arts, in conversation with Pulitzer Prize-winning architectural critic Inga Saffron. Williams, Tsien, and Saffron will discuss the role of architecture in honoring and preserving the legacy of an individual who has had a transformative impact on the world. The Barnes’s Philadelphia campus and the Barack Obama Presidential Center will be among the projects considered in this presentation. Monday, October 2, 6–8 pm. $25; members $20.

· The Debut of the Barnes Ensemble will showcase a groundbreaking contemporary music ensemble inspired by Dr. Barnes’s unconventional approach to the arts. The concert will feature the internationally recognized JACK Quartet in collaboration with the Barnes Ensemble, composed of 20 string fellows, performing an array of 21st-century music and weaving together cultures, instrumentations, and ensemble sizes to explore formal connections in sound. The program includes works by living composers, including the US premiere of Clara Iannotta’s dead wasps in the jam-jar (ii) and works by Barnes Ensemble invited composers Chaya Czernowin and Eric Wubbels. The Barnes Ensemble will also perform two new concerts in 2018—taking place in March and June. These performances are supported through the PNC Arts Alive initiative. Sunday, October 8, 7 pm. $30, members $20, students $10.

· Pre-K–12 Educator Night celebrates the Barnes’s impactful Pre-K–12 education programs. Museum educators and teachers from partner Philadelphia schools will be invited to attend a lecture by Dr. Eleanor Brown, professor of psychology at West Chester University, who will discuss her important new research into the physiological effects of art-making on children from economically disadvantaged backgrounds. Opening remarks from Dr. William Hite, superintendent of the School District of Philadelphia. Thursday, October 5, 6 pm. Free.

In 2016, the Foundation expanded its pioneering education program for adults with new course offerings, reduced fees, academic credit for selected classes, and need-based scholarships. The Barnes’s network in higher education has continued to grow to support scholarship in the field, including a recently announced academic partnership with Lincoln University’s Museum Studies program, dedicated to advancing diversity in cultural institutions throughout the US. Additionally, the Barnes’s K–12 education program, in partnership with the School District of Philadelphia, has engaged more than 10,000 students with the arts annually and has provided teachers with the resources to promote interdisciplinary and cross-cultural connections in the classroom.

Inaugurated in conjunction with the 2012 opening of the Philadelphia campus, designed by Tod Williams and Billie Tsien Architects | Partners, the Barnes Foundation’s exhibitions program has featured 11 thought-provoking presentations that reveal new perspectives for experiencing the permanent collection. Select past exhibitions include Person of the Crowd: The Contemporary Art of Flânerie (2017), a city-wide exhibition featuring works by more than 50 artists in the Roberts Gallery, in street interventions throughout Philadelphia, and on the web; Nari Ward: Sun Splashed (2016), a mid-career survey of the artist’s found-object assemblage art; Picasso: The Great War, Experimentation and Change (2016), which examined the artist’s stylistic development during the First World War; and Mark Dion, Judy Pfaff, Fred Wilson: The Order of Things (2015), for which the Barnes commissioned three large-scale artist installations in response to the unconventional way Dr. Barnes displayed his collection.

Upcoming initiatives include the forthcoming publication of a catalogue raisonné of the works by Paul Cézanne in the Barnes collection, and exhibitions including Mohamed Bourouissa: Urban Riders (June 30–October 2, 2017), Kiefer Rodin (November 17, 2017–March 12, 2018), Renoir: Father and Son/ Painting and Cinema (May 6– September 3, 2018), and Berthe Morisot, Woman Impressionist (October 20, 2018–January 14, 2019).

The Barnes Foundation’s fifth anniversary in Philadelphia coincides with the centennial of the city’s Benjamin Franklin Parkway. This major milestone will be celebrated by the Parkway Council Foundation—a coalition of cultural and educational institutions, among others—through a series of exhibitions, events, and community conversations from September 8, 2017 through November 16, 2018.