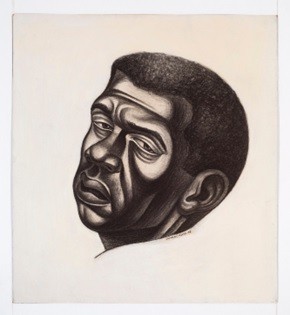 This July the Charleston Gaillard Center, a leader for performing arts in the southeast, is partnering with Mother Emanuel African Methodist Episcopal (AME) Church and the soon-to-open International African American Museum (IAAM), to mark the bicentenary of freedom fighter Denmark Vesey’s planned uprising to free the enslaved people of Charleston through three days of free and paid cultural performances and conversations. Taking place July 14-16, 2022, over the course of the “Denmark Vesey Bicentenary” the Gaillard Center will open its doors to the Charleston community to acknowledge America’s difficult history of race and slavery, and use arts and entertainment to bridge divides, build dialogues, and support healing in a city that historically saw some of the first enslaved men, women and children enter through its port, and only six years ago, witnessed the racially motivated murder of nine congregants at Mother Emanuel AMEC.

Consisting of discussion panels, musical and comedy performances, and installations, the three-day event will bring together prominent artists, scholars, educators, and the community to reflect on Denmark Vesey—a formerly enslaved man and respected, multilingual church leader and businessman—and redefine his place in American history. Attendees will participate in a vital journey of acknowledgement and exploration of the past, present, and future with conversations that reckon with the abominable truths and ongoing repercussions of slavery. The weekend will also include and center performances that aim to facilitate healing through the arts.

“The Charleston Gaillard Center is uniquely positioned to convene, elevate, and reflect the voices and issues that matter most to our community through the arts, and honoring Denmark Vesey—a significant historical figure in Charleston whose story is often misunderstood and underrecognized—and his legacy is an essential part of that work,” said Lissa Frenkel, recently appointed CEO of the Charleston Gaillard Center. “Our historic building stands just half a mile from where enslaved Africans first entered the United States, so in the spirit of healing and progress we want to recognize that history, grapple with it, and find a way to collectively frame it that will help the community and the country move forward. The Mother Emanuel African Methodist Episcopal Church and the International African American Museum have been vital partners in this process, amplifying the views and needs of the community as together we introduce this first-of-its-kind event that intends to educate, move, and inspire all who attend.”

The violence Vesey and his followers witnessed during their lifetime and endured after their capture has been echoed throughout subsequent American history: from the gross indignities of the Jim Crow South to modern-day American socioeconomic inequities to the continued racially motivated violence against the Black community, including the 2015 mass shooting at the Mother Emanuel AMEC.

"When I was growing up, the whispering about Denmark Vesey was deafening; it is time to speak and be heard," said Lee J. Bennett Jr., historian, Mother Emanuel African Methodist Episcopal Church.

“Authentic reckoning with the history of slavery in this country and with its aftermath and institutionalized echoes, is one of our nation’s greatest challenges—and the story of Denmark Vesey is a critical exemplar history must reckon with intentionally. No other community can take this on the way Charleston can,” reflected Dr. Tonya M. Matthews, International African American Museum President and CEO. “I am proud to have IAAM as part of this courageous and empathetic effort to bring thought-leaders and artists from across the country to join Charleston as we open conversation—and perhaps hearts and minds—to modern reflections on freedom and those who have paved the way forward to it.”

A discussion with leading American writers and thinkers about the truth around Denmark Vesey and his planned uprising, the impact and outcomes in the intervening 200 years, and a look at the present and future of those themes in the South today. Panelists include:

A ticketed concert headlined by GRAMMY® Award-winning multi-platinum singer, songwriter, producer, and actor Anthony Hamilton. Hamilton has sold over 19.6 million albums, counting both independent and collaborative efforts, along with his latest studio album Love Is The New Black.

A free outdoor concert of selected music that evokes the American promise of freedom and the pursuit of liberty, in juxtaposition to the experience of Denmark Vesey and other enslaved individuals, performed by the Charleston Symphony led by its Associate Conductor, Kellen Gray, and Lowcountry Voices led by Nathan Nelson. Curated by the Charleston Symphony and Lowcountry Voices, this program will honor the lives lost and the voices silenced through race-based violence in the United States, while also paying homage to the legacies of Black leaders throughout history.

Gaillard Center partner and resident orchestra, the Charleston Symphony is one of the leading arts organizations in the Southeast. The CSO strives to not only be recognized for both performance and presentation of the highest quality music, but also to engage and enrich people of all backgrounds and beliefs through culturally meaningful and relevant programming for the community.

Lowcountry Voices is a multicultural and ethnically diverse choral performing arts organization based in North Charleston, SC. It performs all genres of choral music with an emphasis on African American music performed in the South Carolina Lowcountry tradition.

A ticketed evening comedy event featuring DL Hughley. One of the most popular and highly recognized stand-up comedians on the road today, Hughley also made quite an impression in the television, film, and radio arenas. DL can currently be heard nationwide as host of his own afternoon radio show “The DL Hughley Show” which is nationally syndicated in over 60 cities across the country.

For more information about the weekend, the full lineup and schedule of events, please visit gaillardcenter.org/denmark-vesey.

Born either in Haiti or Africa in 1767, Denmark Vesey (vee-SEE) was sold to a slaver captain named Joseph Vesey in 1783, assuming the latter’s surname. He was a skilled carpenter and accompanied the captain on numerous voyages, eventually settling in Charleston. After seven years of bondage, in 1789 Denmark won the East Bay Street Lottery and was allowed to purchase his freedom, though his wife and children remained under the ownership of a different slave master.

As a free man Denmark remained determined to liberate the oppressed enslaved people of Charleston, and in 1822 organized what has been hailed by historians Douglas R. Egerton and Robert L. Paquette as “the most sophisticated collective [plan] against slavery in the U.S.” Vesey envisioned that after freeing hundreds of men, women and children, the liberated masses would all sail to Haiti to live as free citizens. However, his plans were leaked and ultimately foiled. One hundred and thirty-one Africans were arrested, with 92 put on trial and another 11 sent into permanent exile.

On July 2, 1822, Denmark was executed, though for fear that the community would make him a martyr to the cause of freedom, no one was allowed to witness his murder. To this day no one knows where Vesey was buried because the paperwork around his hanging and burial were destroyed. In total, 35 Black men were either hung or shot as a result of the never-to-be-realized revolution. In the end Vesey’s thwarted efforts were followed by an additional four decades of chattel slavery in the South, further dehumanizing Africans in Charleston, before the Civil War ended in 1865.

Today a monument of Vesey, erected in 2014, stands in Hampton Park, Charleston. It has been met with ongoing controversy as Vesey’s historical legacy remains misconstrued by the racialized lens of history with some still believing he was a criminal and a terrorist, while others recognize him for what he is, an extraordinary man and a Freedom Fighter whose actions were rooted in the spirit in which the United States was founded.

ABOUT THE CHARLESTON GAILLARD CENTER

A leader in the performing arts in the Southeast, The Charleston Gaillard Center commissions, supports, and presents ambitious, multidisciplinary cultural programming and provides access to the best local, national, and global artists and companies on its stage. Deeply rooted in the community, the Gaillard Center is committed to elevating local and regional voices and partnering with Charleston institutions to reflect the city’s diversity, both on stage and off. Through programming on its public campus and extensive arts education initiatives, the Gaillard Center serves as a platform to participate in community building and essential dialogue.

The Gaillard Center is located in the heart of an inspiration corridor of cultural institutions on the Charleston peninsula, across the street from Mother Emanuel AME Church and half a mile from the soon-to-open International African American Museum (IAAM). Established as a nonprofit in 2015, its campus includes the 1,818-seat Martha and John M. Rivers Performance Hall, a 16,000 square-foot Exhibition Hall and an adjacent park space that was recently activated for artistic presentations. Find more information and upcoming programming at gaillardcenter.org.

For more than two hundred years Emanuel African Methodist Episcopal (AME) Church has been, and forever will be, a light in the pathway of darkness. Often referred to as Mother Emanuel, it is the oldest AME church below the Mason-Dixon line. Originally founded in 1818, the current church structure was built in 1891 in the style of Gothic revival architecture and still contains several preserved original features, among them its pews, gas lighting, chandeliers, stained glass windows, and a pipe organ that dates to 1908. Mother Emanuel AMEC continues to provide leadership in the Charleston community and adds its prominent voice to various social justice and gun violence issues.

On Wednesday, June 17th, 2015, at the conclusion of Bible Study, while the group closed the session in prayer, a white supremacist murdered three members of the Church’s ministerial staff, the senior pastor, five beloved members, and left five survivors. The tragedy of June 17th, 2015, shook the foundations of Mother Emanuel AMEC to their very core. Acts of Christian love were met by forces of hate, racism, bigotry, and violence. A welcomed visitor ended the weekly Bible Study with actions that the church has never experienced in more than two centuries. To ensure that the memory of the Emanuel Nine, the Survivors, and the power of forgiveness is never forgotten, the Mother Emanuel Memorial Foundation has embarked on building a lasting memorial which is scheduled to be completed late in 2023. Mother Emanuel AMEC continues to celebrate centuries of faith, resilience, and love, holding weekly worship services, daily Bible Studies, and sharing the church’s history through scheduled tours. For more information, please visit motheremanuel.com.

ABOUT THE INTERNATIONAL AFRICAN AMERICAN MUSEUM

The International African American Museum (IAAM) explores the African American journey through the power of place by acknowledging the achievements of these individuals, exhibiting how their labor, resistance, and ingenuity has shaped every aspect of our world. Located in Charleston, SC, the museum sits at the historically sacred site of Gadsden’s Wharf, one of the country’s most prolific slave trading ports.

IAAM is a champion of authentic, empathetic storytelling of American history and is thus one of the nation’s newest platforms for the disruption of institutionalized racism as it evolves today. Set to open in late 2022, early 2023, IAAM is positioned to honor the untold experiences of the African American journey and beyond. For more information, please visit iaamuseum.org or call 843-872-5352.