Trust by Design: A Campaign for NYC’s Public Space Convenes Experts from Public and Private Sectors to Advance Conversations on Role of Shared Space in Creating a Healthy, Equitable, and Resilient City 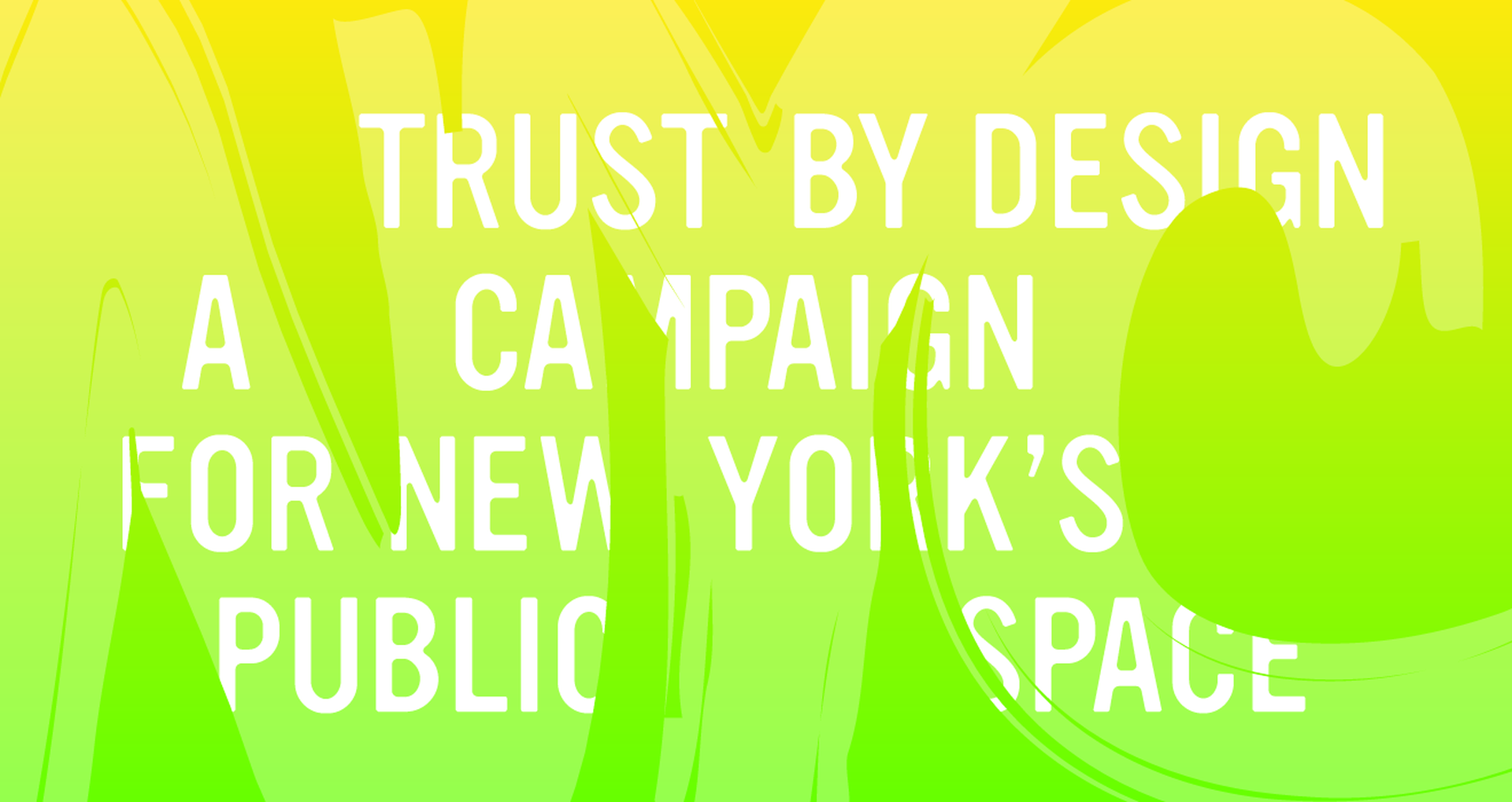 Trust by Design: A Campaign for NYC’s Public Space Convenes Experts from Public and Private Sectors to Advance Conversations on Role of Shared Space in Creating a Healthy, Equitable, and Resilient City

New York, NY – July 16, 2020 – The Design Trust for Public Space announces the launch of a new, two-month initiative dedicated to raising awareness of the role of public space in creating a healthy, equitable, and resilient city. Coinciding with the Design Trust’s 25th anniversary, Trust by Design: A Campaign for NYC’s Public Space spotlights the importance of public space in New York City, which is especially vulnerable as it adapts to the post-COVID environment, and envisions its future by advancing conversations across sectors. The campaign convenes a range of voices—among them New York City Council Speaker Corey Johnson, architect Deborah Berke, writer Adam Gopnik, as well as leaders of New York City agencies and trailblazers of the public space movement—through a range of online programs, virtual panel discussions, and exclusive meet-and-greets investigating the far-reaching impact of shared, civic spaces. Launching this July, Trust by Design builds on the organization’s mission to foster an appreciation for, and investment in, New York City’s public spaces and serves to amplify support for the Design Trust’s future projects and initiatives.

“Trust by Design sparks a dialogue on why public space is fundamental to building and sustaining communities that are safe, inclusive, and dynamic,” said Design Trust Executive Director Matthew Clarke, who joined the organization in May 2020. “Over the past 25 years, the Design Trust has built the public space movement into what it is today by unlocking the potential of New York City’s shared spaces and advancing new projects around the city. As the movement enters its next phase, we look forward to engaging a broad public, including those in the City and beyond, in the timely and relevant discourse on public space through this ambitious initiative.”

"New York City was due for a reimagining of how we use our public space before the pandemic hit, and now the issue is even more urgent,” said New York City Council Speaker Corey Johnson. “We need to improve our public space to make our city more livable and more equitable, and I thank the Design Trust for moving this important conversation forward. The City Council looks forward to engaging with the Trust by Design campaign as this critical work continues."

Trust by Design’s programs have been conceived to advance a number of key goals in support of public space, including generating awareness of public space as a driver of health and racial equity, building economic resilience through investment in civic assets, and securing equal access to public space for all city residents. Upcoming digital programs include:

In addition to these public offerings, the Design Trust is organizing exclusive opportunities for its Council Members and supporters to join a series of more intimate conversations and virtual meet-and-greets with thought leaders in the field and New York City policymakers including NYC Council Speaker Corey Johnson. The Design Trust is also presenting a special conversation with Deborah Berke, renowned architect and Dean of the Yale School of Architecture, for members of the Design Trust Council, a leadership circle of civic-minded professionals who support the Design Trust’s mission.

About the Design Trust for Public Space

With projects throughout the five boroughs, including critical foundational work for the conversion of the High Line, founding of the Community Design School in Queens, partnering with the Taxi & Limousine Commission in designing the Taxi of Tomorrow, launching Under the Elevated and El-Space to reclaim and transform aging elevated transportation infrastructure and the spaces associated with it, and creating the Design Manual for 21st Century Parks, Design Trust’s work presents a methodology and replicable models for urban issues around public space that inspire other cities.

For more information about the Design Trust for Public Space, visit designtrust.org.