The Head & The Load by William Kentridge with music created and conceived by Philip Miller, Makes North American Debut at Park Avenue Armory This December

Melding Music, Movement, and Shadow Play, New Armory Commission is Multi-Layered Testament to the Millions of Africans Who Served in WWI 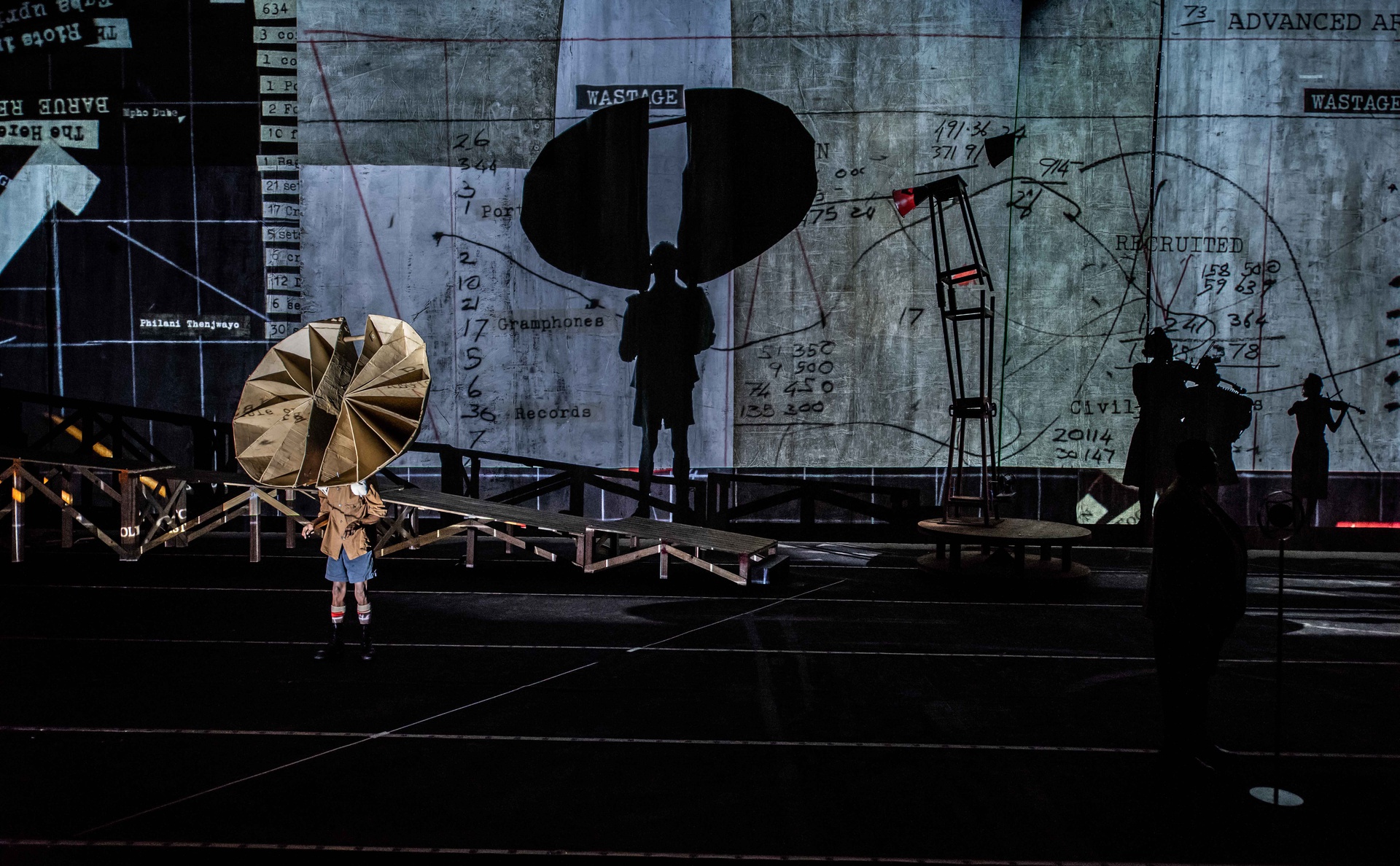 Image
William Kentridge’s The Head and the Load. Photo by Stella Olivier.

Melding Music, Movement, and Shadow Play, New Armory Commission is Multi-Layered Testament to the Millions of Africans Who Served in WWI

Combining the political with the poetic, William Kentridge will animate Park Avenue Armory’s Wade Thompson Drill Hall with a grand, multidisciplinary work commemorating the millions of Africans who served in World War I. Co-commissioned by Park Avenue Armory, 14-18 NOW Centenary Commissions, MASS MoCA, and the Ruhrtriennale, with additional support from the Holland Festival, The Head & The Load combines music and movement, sculpture and shadow play to critically examine colonialism and how somber remnants of history continue to color our experiences today. Performed from December 4 to December 15, 2018, The Head & The Load features music by Kentridge’s long-time collaborator Philip Miller and co-composer Thuthuka Sibisi and choreography by Gregory Maqoma, performed by an international ensemble cast of singers, dancers, and performers, including the Brooklyn-based orchestra collective The Knights. Kentridge weaves these elements together to conjure a “historical drawing in performance” of immensive proportion and imagination.

“Through The Head & The Load, Kentridge has created a multimedia collage of images and ideas that addresses head on the fragmented realities and ommitted records of world history, in particular those from the first world war,” said Rebecca Robertson, President and Executive Director of Park Avenue Armory. “Mounted at an unprecedented scale in our Drill Hall, Kentridge’s lyrical and poignant creation sheds light on the invisible heroism of others, the hidden scale of human disaster, and the incomprehensible courage of those who fought for freedoms we take for granted today.”

As a South-African native, Kentridge’s complex relationship to the aftermath of apartheid and colonialism is deeply embedded in his psychology and work. Kentridge’s newest work, the title of which is taken from the Ghanaian proverb, “the head and the load are the troubles of the neck,” tells the overlooked story of the nearly two million African porters and carriers used by the British, French, and Germans who bore the brunt of the casualties during the First World War in Africa. Conceived by Kentridge and his visionary team of designers, actors, vocalists, musicians, dancers, and performers, this processional musical journey synthesizes elements of Kentridges practice and weaves together a range of influences, including Dadaism, to pay homage to those who died for a cause that was not their own. Carrying through the idea of history as collage, the libretto is largely constructed from texts, phrases, and dialects from a range of writers and sources, cut up, interwoven, and expanded: Frantz Fanon translated into siSwati; Tristan Tzara in isiZulu; Wilfred Owen in French and dog-barking; the conference of Berlin, which divided up Africa, rendered as sections from Kurt Schwitters’s Ursonate; phrases from a handbook of military drills; Setswana proverbs from Sol Plaatje’s 1920 collection; and lines from Aimé Césaire.

Similarly, the original music includes transformed traditional African songs as well as quotations from European composers from the time of the war like Maurice Ravel, Erik Satie, Paul Hindemith and Arnold Schoenberg. Again using collage as a tool, the sonic world of The Head & The Load moves from a cabaret song by Schoenberg intercut with percussive slaps on hymn books, to a Viennese waltz by Fritz Kreisler. Amidst this tension and instability, Africa talks back to Europe through rhythmic war songs and chants, deliberately resisting the raucous musical soundscapes of the European avant-garde.

“Kentridge is a versatile artist whose creative impulses, political and social responsibilities, and commitment to human life manifests through his multi-faceted practice,” said Pierre Audi, Artistic Director of Park Avenue Armory. “His preoccupations and process help others explore their own relationship to the world. The Head & The Load speaks to the specifics of war, colonialism, and totalitarianism, and through a raw and haunting performance exposes the sacrifice of soldiers and the aspirations and failures of revolutionary politics, leaving us with a heavier history demanding revision today. We could not be more thrilled to have this multi-dimensional commission round out our 2018 season.”

The Head & The Load by William Kentridge with music created and conceived by Philip Miller, Makes North American Debut at Park Avenue Armory This December