The Israel Museum, Jerusalem, Presents Victory over the Sun: Russian Avant-Garde and Beyond Exhibition Examines Six Decades of Russian Art

Opening December 27, Victory over the Sun charts the evolution of Russian avant-garde and nonconformist art over the course of the 20th century, from the eve of the Bolshevik Revolution to the collapse of the Soviet Union, demonstrating the link between artistic styles and the nation’s tumultuous history. Showcasing important loans from renowned institutions including the Hermitage, St. Petersburg, and Centre Pompidou, Paris, this in-depth exhibition presents leading figures of movements that ebbed and flowed with Russia’s social and political upheaval. 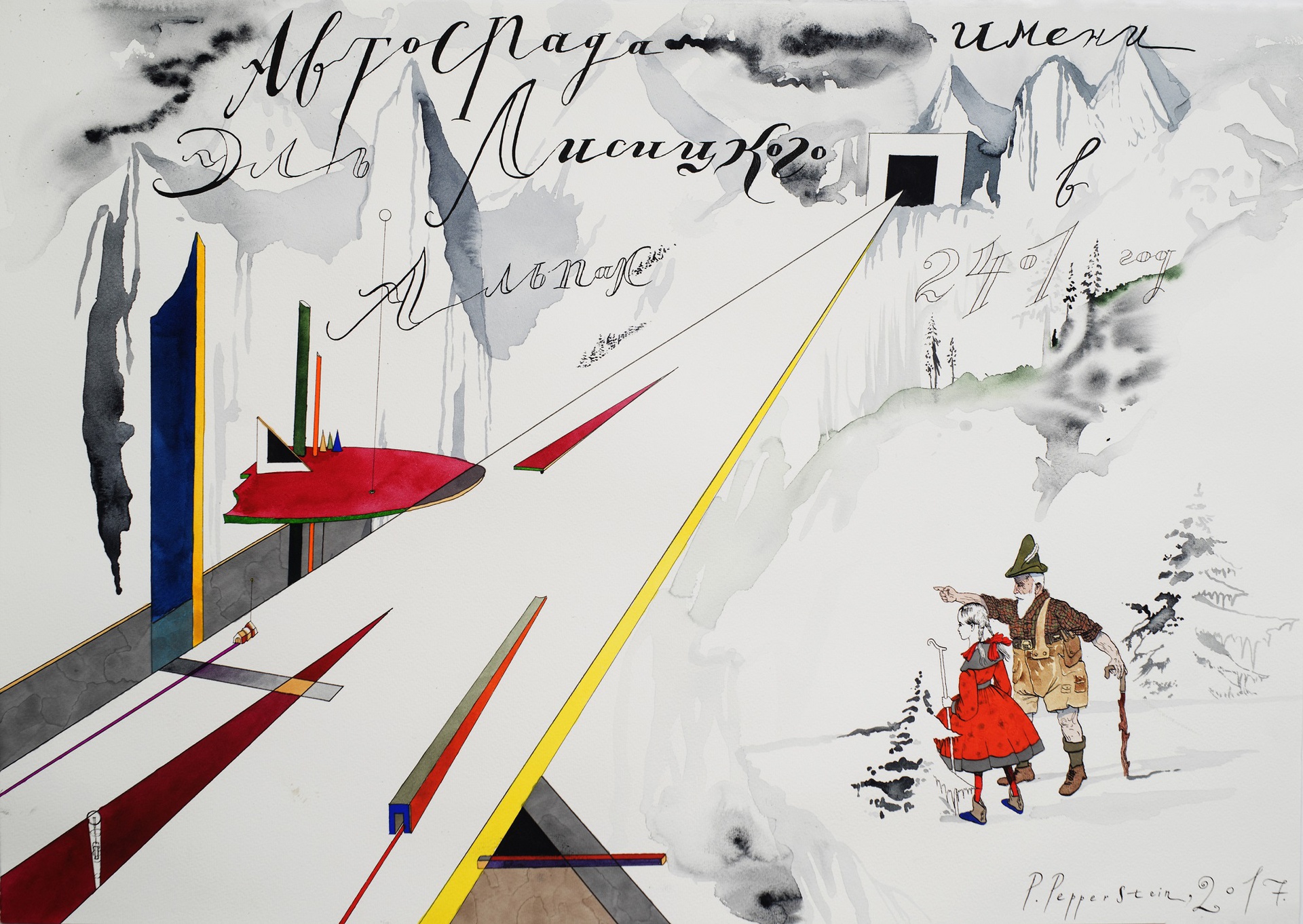 Opening December 27, Victory over the Sun charts the evolution of Russian avant-garde and nonconformist art over the course of the 20th century, from the eve of the Bolshevik Revolution to the collapse of the Soviet Union, demonstrating the link between artistic styles and the nation’s tumultuous history. Showcasing important loans from renowned institutions including the Hermitage, St. Petersburg, and Centre Pompidou, Paris, this in-depth exhibition presents leading figures of movements that ebbed and flowed with Russia’s social and political upheaval.

“Victory over the Sun brings together some of the finest examples of the Russian avant-garde movements, highlighting the indelible connection between art and politics that existed during the rise and fall of the Soviet Union,” remarked Ido Bruno, Anne and Jerome Fisher Director of the Israel Museum. “This exhibition presents a holistic approach to exploring the artistic practices that shaped and were shaped by this unique period in time.”

The exhibition opens with works by pioneering avant-garde artist Kazimir Malevich. Even prior to 1917, Malevich began using abstract geometric forms to embody reality, a system he termed Suprematism. On display will be paintings by Malevich, as well as his early designs for the Futurist opera Victory over the Sun. These include a sketch introducing the Black Square, which became the most radical and influential symbol of the avant-garde’s nonobjective approach. Malevich believed that art had to play a leading role in the transforming nation, with Suprematism’s geometric abstraction serving as the ultimate expression of revolutionary ideas and creative radicalism. Also on view will be key works by the movement’s disciples, including El Lissitzky, who promoted Suprematism internationally in the early 1920s.

While Suprematism was the dominant artistic movement during these early years of the Soviet state, by the late 1920s a system of government control and censorship had been put in place, and this early avant-garde movement was no longer acceptable to the regime. Replacing it was Social Realism, which remained the sole official art form from the 1930s until the collapse of the Soviet Union. However, not long after Stalin’s death in 1953 there was a brief period known as the “Thaw.” During this time Nikita Krushchev relaxed the policies of repression, and artists were able to create stylistically diverse works, many influenced by new Western trends.

Unfortunately, this freedom was short-lived and in 1962 the government reasserted its ideological control of visual culture, depriving numerous artists of any possibility of exhibiting or publishing their work. Out of this censorship rose a group of “unofficial” artists who practiced in secret, often exhibiting in their own homes. This Nonconformist Art forms the center of the exhibition. On display will be pieces by underground artists including Erik Bulatov, Michail Grobman, Ilya Kabakov, Vitaly Komar, Alexander Melamid, and Vladimir Yankilevsky, all of whom created art unofficially from the 1960s up to the 1980s.

The Soviet public sphere was filled with portraits of Party leaders, ideological slogans, and propaganda posters. These ubiquitous images of the regime became the primary target for nonconformists, whose creativity was in direct contrast to the state’s official art. The need to show their art in the limited spaces of a discreet private context gave birth to new genres and techniques, introduced unusual materials, and engendered alternative ways of presenting and experiencing art.

Vladimir Yankilevsky’s installation Door (Dedicated to the Parents of my Parents…) embodies this reaction to Soviet oppression through nonconventional practice. Yankilevsky uses an actual door, including the bells to different rooms, from a communal Moscow apartment. When opened, the door reveals a three-dimensional figure of a man facing yet another door. A final inner door appears to be pierced, revealing a colorful horizon framed by the man’s silhouette. As in many of Yankilevsky’s works, the door serves as a metaphor for eternal problems of human existence. It symbolizes the passage between the actual, limited social space of a real communal apartment and the imaginary endless space of artistic inner freedom.

Further exemplifying the exploration of freedom and limits are paintings by Erik Bulatov, a leading nonconformist artist associated with Moscow Conceptualism. In his painting Red Horizon, the romantic view of the sea is obstructed by a red-and-gold striped band resembling a military ribbon, its flatness countering the natural landscape. For those on the beach, the red stripe represents an impenetrable barrier on the way to freedom.

Also included in this portion of the exhibition are examples of what came to be known as Sots Art, a hybridization of the American term Pop Art and the contracted name for the official Soviet style, Sotsrealism. While American Pop Art played with symbols of mass consumer culture, Sots Art parodied the symbols and stock phrases of Soviet ideology. It incorporated Soviet iconography and recognizable official images (red flags, hammers and sickles) and propaganda tools (banners, posters, slogans) into anti-ideological absurd contexts. Unlike the serious tone of Yankilevsky’s and Bulatov’s work, the Sots Artists employed self-deprecation, irony, and paradox.

Victory over the Sun closes with a selection of works by artists created since the late 1980s following the collapse of the USSR, including Andrei Filippov, Pavel Pepperstein, and Vadim Zakharov. Their works embody the sense of freedom that swept over the nation and created a new liberated space in which artists could acknowledge and draw from the political and artistic legacies of the past for the first time in generations.

The exhibition is accompanied by a comprehensive scholarly catalogue in English and Hebrew.

The Israel Museum, Jerusalem, Presents Victory over the Sun: Russian Avant-Garde and Beyond Exhibition Examines Six Decades of Russian Art