The Story Box: Franz Boas, George Hunt, and the Making of Anthropology 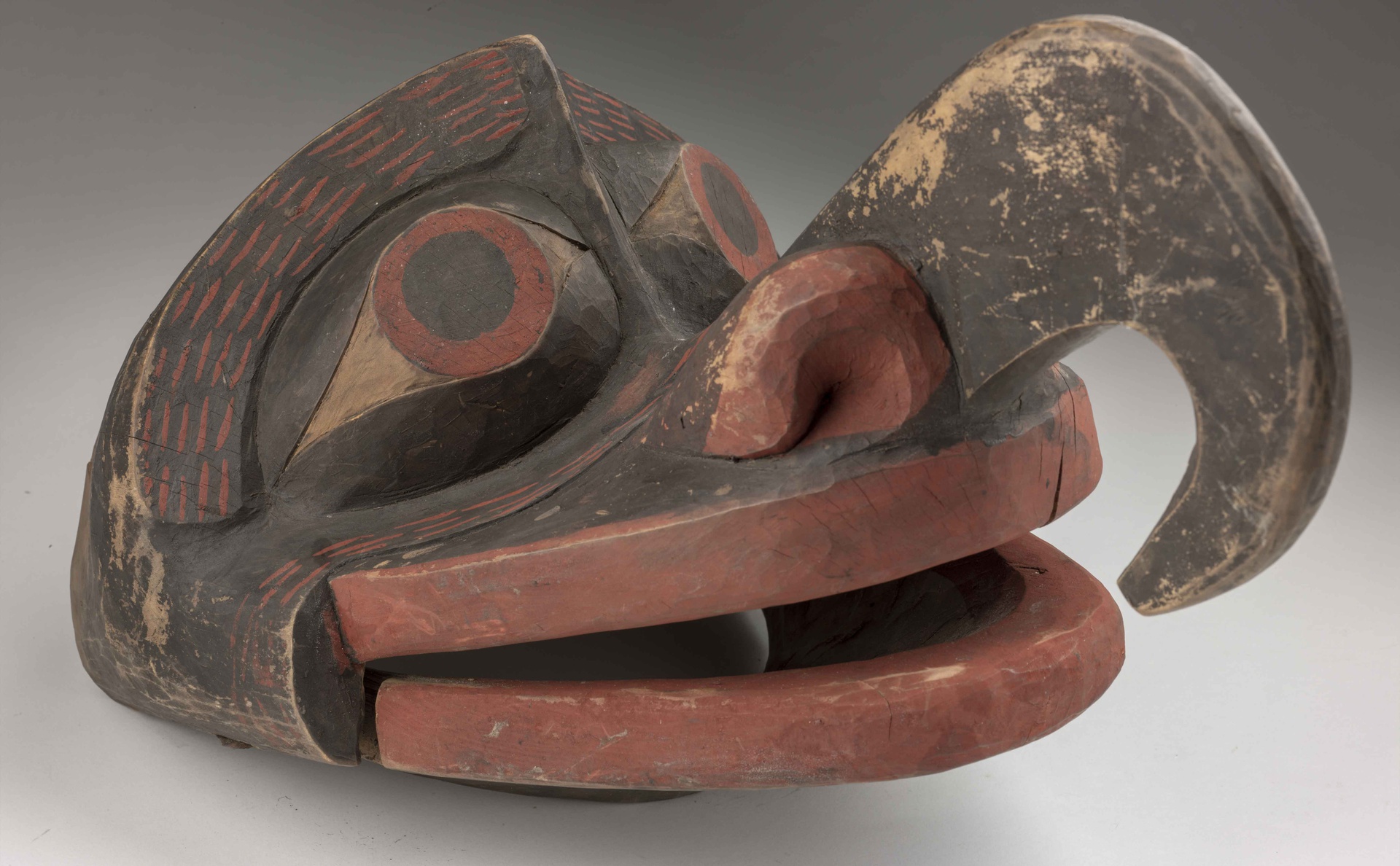 The Story Box: Franz Boas, George Hunt, and the Making of Anthropology, a Bard Graduate Center Focus Project on view from February 14 through July 7, 2019, explores the hidden histories and complex legacies of one of the most influential books in the field of anthropology The Social Organization and the Secret Societies of the Kwakiutl Indians (1897). Organized by Bard Graduate Center Gallery in partnership with U’mista Cultural Centre, a Kwakwaka’wakw museum in Alert Bay, British Columbia, the exhibition is curated by Aaron Glass, associate professor at Bard Graduate Center, and features designs by artist Corrine Hunt, a great-granddaughter of George Hunt. It will be on view at U’mista from July through October 2019.

A culmination of anthropologist Franz Boas’s (1858–1942) first decade of fieldwork among the Kwakwaka’wakw of British Columbia, The Social Organization was one of the first holistic portraits of a Native North American society. It was also the result of a deep collaboration with his Indigenous research partner, George Hunt, who was credited on the title page. Commissioned by the United States National Museum as a catalogue of its own collection, Boas and Hunt expanded the text to include hundreds of ceremonial objects from multiple museums; narratives recorded in the Kwak’wala language; eye-witness accounts of rituals; musical notation for songs; and photographs of villages, potlatch orators, and masked dancers. The book had immediate and long-lasting influence on the development of anthropological theory and method, on global museum practice, and on the modern concept of “culture” itself.

Yet Boas and Hunt were dissatisfied with the volume. A product of Boas’s earliest research on the North Pacific Coast, the book imposed a typological approach that removed masks, songs, and dances from their social and ceremonial structures even as Boas argued, in principle, for the importance of such cultural context in anthropological description. Although Boas recognized the dynamism of Indigenous cultures, the book conceals the three most important historical conditions of its own production: Canada’s colonial assimilation policy, which banned the potlatch and its dances from 1884 to 1951; the 1893 World’s Columbian Exposition, where Boas and Hunt conducted much of their original fieldwork; and Hunt’s status as a full co-author. Starting in the early 1920s, Hunt took it upon himself to correct and expand the book, in part by reconnecting hereditary treasures to the families they belong to. However, hundreds of pages of his emendations remained unpublished and were consigned to the archive after Boas’s death.

The Story Box: Franz Boas, George Hunt, and the Making of Anthropology recounts the history of the 1897 book through the lens of Boas and Hunt’s collaboration. The exhibition opens with an introduction to the two men, Kwakwaka’wakw culture, and Boas’s influential approach to anthropology. This section features a chronological overview of the book’s history presented through Boas and Hunt’s original fieldnotes and correspondence as well as rare archival drawings and manuscripts. Throughout the exhibition are a number of nineteenth-century objects of ceremonial regalia that were pictured in the book, each accompanied by Hunt’s later notes. The first gallery includes an emblazoned chief’s Copper and dancing masks— one of them a very early Kwakwaka’wakw mask from the British Museum—derived from carved lions on European sailing ships.

The core of the exhibition presents three key sites and episodes in the making of the 1897 book: the 1893 Chicago World’s Fair; Boas and Hunt’s fieldwork in Fort Rupert, British Columbia, in 1894; and the preparation of the manuscript between 1895-96 while Boas worked for East Coast museums. Each section features dance regalia used or acquired in these sites, along with photography, facsimile manuscripts, sound recordings, and digital media displays. This gallery closes with a look at the book’s immediate effects in museums, which replicated its illustrations and acquired some of the actual objects pictured in them—including a spectacular painted chief’s seat from the American Museum of Natural History.

The Story Box contributes to a larger, international project to re-assemble the widely distributed ethnographic materials that both comprised and stemmed from the original book, and which will result in a new critical edition in print and digital media (a prototype for which is featured in the exhibition). Drawing on a familiar Kwakwaka’wakw metaphor, Boas imagined his book as a storage box for the “laws and stories,” preserving them for posterity in case the culture vanished under colonial onslaught. But the people and their culture survived. After a century of resilience, the Kwakwaka’wakw are reactivating texts, museum collections, and archival records to help safeguard their future.

The final gallery highlights three aspects of the book’s legacy: its role in facilitating commercial reproductions of illustrated objects in the early twentieth century; the use of the book, along with Hunt’s later notes, by current Kwakwaka’wakw to revitalize longdormant forms of art and ceremony; and the repatriation of early collections to the Kwakwaka’wakw. The centerpiece of this gallery is a new version of a dramatic transformation mask, carved in 2018 by Corrine Hunt and her relatives, based on one collected in 1882 and previously owned by George Hunt’s first wife. The exhibition closes with materials related to the larger Boas 1897 Critical Edition project, including an interactive prototype for the digital edition and a short film featuring numerous Hunt descendants talking about the value of his work with Boas.

The Story Box: Franz Boas, George Hunt, and the Making of Anthropology