The Wallace Foundation today released the third installment in its Building Audiences for Sustainability (BAS) Storiesseries that looks at preliminary efforts of performing arts organizations to attract and retain new audiences in ways that also contribute to their financial health. 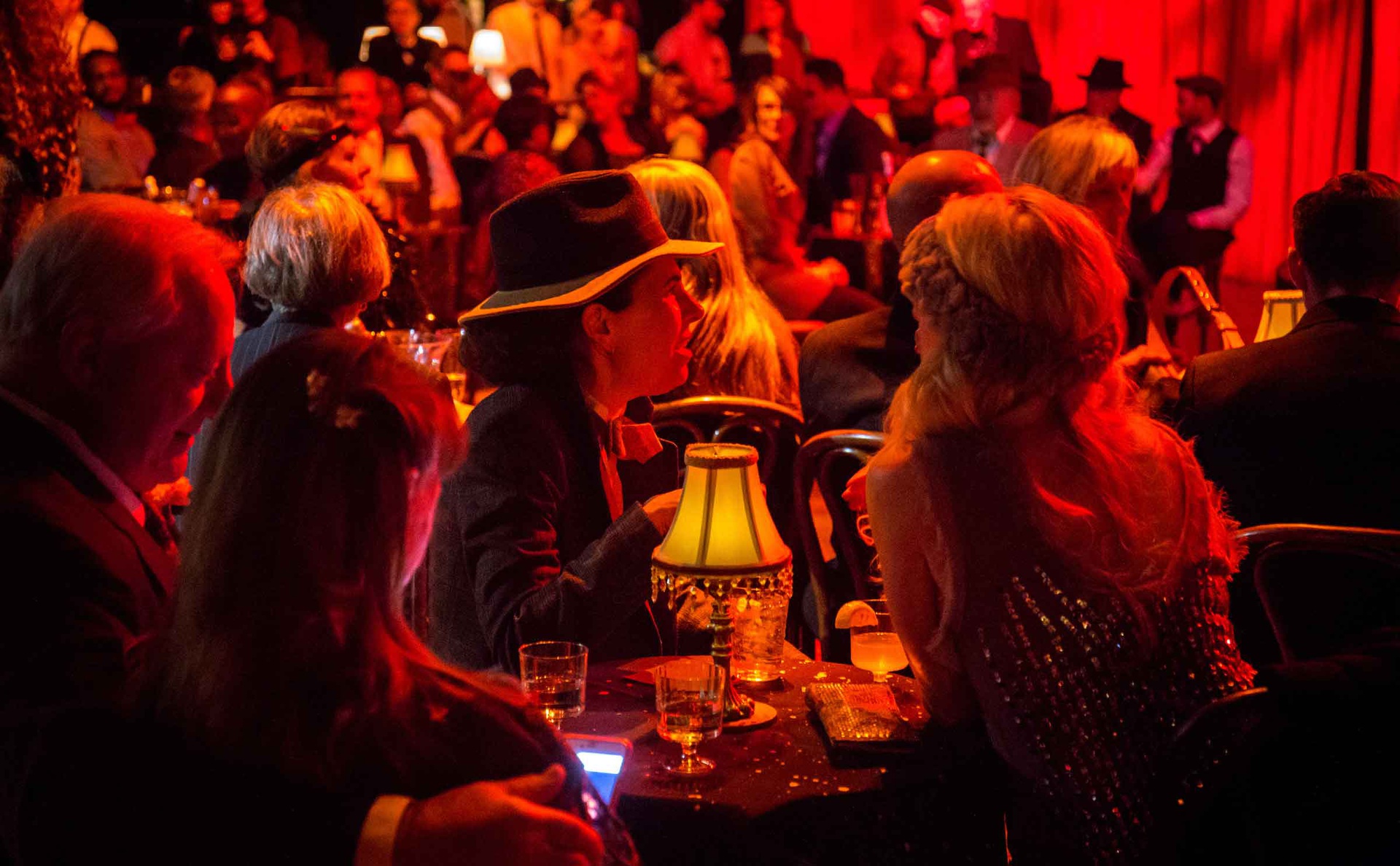 The Wallace Foundation today released the third installment inits Building Audiences for Sustainability (BAS) Storiesseries that looks at preliminary efforts of performing arts organizations to attract and retain new audiences in ways that also contribute to their financial health.

The written and video accounts of the Denver Center Theatre Company, a division of the Denver Center for the Performing Arts (DCPA), traces the trials, errors, analysis, and improvement in attracting millennials through experiential or “immersive” theater. The story, titled Denver Center for the Performing Arts Is Cracking the Millennial Code...One Step at a Time, is written by Sarosh Syed and produced by Stephanie Carter of WNET, and is available at wallacefoundation.org/denvercenter.

The story demonstrates how the DCPA Theatre Company has used market research to attract younger attendees, better reflecting the demographic breakdown of the Denver region. The average age of a single ticket buyer for the DCPA is 50; for a subscriber it is 63, while millennials, defined as ages 21–37 in 2018, account for 24% of the population in Denver.

Denver Center hypothesized that experiential theater—productions that allow performers and audiences to interact with one another in an immersive environment—would appeal to younger audiences. So as part of Off-Center, an offshoot of the company devoted to programming aimed at adventurous and millennial audiences, they began to experiment with small, interactive performances in non-traditional spaces. Some of Off-Center’s major immersive productions include: Sweet & Lucky (May–August 2016), Travelers of the Lost Dimension (May 2017) and The Wild Party (October 2017).

“Off-Center was created as a theatrical test kitchen, so experimenting and investigating new ideas is in our DNA,” said Charlie Miller, Associate Artistic Director of DCPA Theatre Company and Curator of Off-Center. “Our ability to learn from each new production through market research, sales data, and audience feedback has been critical in helping us make strategic decisions for continuous improvement.”

“What we learned from Sweet & Lucky, our first large-scale immersive production, carried over to Travelers of the Lost Dimension, which in turn informed our decisions for The Wild Party. This information is proving invaluable as we determine not only what type of experiences excite millennial audiences but also how to make this programming sustainable in the long run.

After each production, Denver Center staff analyzed ticket sales and conducted focus groups and audience surveys, tracking average age and the “net promoter score,” a measure of audiences’ eagerness to recommend the show to others. Sweet & Lucky, one of the earliest experiential productions, took audiences on a journey through a transformed 16,000-foot warehouse, allowing audience members to interact with actors as they moved through the multi-room space, where no two experiences of the show would be alike. After the show, audiences mingled in a bar built by Denver Center. Every performance sold out, and 35% of the audience was under 34 years old, exceeding the average 16% of under 34-year-olds that Denver Center shows drew in 2016. However, the elaborate production required a year and a half of preparation, pushing Off-Center’s artistic and logistical limits farther than any of its shows had before, and ticket revenues covered less than half of the production costs.

For the next production, Travelers of the Lost Dimension, they attempted a similar experience with a lower budget—in a facility that required no new construction and no elaborate props or decorations. Audiences, however, did not react well to the play’s looser narrative. The net promoter score, on a scale of -100 to 100, was -23, compared to 85 for Sweet & Lucky. Audience surveys pointed to a desire for a deeper experience. Off-Center applied the lessons for Sweet & Lucky and Travelers in its next production. They chose The Wild Party, a pre-existing play with a clear narrative, and used a stationary location with a capacity for a larger audience. This allowed them to reduce production costs and increase potential ticket revenues, while maintaining the immersive experiences that younger audiences prefer.

Off-Center continues to experiment with experiential performances, building on insights from market research to conceive and implement each new production. They consider this process of learning and adjusting essential as they continue to balance creativity and audience excitement with financial sustainability, helping Denver Center reach its goals of building a younger audience.

By capturing insights, the BAS Stories series aims to reveal the underlying learning processes, including the critical use of market research, that help arts organizations be more effective in building audiences, and in ways that can be sustained. The written story can be read, and the video viewed, on the Wallace website. In addition, discussion guides produced by national arts service organizations are offered to aid organizations and arts professionals in thinking through similar strategies for their own audience-building efforts:

Ballet Austin, DCPA Theatre Company, and Seattle Symphony are three of the 25 performing arts organizations participating in Building Audiences for Sustainability (BAS), the foundation’s six-year, $52-million initiative aimed at developing practical insights into how arts organizations can successfully expand audiences. Independent researchers commissioned by the foundation are documenting and analyzing the work across the cohort to provide lessons, ideas, and information for the entire field; published reports will be publicly available starting in late 2018.

For more information on Building Audiences for Sustainability or on other Wallace arts initiatives, please visit: www.wallacefoundation.org.