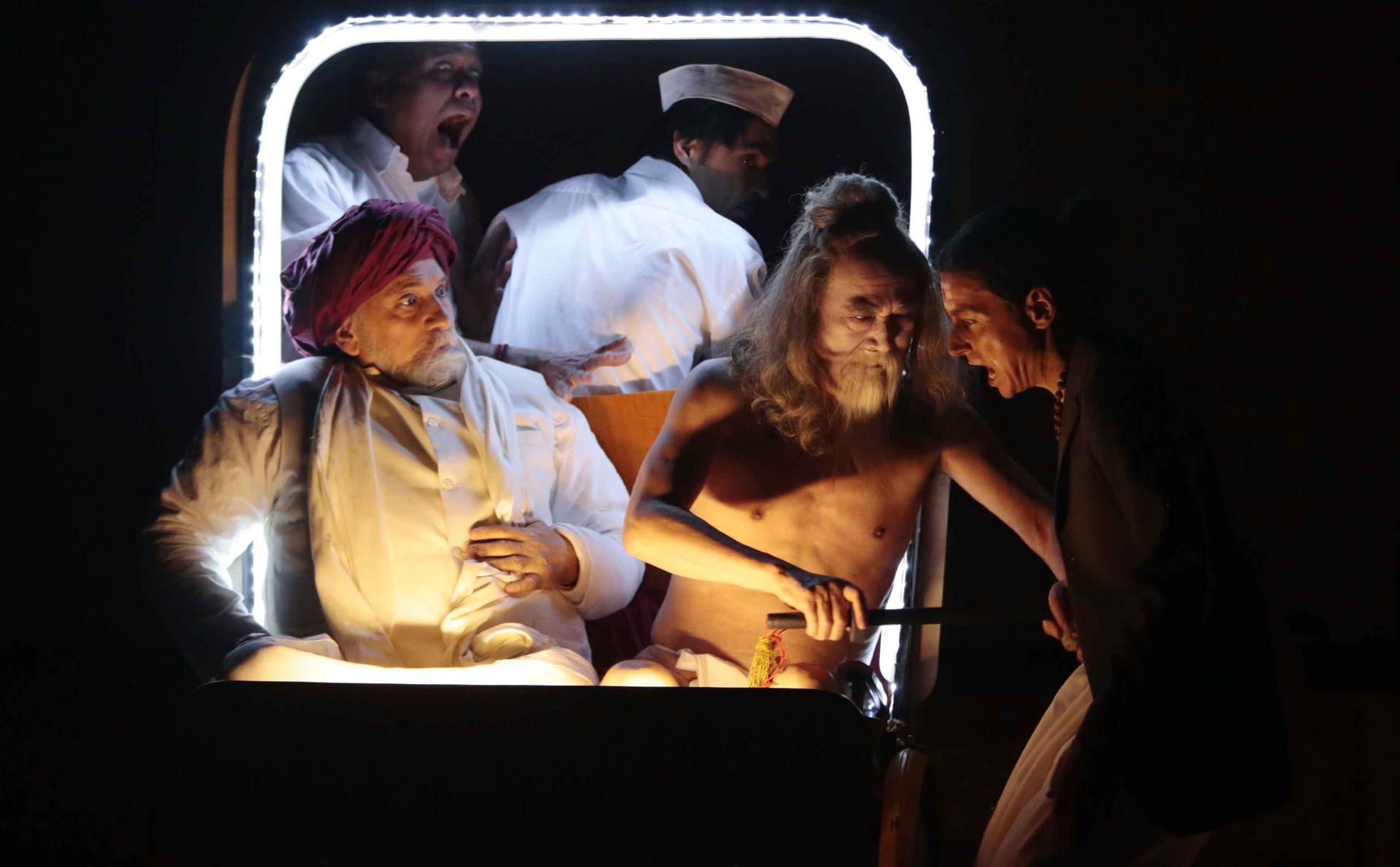 Image
A Room in India by Théâtre du Soleil. Photo by Michele Laurent.

This December, Théâtre du Soleil and its founder, theater icon Ariane Mnouchkine, come to Park Avenue Armory with the North American Premiere of their new work A Room in India (Une chambre en Inde). The work follows the adventures of a touring French theater company stranded in India without a director while the world around them falls into disarray. Performed by 35 multinational actors of Théâtre du Soleil’s company, the work touches on the meaning of theater in a time of tumult and explores pressing issues that societies are currently facing around the globe, ranging from terrorism, and religious extremism, to climate change, and gender equity. The production intersperses dream sequences with special performances of Terukkuttu—a traditional form of theater practiced in South India.

“We are delighted to welcome Théâtre du Soleil and Ariane Mnouchkine back to Park Avenue Armory in this new, dynamic work that is both a beautiful expression of theatrical styles from across the globe and a poignant exploration of how to comprehend the chaos in our world today,” said Rebecca Robertson, Executive Producer and President of Park Avenue Armory.

“Ariane and Théâtre du Soleil have been visionary icons of exploratory European theater for over 50 years,” said Pierre Audi, Artistic Director of Park Avenue Armory. “A Room in India is a personal meditation on the enduring power and relevance of theater set against the backdrop of our contemporary troubled world. Exemplary of their work, this epic production travels through many fascinating worlds with references from Shakespeare, Terukkuttu, Charlie Chaplin, and everything in between. Mnouchkine and her extraordinary company of actors from multiple nationalities explore some of the most universally human and thought-provoking questions of our time.”

In A Room in India, the director of a Parisian theater company on tour in India quits, feeling helpless and weak after a terror attack leaves them unable to travel home. His assistant, now alone to lead the company, must create a new commissioned work that is set to premiere within days. In her anxiety-ridden state, the new director has a series of dreams that attempt to make sense of the role of theater and art in the current world and her own fear of terrorism—including visits from Shakespeare, Chekhov, an Indian theater troupe, Ghandi, and members of the Taliban. Elements of Western and Eastern drama appear in her troubled dreams to make sense of modern life, including a Terukkuttu ensemble performing an ancient form of theater that originated in South India using elaborate costumes, props, and instruments. The end result is a manifesto of the power of theater to heal a community, as well as an exploration of how to talk about the chaos of a world that has become incomprehensible. The Théâtre du Soleil started work on A Room in India during a residency in Pondicherry, India, in 2016, shortly after the terrorist attacks of November 2015 in Paris.

As done at the Cartoucherie, the company’s Parisian home, Théâtre du Soleil will welcome audiences to the production with pre-show activities in the Armory’s Drill Hall and historic rooms. One hour prior to the performance, the audience is invited to partake in food; observe actors preparing for the performance with vocal warm-ups, costumes, and makeup; and visit a Théâtre du Soleil book store that provides history about the troupe and information about A Room in India.

As part of the Armory’s Artist Talk Series, the production on Friday, December 8 will be preceded by a separately ticketed conversation between Ariane Mnouchkine, Pulitzer prize-winning playwright Tony Kushner, and The New Yorker editor, David Remnick. The conversation series seeks to encourage active discussion on a range of themes and complex issues, and this talk will address the creative process behind the development of A Room in India.

A Room in India marks Théâtre du Soleil and Ariane Mnouchkine’s second engagement at Park Avenue Armory. In 2009, the company performed the United States premiere of their two-part work exploring the end of the world, Les Éphémères, as part of the Lincoln Center Festival.