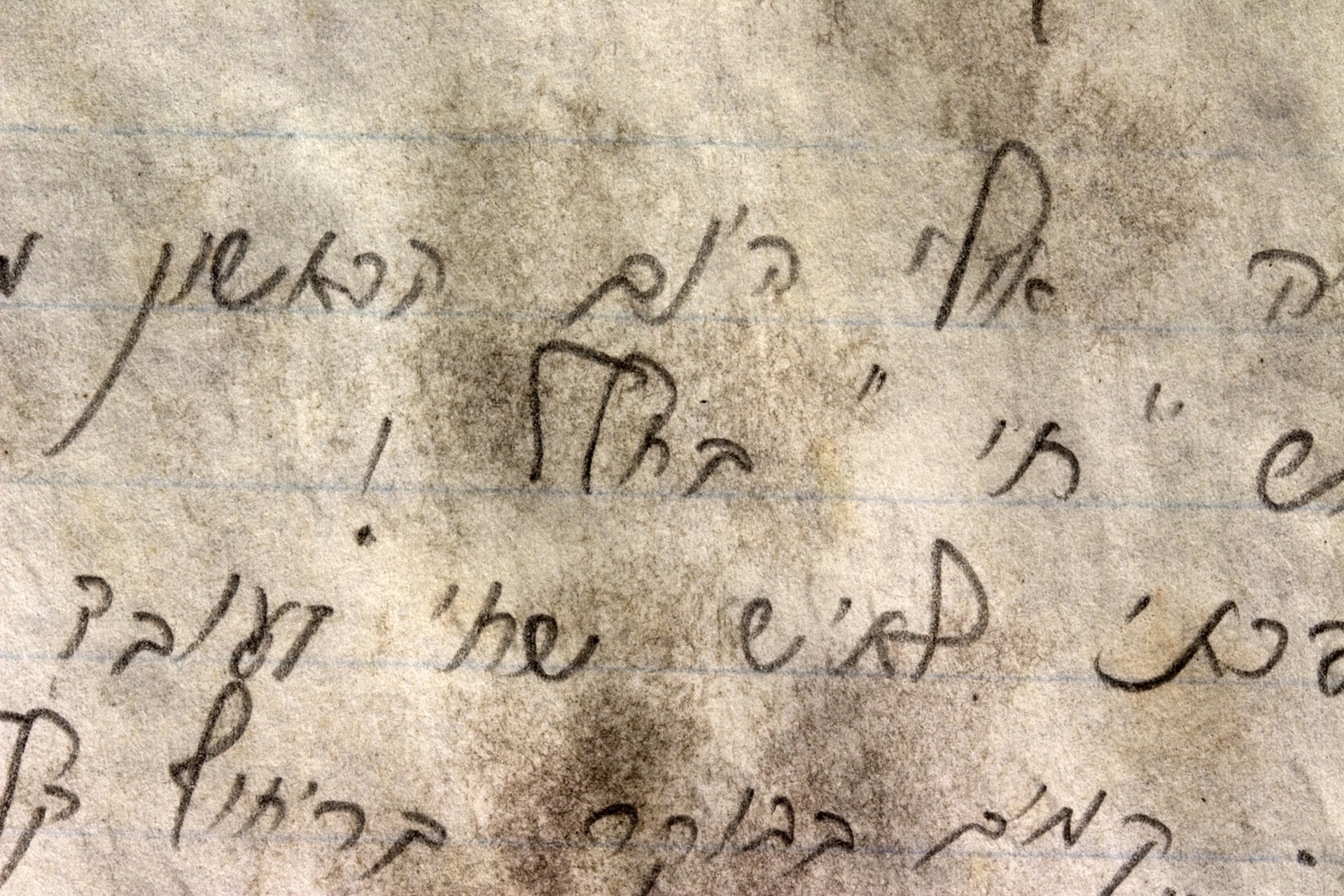 Image
Fragment from the diary of Ilan Ramon © The Israel Museum

WHAT: Through Time and Space brings together three historically significant artifacts linked by their survival through extraordinary circumstances: the restored diary of Israel’s first astronaut, a miniature Torah Scroll, and a fragment of the Dead Sea Scrolls. Presented together at the Israel Museum, this special exhibition creates a compelling narrative spanning thousands of years that weaves together personal stories with historic moments, archaeology, and technology.

The remains of the diary of Ilan Ramon, Israel’s first astronaut, forms the foundation of the exhibition. Recovered from a field in Texas after the 2003 explosion of the Space Shuttle Columbia and restored through extensive conservation, Ramon’s journal documents his personal reflections, experiences, and emotions while traveling through space. A second-generation Holocaust survivor, he believed that this mission marked a nationally significant moment for Israel and brought a series of objects with him that embodied the Jewish people and their traditions, including a miniature Torah Scroll that had survived the holocaust.

Unlike Ramon’s diary, the Torah Scroll brought on the Space Shuttle mission was never found, however, an identical version of the scroll is presented in the exhibition. Printed from the same 1920s edition that Ramon had, this scroll was brought to America by a refugee fleeing Berlin during World War II. Ramon’s wife, Rona, spotted the scroll in 2006, and obtained permission from its owner to send it into space with Canadian astronaut Steven G. MacLean to honor her husband’s memory and symbolically complete his journey.

These two objects are presented alongside the Enoch Scroll, one of the oldest sections of the Dead Sea Scrolls, dating between the first and second century BCE, which describes the experiences of the apocryphal Biblical figure of Enoch during his brief ascent to the cosmos. Ramon’s diary and the Enoch Scroll display surprising similarities, from their fragmented appearance, to their remarkable survival, to their poignant, evocative first-person accounts of journeying through the heavens and looking down on Earth from space.

The exhibition is accompanied by a catalogue in English and Hebrew.

WHO: Through Time and Space is organized by The Israel Museum, Jerusalem, with participation from the Israeli Space Agency and the Ministry of Science and Technology. It is curated by Dr. Adolfo Roitman, Curator of the Dead Sea Scrolls and Head of the Shrine of the Book; Hagit Maoz, Curator of the Dead Sea Scrolls at the Shrine of the Book; and Michael Maggen, Head of Paper Conservation at the Israel Museum.