Underexamined, Women-Led Pattern and Decoration Movement Explored in Expansive Exhibition at the Hessel Museum of Art

This June, the Hessel Museum of Art will present With Pleasure: Pattern and Decoration in American Art 1972–1985, the first full-scale scholarly North American survey of the groundbreaking yet understudied Pattern and Decoration art movement, originally on view at The Museum of Contemporary Art, Los Angeles (MOCA), from October 2019 to March 2020. 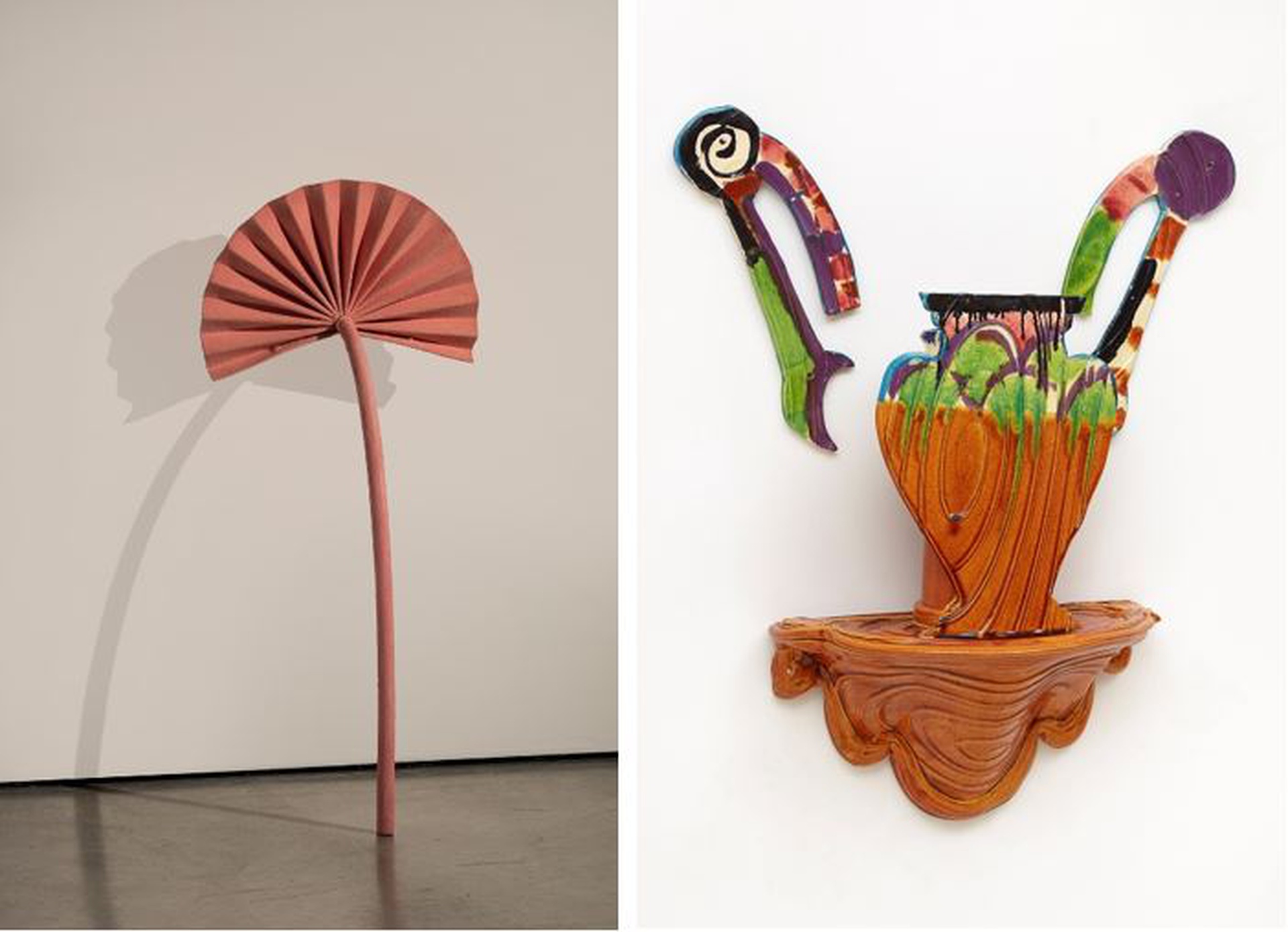 This June, the Hessel Museum of Art will present With Pleasure: Pattern and Decoration in American Art 1972–1985, the first full-scale scholarly North American survey of the groundbreaking yet understudied Pattern and Decoration art movement, originally on view at The Museum of Contemporary Art, Los Angeles (MOCA), from October 2019 to March 2020.

Spanning the years 1972 to 1985 and featuring 45 artists from across the United States, With Pleasure examines the Pattern and Decoration movement’s defiant embrace of forms traditionally coded as feminine, domestic, ornamental, or craft-based and thought to be categorically inferior to fine art. On view from June 26 to November 28, 2021, as part of CCS Bard’s 30th anniversary season, the exhibition includes major works from the Marieluise Hessel Collection of Contemporary Art, which CCS Bard Co-Founder Marieluise Hessel dedicated for the college’s exclusive and active use, including Robert Kushner, Kim MacConnel, Barbara Zucker, and Robert Zakanitch, among others.

“During CCS Bard’s 30th anniversary year, it is particularly meaningful to explore an underappreciated movement that was championed by CCS Bard Co-Founder Marieluise Hessel in its time, showcasing Marieluise’s characteristic embrace of important artists and works that have not yet made it into the mainstream,” said Tom Eccles, Executive Director of CCS Bard and Founding Director of the Hessel Museum of Art. “We are thrilled to partner with MOCA to shed new light on the influential and stunningly underexplored Pattern and Decoration movement through this exhibition.”

With Pleasure traces the movement’s broad reach in postwar American art by including artists widely regarded as comprising the core of the movement, such as Valerie Jaudon, Joyce Kozloff, Robert Kushner, Kim MacConnel, and Miriam Schapiro; artists whose contributions to Pattern and Decoration have been under recognized, such as Merion Estes, Dee Shapiro, Kendall Shaw, and Takako Yamaguchi; as well as artists who are not normally considered in the context of Pattern and Decoration, such as Emma Amos, Billy Al Bengston, Al Loving, and Betty Woodman. Originally on view at MOCA Grand Avenue and organized by MOCA Curator Anna Katz with Assistant Curator Rebecca Lowery, the exhibition is accompanied by a fully illustrated, scholarly catalogue published in association with Yale University Press.

Anna Katz, Curator, The Museum of Contemporary Art, Los Angeles, added, "The artists of this exhibition all radically took pleasure in color, excess, and impurity—and invited the viewer to do the same. The protocols of modern art and indeed centuries of the Western art tradition had essentially prohibited them from incorporating surface patterns, craft materials, ornamental motifs, and other supposed debasements of fine art. However, encouraged by 1970s social movements, P&D artists contended that such art world hierarchies were based on subjective value judgments, not absolute truths, and well past their expiration dates. So, when Pattern and Decoration artists embraced the wild color combinations, rich textures, and busy patterns of decorative art, they were also embracing new values for what counts as art and who counts as an artist. It seems to me that this is exactly the right moment to hear the unofficial P&D battle cry 'More is more.'"

Often described as the first contemporary art movement comprised of majority female artists, Pattern and Decoration—or P&D, as it is commonly known—defied the dominance of modernist art by embracing the much-maligned category of the decorative. P&D artists gleaned motifs, color schemes, and materials from the decorative arts, freely appropriating floral, arabesque, and patchwork patterns and arranging them in intricate, almost dizzying, and sometimes purposefully gaudy designs. Their work across mediums pointedly evokes a pluralistic array of sources from Islamic architectural ornamentation to American quilts, wallpaper design, Persian carpets, and Japanese Imari ware ceramics. Pattern and Decoration’s maximalist, eclectic citation of all things ornamental flew in the face of the reductive, cool aesthetics of minimalism, modernist ambitions to purity and self-reflexivity, and conceptual art’s demotion of the handmade. Most importantly, it was intended as a recuperation of forms and techniques historically discredited on the basis of their “femininity” and their status as craft. Shaped and driven in large part by feminism and the development of feminist art historical methods that demystified the logic and rhetoric of value assignation, Pattern and Decoration artists understood modernism as a puritanical art of exclusion—of progressively stripping away or excluding forms and materials deemed extraneous—and sought to create an art based on both aesthetic and political principles of inclusion.

P&D artists practiced a postmodernist art of appropriation born of love for its sources rather than the cynical detachment that became de rigueur in the international art world of the 1980s. Though little studied today, the Pattern and Decoration movement was institutionally recognized, critically received, and commercially successful from the mid-1970s to the mid-1980s. The overwhelming preponderance of craft-based practices and unabashedly decorative sensibilities in art of the present-day point to an influential legacy that is ripe for consideration.

The 328-page exhibition catalogue, With Pleasure: Pattern and Decoration in American Art 1972–1985, is edited by Anna Katz, and features seven newly commissioned essays by Katz, Elissa Auther, Alex Kitnick, Rebecca Skafsgaard Lowery, Kayleigh Perkov, Sarah-Neel Smith, and Hamza Walker, as well as artist biographies, a bibliography, an exhibition history, and reprints of historically significant writings. It marks the first publication in three or more decades for many of the artworks in the exhibition and presents new photography of the vast majority of the artworks. Designed by Green Dragon Office, the catalogue is published by MOCA in association with Yale University Press.

With Pleasure: Pattern and Decoration in American Art 1972–1985 is organized by Anna Katz, Curator, with Rebecca Lowery, Assistant Curator, The Museum of Contemporary Art, Los Angeles.

Underexamined, Women-Led Pattern and Decoration Movement Explored in Expansive Exhibition at the Hessel Museum of Art