Mohamed Bourouissa’s first major solo exhibition in Philadelphia will be presented at the Barnes Foundation June 30–October 2. The exhibition brings together approximately 60 works inspired by the French-Algerian artist’s first project in the US, which focused on a North Philadelphia community’s efforts at neighborhood revitalization and youth empowerment. Mohamed Bourouissa: Urban Riders will present this project for the first time in the US, providing a forum to reflect on issues of civic engagement. 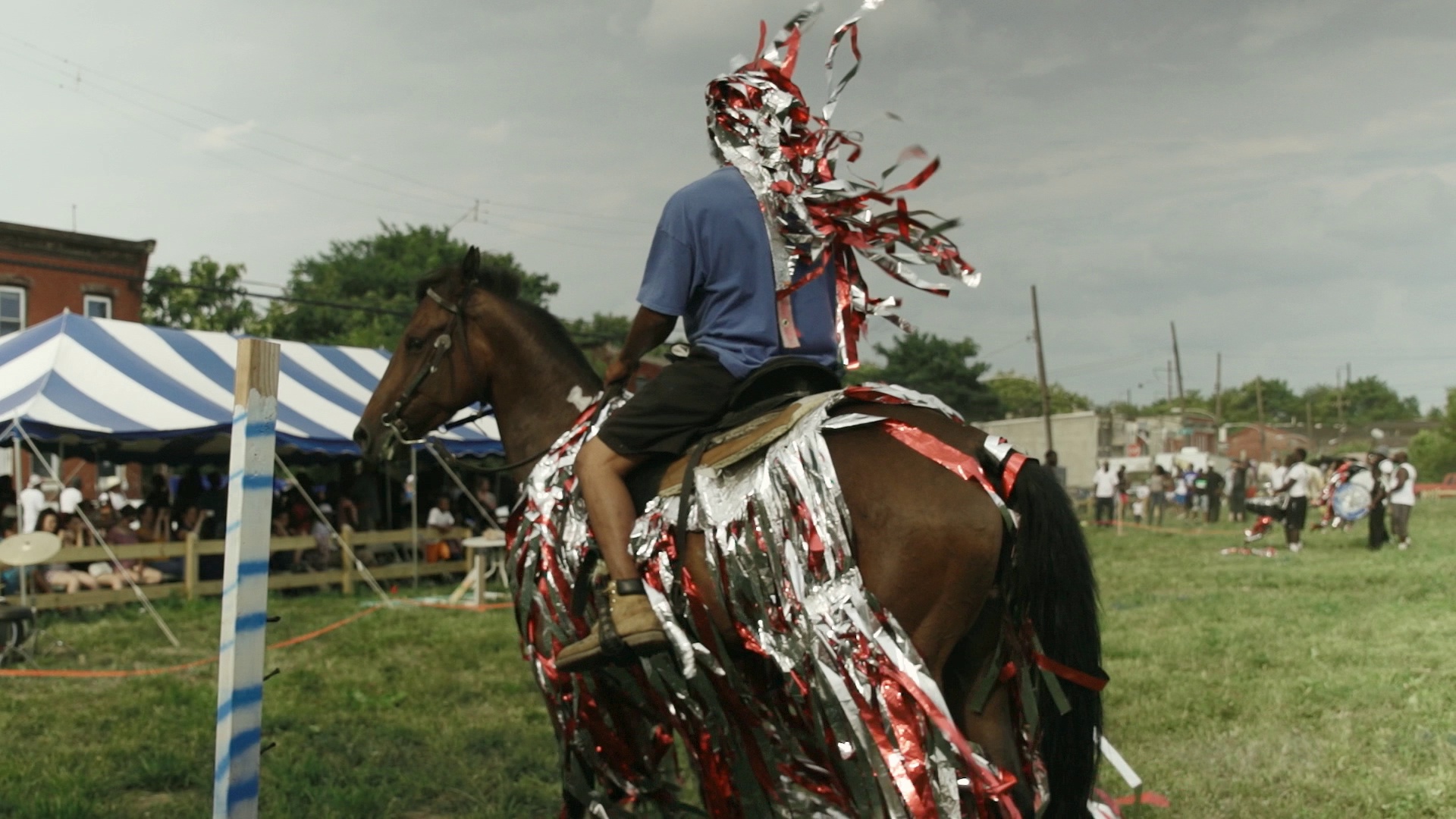 Mohamed Bourouissa’s first major solo exhibition in Philadelphia will be presented at the Barnes Foundation June 30–October 2. The exhibition brings together approximately 60 works inspired by the French-Algerian artist’s first project in the US, which focused on a North Philadelphia community’s efforts at neighborhood revitalization and youth empowerment. Mohamed Bourouissa: Urban Riders will present this project for the first time in the US, providing a forum to reflect on issues of civic engagement.

Major support for Mohamed Bourouissa: Urban Riders is provided by Étant Donnés Contemporary Art, a program of the FACE Foundation.

Born in Algeria in 1978, Mohamed Bourouissa is internationally acclaimed for works that address contemporary issues around culture, race, and class. His pieces grapple with the racial and socioeconomic tensions of Paris’s banlieues—suburbs synonymous with low-income housing—where he grew up, and of other cities he has worked in, including Marseille, Brooklyn, and Toronto. Engaging a diverse range of media and drawing inspiration from political theory and postcolonial studies, Bourouissa often works within and in collaboration with communities to create works in which documentary and fiction coalesce.

In 2014, Bourouissa turned his attention to North Philadelphia’s Fletcher Street Urban Riding Club, located in the heart of a community facing socioeconomic pressures similar to those of his former neighborhood. The club serves as a safe haven in which inner-city youth can learn to ride and care for horses. After immersing himself in this community, Bourouissa collaborated with the club’s riders to stage an equestrian event he titled Horse Day, which involved outfitting the horses and riders with extravagant costumes before they participated in a riding competition.Bourouissa’s documentation of the event—through films, photographs, drawings, and more—depicts the young riders and their decorated mounts as fantastic figures, transcending their economic circumstances and subverting the stereotype of the classic cowboy of the American West.

Since then, Bourouissa has been creating sculptural pieces made from car parts with photographs of the Fletcher Street riders printed on them. These monumental assemblage works—which form a series called The Hood—conjure the connections between the car and the horse and speak to the history of modern and contemporary sculpture. One new work from this series is included in the exhibition.

“Collaboration and community engagement are central to Mohamed’s practice; his initial artistic vision when embarking on a project evolves according to the input and actions of his collaborators and subjects, culminating in powerful works of art,” says exhibition curator Sylvie Patry, the Barnes Foundation’s deputy director for collections & exhibitions and Gund Family Chief Curator. “Urban Riders conveys a humanistic approach to contemporary challenges and societal tensions. The ideas of social justice and transformation present in Mohamed’s work resonate here at the Barnes: Dr. Barnes supported the Harlem Renaissance and took a democratic approach to the display and appreciation of art, highlighting the connections between cultures and artistic traditions.My hope is that this exhibition furthers new dialogue and establishes a link between the shared experiences of marginalized communities, especially young people of color.”

"I have always had a desire to work with a group of people or community rather than just do a project about them,” says Bourouissa. “I provide an impetus to begin something, then I film and document what happens. I think the most interesting part of a project is not the video or resulting material, but the energy that the event creates—between the participants, but also with the people of the neighborhood. I'm interested in building bridges, interactions, and exchanges."

Included in Mohamed Bourouissa: Urban Riders is Horse Day (2014), a 13-minute film showing footage of the Fletcher Street Urban Riding Club equestrian event, accompanied by preparatory sketches, photographs, and video footage from the day-to-day preparation. The show also features costumes, sculptures, posters, wallpaper, and flyers inspired by this project—many of which are new or have never before been exhibited in the US. The installation on view in the Roberts Gallery will be designed by the artist and will involve the participation of riders from the Fletcher Street Urban Riding Club.

The Hood, 2017: Sculptures made of discarded parts from French-made cars. The works in Bourouissa’s The Hood series are printed with portraits of the riders and images from his film Horse Day, and are mixed with harnesses, bits, and other pieces of horseback riding gear. A new work from this series is included in the exhibition.

Mohamed Bourouissa: Urban Riders will be accompanied by a fully illustrated catalogue, published by the Barnes Foundation and kamel mennour, Paris/London, including texts by Michael Nairn, Marc Donnadieu, Amanda Hunt, and Anna Dezeuze, as well as an interview with the artist by Okwui Enwezor.