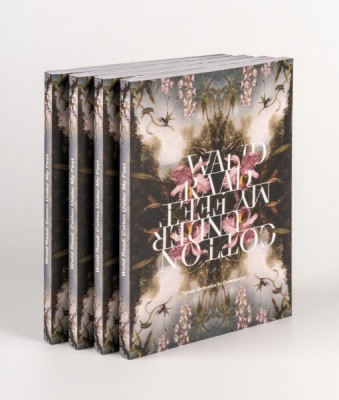 A new catalogue, Walid Raad: Cotton Under My Feet, published in conjunction with the exhibition currently on view at the Museo Nacional Thyssen-Bornemisza in Madrid, is now available. The comprehensive 174-page publication examines Raad’s solo exhibition of new works and performative walkthroughs, commissioned by Thyssen-Bornemisza Art Contemporary (TBA21) and specifically conceived for the Museum.

At the core of the new publication is a lavishly illustrated script of Raad’s performance, in which he entices readers to follow him into the tunnels of the conjecture he constructed. While reflecting on the potential legacy of the Thyssen-Bornemisza collections and their relation to the history of Western and non-Western art, Raad formulates a daring proposition with wide-ranging consequences: the urgent task to create just and transformative cultural institutions also rests on the ability of artists to reformulate the imaginative, metaphysical, and fictional horizons of world-making. 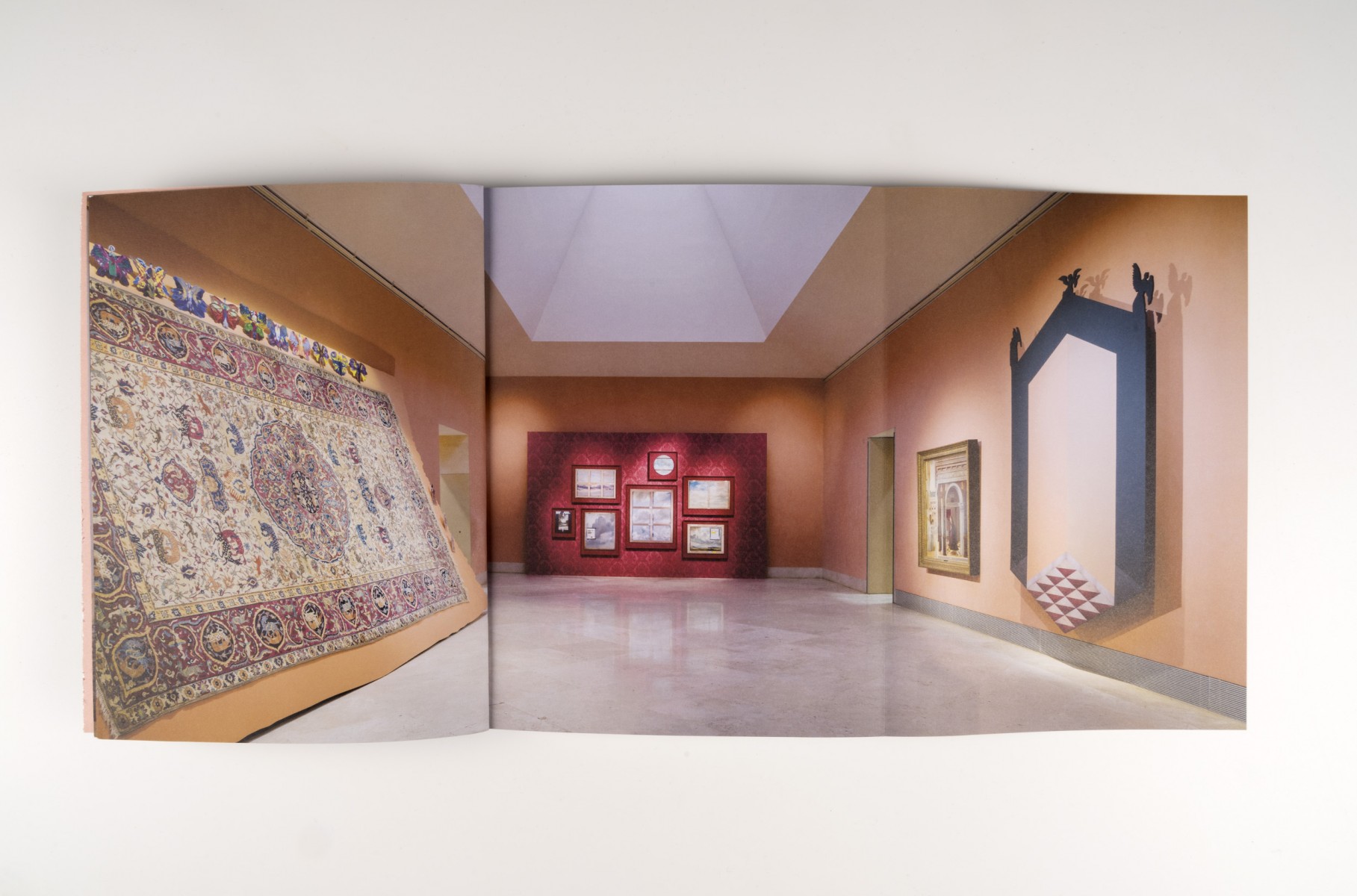 The catalogue features a rich selection of archival images to accompany Raad’s script and is supplemented by an extensive research bibliography. Essays by the exhibition curator Daniela Zyman and art historian Eva Ebersberger unpack Raad’s ritual of encounters that intermediates between history, its actualization, and the fictional. Writer and thinker Jalal Toufic elaborates on the labyrinth and the undeath realm, central concepts of Raad’s project. The publication opens with introductions by TBA21 founder Francesca Thyssen-Bornemisza and Guillermo Solana, artistic director of the Museo Nacional Thyssen-Bornemisza. The catalogue is published and distributed by Verlag der Buchhandlung Walther und Franz König.

Recently named one of the top ten international exhibitions of 2021 by El Pais, Cotton Under My Feet (open through 23 January 2022) presents work created during Raad’s three-year exploration of the Museum’s collection, archives, and genesis, resulting in museum-wide interpretive spaces that mobilize stories and premonitions around the collection. The U.S.-Lebanese artist presents imagined and hidden episodes, tangled connections, and alternative conservation protocols in his exploration of various historical collective realities surrounding the acquisition of the Thyssen-Bornemisza collection by the Spanish State. The result is a non-linear narrative body of work that incorporates installation, performance, photography, and video throughout the museum’s galleries. Cotton Under My Feet is part of an ongoing, multi-year collaboration between the Museum and TBA21.

The exhibition—which coincides with the centennial of the collection’s architect, Hans Heinrich Thyssen-Bornemisza—unearths the founder’s legacy through an examination of various odd artefacts that Raad found or imagines in the Museum’s collection. Unfolding across several galleries within the Museo Nacional Thyssen-Bornemisza, the exhibition memorializes the genesis of the Museum collections, as well as the Thyssen-Bornemisza family’s remarkable art holdings, and includes works such as a rare Persian carpet of the late sixteenth century; distinguished Renaissance gold and silver objects; Annunciation paintings by Gentile Bellini and El Greco; and Lucian Freud’s Man in a Chair (Portrait of Baron H.H. Thyssen-Bornemisza), 1985, among others, which anchor Raad’s exhibition in the institution.

Performances: In the form of a guided tour, the artist brings to light a three-year creative journey, resulting in a dizzying reflection on the potential legacy of the Thyssen-Bornemisza collection and its links to Western and non-Western art history. Join TBA21 and Walid Raad on a 70-minute performative walkthrough of the exhibition Walid Raad: Cotton Under My Feet at the Museo Nacional Thyssen-Bornemisza. The final series of performances are 13-16 January and 18-22 January 2022; two performances per day, 1 p.m. and 5:30 p.m. Walkthroughs are held in English with Spanish translation. Reservations via Eventbrite.

Walid Raad (b. 1967, Chbaniyeh, Lebanon) works across installation, performance, video and photography to explore how historical events of physical and psychological violence affect bodies, minds and culture. He is well known for The Atlas Group (1989-2004), a 15-year project about the contemporary history of Lebanon. Raad’s work has been shown in numerous international exhibitions including Documenta 11 and 13, the 14th Istanbul Biennial, the first Vienna Biennale, the 31st São Paulo Bienal, and the 50th Venice Biennale. He has had one-person exhibitions at the TBA21, Vienna; Louvre Museum, Paris; Stedelijk Museum, Amsterdam; Museo Reina Sofía, Madrid; Moderna Museet, Stockholm; and Carré d’Art, Nîmes. His 2015 survey exhibition at the Museum of Modern Art, New York, traveled to the Institute of Contemporary Art, Boston and Museo Jumex in Mexico City. His work is in the collections of the Tate Modern, London; Hamburger Bahnhof, Berlin; Walker Art Center, Minneapolis; National Museum of Modern and Contemporary Art, Seoul; and the Centre Pompidou, Paris, among others.