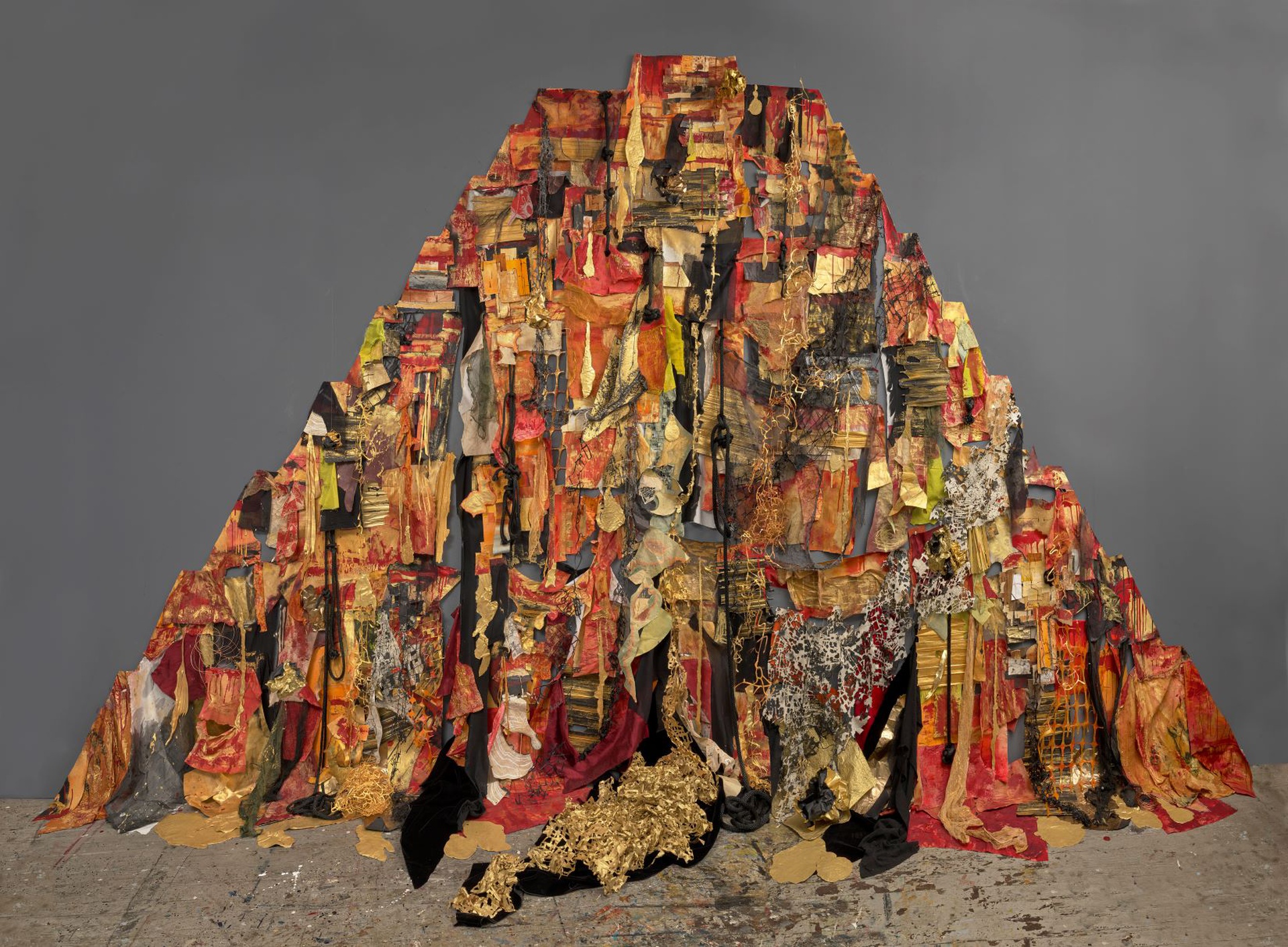 A unique holding of atlases, maps, and globes dating from 1434 through the 19th century, the Knafel Map Collection documents Europeans’ developing understanding of the world over four centuries. Captivating for their aesthetics as well as their political and social implications, these maps offer illuminating windows into the European Age of Discovery and its aftermath.

Whereas geographers adhere to particular mapping conventions and a largely standardized visual language, artists are not constrained by these rules. The artists in the exhibition bring diverse cultural perspectives, intellectual interests, and aesthetic approaches to their work. Their installations explore how American spaces are, and have been, imagined, drawn, measured, constructed, claimed, reclaimed, and contested, advancing the Addison’s mission of catalyzing fresh dialogue through provocative works.

“Wayfinding brings awareness to a unique and important historical collection at Phillips Academy, highlighting how the work of contemporary artists can encourage new ways of thinking,” said Allison Kemmerer, interim director of the Addison Gallery of American Art and Mead Curator of Photography and Senior Curator of Contemporary Art. “Using the Knafel maps as a springboard for artistic exploration, Wayfinding offers a glimpse into the creative engagement of six diverse artists with this historically significant, aesthetically resonant, and at times, politically charged, material.”

The artists and their works in the exhibition include:

Wayfinding is curated by Allison Kemmerer, interim director of the Addison Gallery of American Art and Mead Curator of Photography and senior curator of contemporary art, and Stephanie Sparling Williams, former assistant curator at the Addison and current associate curator at the Mount Holyoke College Art Museum. The exhibition is generously supported by the Sidney R. Knafel Fund, the Edward E. Elson Artist-in-Residence Fund, and a grant from the Artists’ Resource Trust.

Since welcoming Charles Sheeler to Andover as the museum’s first artist-in-residence in 1946, the Addison has provided generations of students with insight into the creative process and a rare opportunity to discuss ideas with major artists living and working on the Phillips Academy campus. Visiting artists have the use of an apartment and studio designed and fabricated in 1996 by artist David Ireland. In addition to creating new work on the Phillips Academy campus, artists-in-residence variously exhibit at the Addison, give public talks, critique student work, and lead discussions and workshops with students in Andover and the surrounding area. Alumni of the artist-in-residence program include acclaimed artists of the 20th and 21st centuries Dawoud Bey, Kerry James Marshall, Lee Mingwei, Laurie Simmons, Frank Stella, Jessica Stockholder, and William Wegman among many others.