Works from Photography and Language Movement by Lew Thomas, Donna-Lee Phillips, and Hal Fischer On View This Fall

Language, Sequence, Structure Opens at the Addison Gallery of American Art on October 1, 2021 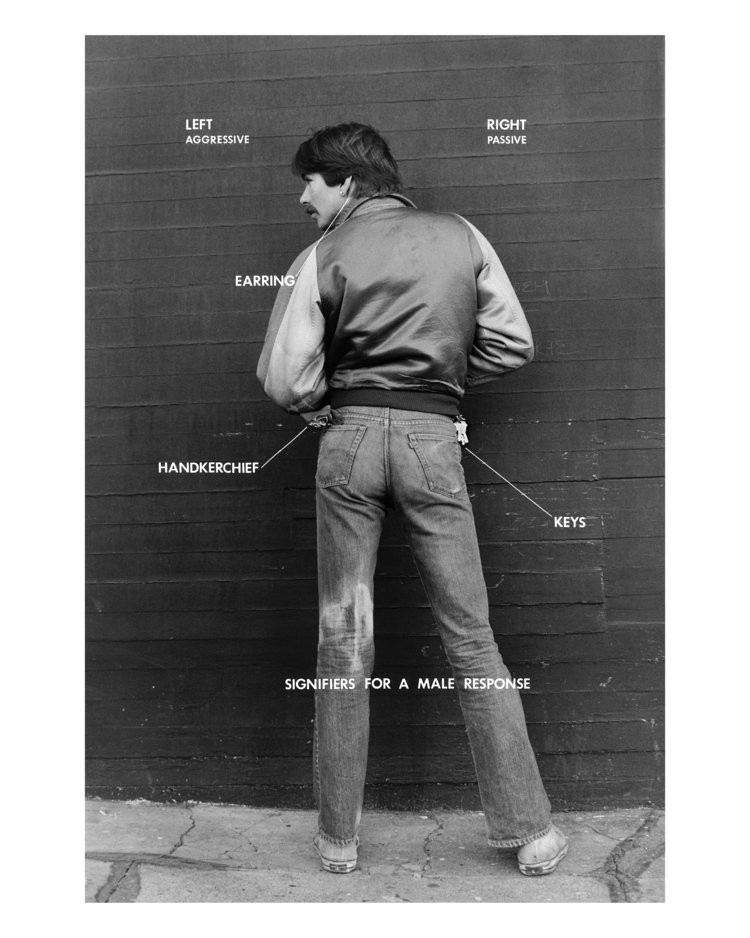 Language, Sequence, Structure: Photographic Works by Lew Thomas, Donna-Lee Phillips, and Hal Fischer will explore how these three artists in Northern California disrupted the photographic status quo in the 1970s. Opening at the Addison Gallery of America Art on October 1, 2021, the exhibition presents the photographic works these artists generated in reaction to the Bay Area artistic establishment that was rooted in a photographic tradition that privileged beauty, craftsmanship, and emotion over concept and theory. Included in the exhibition are the entirety of Fischer’s seminal series, Gay Semiotics; Phillips’ series, What Do I Mean When I Say Red? What Do You Mean?; and Thomas’ foundational conceptual works depicting everyday acts over multiple prints within a single frame.

“This exhibition highlights work from some of the most influential and important, yet largely under-recognized, photographic thinkers and practitioners of the late 20th century” said Gordon Wilkins, Robert M. Walker Associate Curator of American Art and the curator of Language, Sequence, Structure. “Even though their work is ‘conceptual,’ visitors don’t need to be steeped in philosophical treatises and theory to appreciate the ideas, humor, and innovation of these artists’ photographs. It’s a particular privilege to be able to show Thomas’ works alongside those of Fischer and Phillips, artists with whom Thomas collaborated and encouraged to pursue this new approach to photography.”

“The Addison has long been at the forefront of collecting, exhibiting, and promoting American photography and conceptual art,” said Allison Kemmerer, the interim director of the Addison Gallery of American Art, Mead Curator of Photography, and senior curator of contemporary art. “With its first purchase in 1934 of a photograph by Margaret Bourke-White, the Addison became one of only a handful of museums in the country to seriously collect photography. Since then, the museum has consistently made the medium a priority in both its collecting and programming, making the Addison one of the world’s most significant repositories of American photography. The works in Language, Sequence, Structure are the latest additions to our ever-expanding collection of photography, as well as conceptual art, and we are excited to share these complex photographic works with the public.”

Lew Thomas, who died in August 2021, was a photographer who used his knowledge of art theory and philosophy to launch an effort to distill photography “to the level of the idea.” Interested in casting away the dominant California photographic traditions that privileged spirituality, emotion, and deep concentration on craftmanship in the print-making process, Thomas recruited Hal Fischer and Donna-Lee Phillips to develop new relationships between photography and language. Working with a common theoretical foundation and a shared aesthetic vocabulary of sequence and structure, the three artists brought their own distinct points of view to the publications, exhibitions, and multipart photographic works they produced from the mid-1970s into the early 1980s.

Language, Sequence, Structure features major works by these photographers. On view are Hal Fischer’s Gay Semiotics (1977), which features images from San Francisco’s Castro and Haight-Ashbury neighborhoods with overlaid text that became a landmark analysis of gay historical vernacular as well as a humorous appropriation of structuralist theory. Also on view are two works by Lew Thomas depicting everyday actions—a garage door opening and closing, a sink filling and draining—across a series of photos within the same frame; and Donna-Lee Phillips’ series, What Do I Mean When I Say Red? What Do You Mean? (1980), an exploration of the emotional connotations attached to the color red, and a philosophical investigation of the inadequacy of communication. The exhibition also includes Fischer’s rarely seen 18th near Castro St. x 24 (1978), a series of 24 photographs and accompanying written commentary documenting the ebb and flow of visitors to a popular bus stop in the Castro District over a period of 24 hours. The series captures the pervasive yet fleeting sense of liberation and freedom that characterized queer life in San Francisco before the ravages of HIV/AIDS.

Devoted exclusively to American art, the Addison opened in 1931 and holds one of the most important American art collections in the world. Its collection includes more than 23,000 works by artists such as John Singleton Copley, Thomas Eakins, Winslow Homer, George Bellows, Georgia O’Keeffe, Jackson Pollock, Jennifer Bartlett, Lorna Simpson, Kara Walker, Jaune Quick-to-See Smith, Kerry James Marshall, and Mark Bradford, as well as photographers Eadweard Muybridge, Walker Evans, Robert Frank, Cindy Sherman, Laurie Simmons, Sally Mann, Dawoud Bey, Carrie Mae Weems, and many others. The Addison Gallery, located in a stand-alone building on the campus of Phillips Academy—a residential school of grades 9 through 12 in Andover, Massachusetts—offers a continually rotating series of exhibitions and programs, all of which are free and open to the public.

Works from Photography and Language Movement by Lew Thomas, Donna-Lee Phillips, and Hal Fischer On View This Fall