World Premiere of An Occupation of Loss by Taryn Simon

Explores Rituals of Grief and Mourning Through Sculpture, Sound, Architecture, and Performance 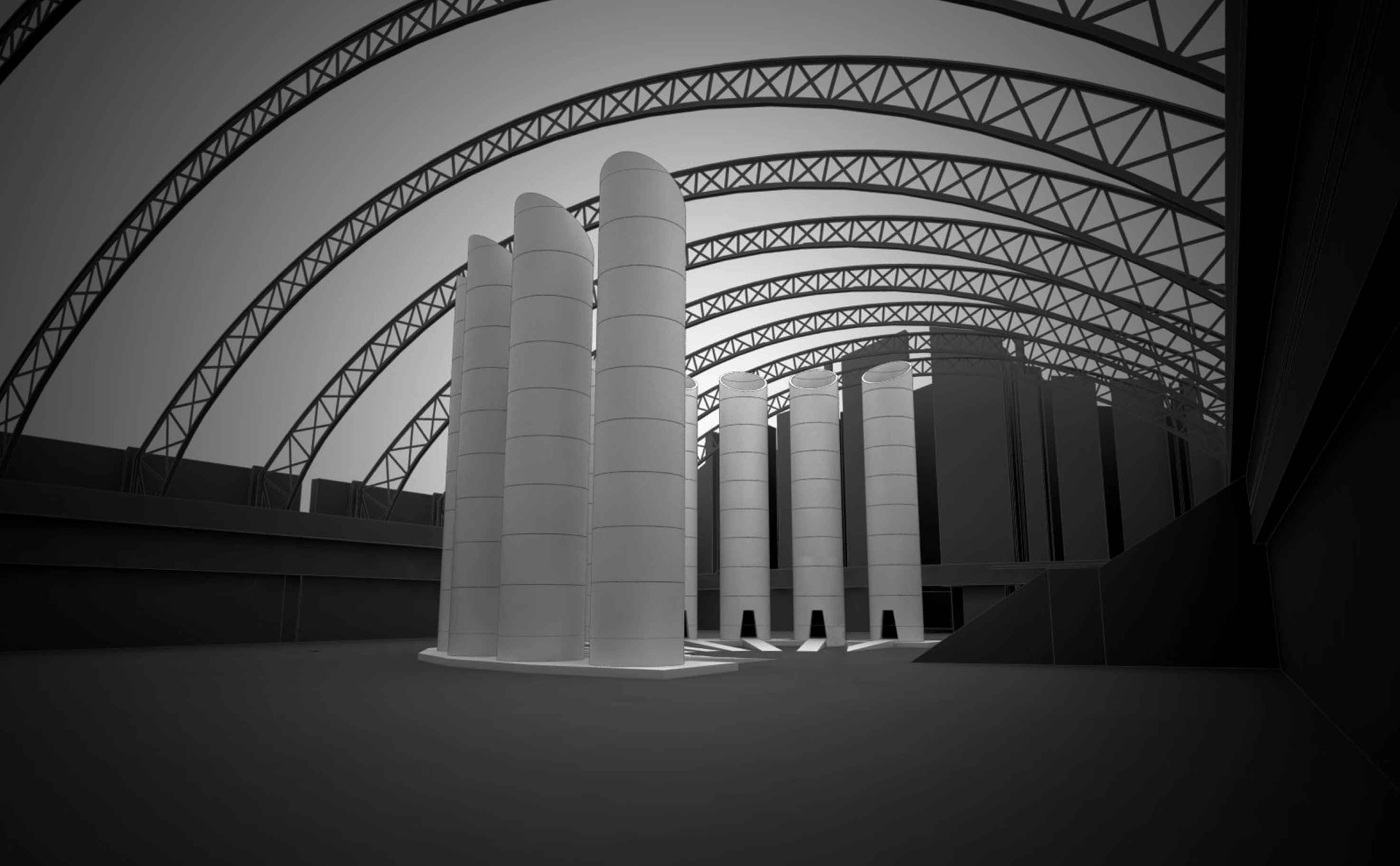 Explores Rituals of Grief and Mourning Through Sculpture, Sound, Architecture, and Performance

Artist Taryn Simon has created a major new work for Park Avenue Armory’s Wade Thompson Drill Hall, co-commissioned by the Armory and Artangel, London. A conceptual artist working primarily with image and text, Simon breaks form with her first-ever directed performance in a monumental sculptural setting, in which she considers the anatomy of grief and the intricate systems that we devise to contend with the irrationality of the universe. On view September 13 – 25, 2016 at the Armory, An Occupation of Loss will be presented by Artangel in London next year.

Each evening, more than 30 professional mourners from many parts of the globe activate the installation of 11 concrete pipes, each measuring 48 feet in height, designed by the artist in collaboration with architecture firm OMA/ Shohei Shigematsu. Like Zoroastrian “towers of silence,” the installation makes explicit the never-ending human need to give structure to death in order to understand it.

Within each towering structure, the mourners enact rituals of grief that resound throughout the vast drill hall. Their rituals are orchestrated by the collective presence, absence, and movement of the audience within the installation. Each performance unfolds from a convergence of unique and unrepeatable factors. The mourners’ recitations of tuneful, textual weeping include: Albanian laments, excavating “uncried words”; Venezuelan laments, safeguarding the soul’s passage to the Milky Way; Greek laments, binding the story of life with afterlife in polyphonic poetics; and Yezidi laments, mapping a topography of exile. The professional status of these mourners—performing away and apart from their usual contexts—underscores the tension between authentic and staged emotion, spontaneity and script.

Simon’s large-scale sculpture of inverted wells functions as a discordant instrument. During the daytime, visitors are invited to activate the sculpture with their own sounds, as a subtle drone created from recordings of the mourners’ rituals provides echoes of the evening performances.

“Taryn has spent years working with anthropologists and scholars exploring the nature of death and grief across international borders, and the work she has created for our drill hall promises to challenge visitors to confront preconceived notions about how we process pain and sorrow,” said Rebecca Robertson, President and Executive Producer of Park Avenue Armory. “We are thrilled to welcome visitors to the Armory to be integral parts of this ambitious work—alongside professional mourners throughout the night hours, and during the daytime activating the immense sculptural pipes with the sounds of visitors.”

Known for her research-driven approach, An Occupation of Loss builds upon Simon’s practice, which has yielded such impactful bodies of work as The Innocents (2002), An American Index of the Hidden and Unfamiliar (2007), Contraband (2010), and A Living Man Declared Dead and Other Chapters I-XVIII (2011), as well as the more whimsical The Picture Collection (2013), Birds of the West Indies (2013-14), and her most recent series of large-scale photographs and sculptures, Paperwork and the Will of Capital (2016).

An Occupation of Loss probes the intangible authority of the mourners in negotiating the boundaries of grief between living and dead, ancient and modern, performer and bereaved. The cacophony echoing from the installation disorients exactly who, or what, is being mourned. Without a body at the center, there is no object to receive the mediation of grief, no end to the recitation of loss.

About the creation of An Occupation of Loss, Taryn Simon says:

“The abstract space that grief generates is marked by an absence of language. Individuals and communities can be transformed, redefined, reprogrammed. Results are unpredictable—the void that loss creates can be filled by religion, nihilism, militancy, benevolence.

“Discontent is publicly performed in the act of lamentation. The bereaved grant the mourners the authority to occupy, negotiate, and shape their loss. The mourners control a psychological experience by directing and embodying the emotion of others. Despite this authority, the mourners commanding this abstract terrain have often been marginalized by governments, economic systems, and orthodoxy.

“Visually and sonically, I kept gravitating toward the form of a well, but I wanted it to be super-terrestrial and have height instead of depth while retaining the echo, the reflection, and the vertigo.”

World Premiere of An Occupation of Loss by Taryn Simon