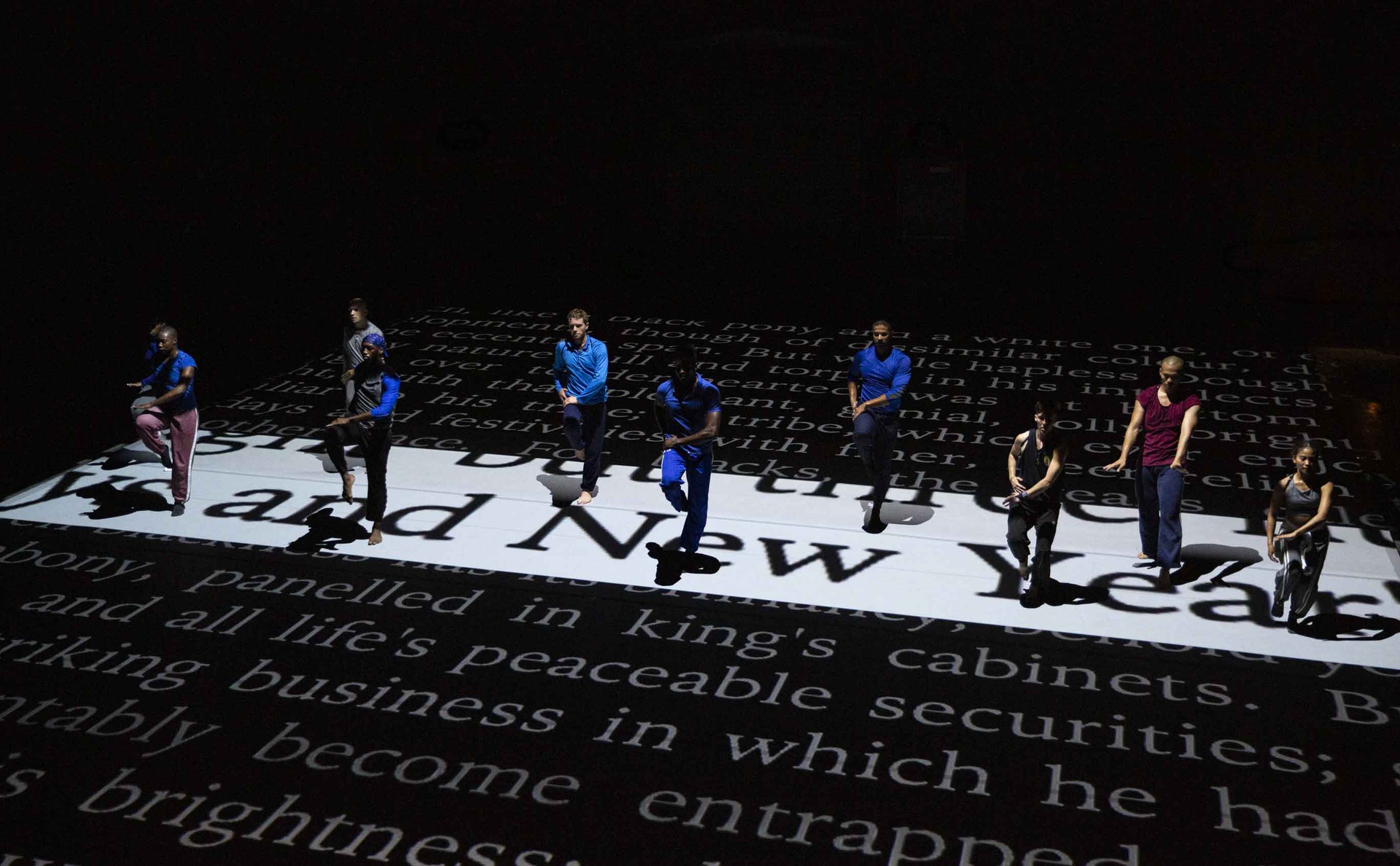 Following this spring’s sold-out run of Afterwardsness, renowned director, choreographer, and dancer Bill T. Jones returns to Park Avenue Armory to present and perform in the world premiere of his monumental new work, Deep Blue Sea. The production marks Jones’ first time performing in over fifteen years. Using deconstructed texts from Martin Luther King Jr.’s “I Have a Dream” and Herman Melville’s Moby Dick, the highly personal work explores the interplay of single and group identities and the pursuit of the elusive “we” during fractious times. Deep Blue Sea is Jones’ second Armory commission this year, following Afterwardsness—part of the Armory’s Social Distance Hall commissioning initiative—which was performed by the Bill T. Jones/Arnie Zane Company in the Wade Thompson Drill Hall in May.

The work commences with a solo by Jones and builds into a collective performance featuring 100 community members and dancers led by Jones and the Bill T. Jones/Arnie Zane Company. Conceived for the Drill Hall, Deep Blue Sea magnifies the vast space through a visual environment by Elizabeth Diller of the acclaimed architectural firm Diller Scofidio + Renfro and projections by Tony Award-nominated projection designer Peter Nigrini (Beetlejuice, Fela!). Diller's design utilizes dynamic projections, supported by theatrical lighting. This non-traditional relationship between video and theatrical lighting transforms the entire stage into a large-scale, immersive screen. An original vocal score by composer Nick Hallett and electronic soundscape by Hprizm aka High Priest, Rena Anakwe, and Holland Andrews echoes the words of King and Melville. Deep Blue Sea is commissioned by the Armory and Manchester International Festival in collaboration with the Holland Festival, and produced and developed in collaboration with New York Live Arts. Performances will run from September 28 to October 9, 2021.

“Through commissions like Deep Blue Sea, the Armory provides artists the support and the space to expand their creative practices in ways that would be unimaginable elsewhere. With this new work, Bill has harnessed the power of the Drill Hall once again to create a lyrical piece that is epic in size, emotion, and ambition,” said Rebecca Robertson, Founding President and Executive Producer of Park Avenue Armory. “Inviting community members from across the city into his choreography adds a meaningful new dimension to Deep Blue Sea, an element of gathering that takes on special resonance after this year of separation and isolation.”

“Bill T. Jones has long possessed a particular skill for harnessing the power of dance as both a narrative medium and a means to address contemporary issues. With Afterwardsness, Jones created a work that expressed the trauma and isolation of the twin pandemics of COVID-19 and ongoing racial violence. With Deep Blue Sea, he offers a glimpse of the salvation that can come with unity and community,” said the Armory’s Marina Kellen French Artistic Director Pierre Audi. “Intertwining his dynamic choreographic style with elements of spoken word, music, and design, Deep Blue Sea is a crowning achievement for Jones and a perfect embodiment of the kind of interdisciplinary work we are committed to commissioning.”

“Performing alongside the young, robust ensemble of the Bill T. Jones/Arnie Zane Company and the dynamic group of 90 community members gives me hope in these fractious times,” said Bill T. Jones. “The constantly morphing, evocatively weaving designs of Liz Diller and Peter Nigrini, as well as the emotionally complex score by Nick Hallett performed by Hprizm with a select group of vocalists, underscore the poignancy and power of the elusive ‘we’ this piece is in the pursuit of.”

A MacArthur “Genius” Award recipient and two-time Tony Award–winning choreographer (Spring Awakening, Fela!) revered internationally for his skill at storytelling through movement, Jones conceived this work as a creative response both to his own life and the pursuit of unity and community in divisive times. A collage of personal and textual references, Deep Blue Sea examines our desire for community and the vision of collective redemption.

In conjunction with Deep Blue Sea, the Armory will host an artist talk on Thursday, September 30 featuring Bill T. Jones and Elizabeth Diller in discussion about the process of creating this expansive new work for the Drill Hall.

Friday and Saturday at 8:00pm