Curated by O’Farrill and Featuring Works for the Afro Latin Jazz Orchestra, Choir, and Solo Trumpet, Program Harnesses the Power of Activism and Jazz 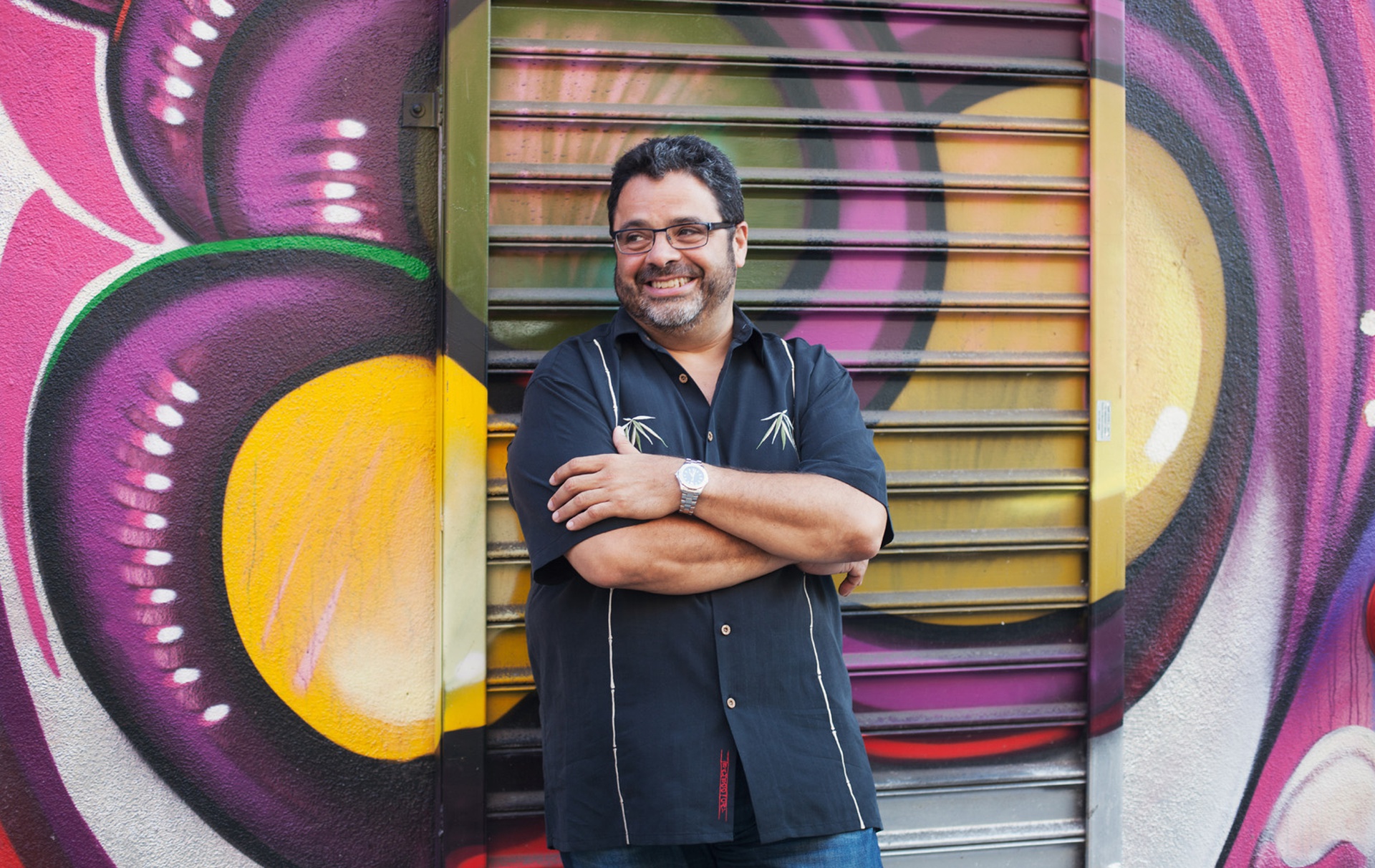 Curated by O’Farrill and Featuring Works for the Afro Latin Jazz Orchestra, Choir, and Solo Trumpet, Program Harnesses the Power of Activism and Jazz

The Apollo Theater will present Jazz and Spirit, an evening featuring new jazz works that explore the connections between jazz, spirituality, national politics, and activism on Saturday, May 21 at 8:00 p.m. Curated by GRAMMY Award-winning pianist and composer Arturo O’Farrill, the program features the musician’s second Apollo commission, “The Cornel West Concerto,” complemented by additional compositions that explore some of today’s most pressing social issues at the fore of the current American political dialogue. O’Farrill won a 2016 GRAMMY for his first Apollo commission, “The Afro Latin Jazz Suite,” a featured composition on his latest studio recording, Cuba: The Conversation Continues.

The score of “The Cornel West Concerto” will accompany and punctuate Dr. West’s dialogue from his latest speeches as well as performance of his own spoken word improvisation.

“We are so proud to bring together the incomparable Arturo O’Farrill and Dr. Cornel West on our stage, and to celebrate the rich history of the jazz community’s deep political and social engagement,” said Mikki Shepard, the Apollo Theater’s Executive Producer. “From the days when the Apollo was one of the only places where Billie Holiday could perform ‘Strange Fruit,’ the Apollo, jazz, activism, and spirituality have been inextricably linked. It is important as part of our contemporary programming that we look to this legacy as we support artists in the creation of new works that speak to our present moment.”

“‘The Cornel West Concerto’ is about bringing attention through Dr. West's brilliance and vision, coupled with the subversive power of the Afro Latin Big Band, to the power of revolutionary thought that demands we take stock of where we are as a country and demand better,” says Arturo O’Farrill, pianist/composer and Artistic Director of the Afro Latin Jazz Alliance. “We must pay tribute to the jazz greats like Coltrane, Holiday, Mingus, The Art Ensemble of Chicago, and carry on their legacy of bringing attention to the real issues of modern society through jazz music.”

The performance will also feature “A Still Small Voice,” a composition by O’Farrill for choir that confronts moral considerations inherent in the recent banking crisis and economic downturn. Inspired by a passage from 1 Kings in the Bible, the piece explores the fragility of human conscience.

O’Farrill’s “Trump, Untrump,” composed during a 2015 residency in Petersburg, NH, will be performed by the Afro Latin Jazz Orchestra and alludes to current political dialogues surrounding Donald Trump. Drawing from the cyclical nature of human existence itself, the work ultimately offers a hopeful path forward.

Jazz and Spirit is the culmination of the Apollo Theater’s 2015-2016 season, which also featured the New York premiere of Charlie Parker’s YARDBIRD, the Apollo’s first opera presentation; the fourth annual Africa Now! concert celebrating the contemporary music scene across the continent; The New Orleans Jazz Orchestra in concert with Dee Dee Bridgewater and the Brass-A-Holics; Breakin’ Convention, an international festival of hip-hop dance theater; and the launch of the Apollo’s new series featuring emerging comics, Apollo Comedy Club.